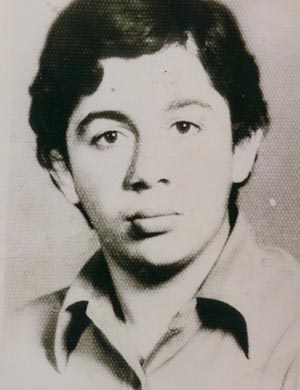 Shahid Ahmad Qassir was born in a religious family in Southern Lebanon, in the village of Deir Qanoun Al Nahr. He was raised up in the village.


As a child, Ahmad was very smart. In a precise incident at age of 4, he acted much more mature than supposed. At days when his father heads to gather the crops of their cultivated land, he would go and collect the crops and come back home to give it to his father. 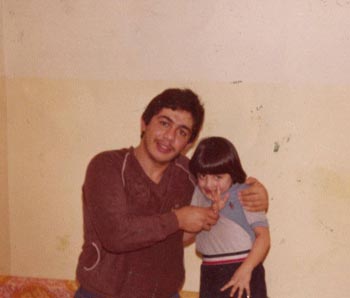 He was caring and supportive to all his friends and family. He helped the poor and the needy. Ahmad always called people to destroy the permits given by the Zionist enemy and never resort to using them as it is an implicit recognition of the enemy. Ahmad was very brave and courageous and participated in a number of operations against the Zionist enemy until the day he became the "prince of Self-sacrifice martyrs" after he operated the first martyrdom operation in the history of the Islamic resistance.


1982: Ten minutes before the clock strikes seven: a martyrs' era is launched


This is a witness of Dr. Hassan Zein who was working at the time at Jabal Amel Hospital, the building adjacent to the-then headquarters of "the ‘Israeli' military governor" in Tyre city.

Dr. Zein describes what he saw at time of the operation as follows: "Back in those particular days, when the "Iron Fist", as described back then, had been intensified by the occupation against our people. It was winter time and the day before the operation heavy rain started a flood that damaged many of the enemy soldiers erected tents in the Buss area, forcing the soldiers to hide in the military governor's building, which was already filled with soldiers at the time."


He added: "At about 6:50 a.m. I was lying down in a room opposite the building, I stood in shock for a few moments not knowing what happened, due to the intensity of the explosion I did not hear the sound at all but saw with my own eyes how the eight story building collapsed one layer upon the next, then the ammunition store caught on fire and began exploding. I felt it was a resistance operation, but I did not know it was a martyrdom operation until one of the local citizens, who had been in his car near the building, came and told me how a white car driving at high speed quickly overtook him and swiftly entered the building.


Enemy leadership in panic and alarm


Dr. Zain said: "Enemy death toll reached more than two hundred. I base my words on the basis that minutes after the start of the rescue operation, which began two hours after the martyrdom operation, I saw about 45 bodies lying on the road, add the number of flooded out soldiers that left their tents and came to shelter in the said building, additionally, the operation occurred at 6:50 a.m. which some 20 minutes after night patrols finish their night shift at 6:30 a.m. and the 7:00 a.m. switch over starts. 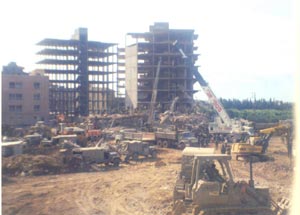 This means the night patrols were present with the required daytime switch personnel, hence this opportunity determines the presence of all these soldiers under the building rubble."

He pointed out that "two hours of continuous confusion and constant crying by the soldiers filled the area; the surviving soldiers were so few you could count them on your fingers, they did not know what to do after their leaders and superiors were killed under the destroyed building."

At 9:00 a.m., two hours after the operation, several helicopters came to the scene and about 25 people civilian dressed personnel disembarked, I knew they were enemy intelligence. Upon arriving they started throwing bodies inside the helicopters in a terrible speed so as not to be seen or photographed by anyone." 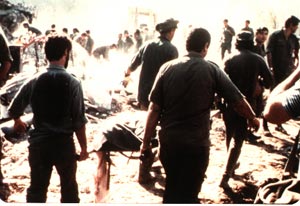 In the afternoon hours the-then ‘Israeli' War Minister Ariel Sharon attended accompanied by a number of ‘Israeli' officials, of whom I remember Mordechai. Signs of frustration covering their faces they turned our hospital into military barracks for the duration of the rescue operations, which lasted until the following day."

On the third day, the ‘Israelis' gave up any hope of any survivors remaining and began bulldozing operations, killing a wounded ‘Israeli' in the process as I recall." 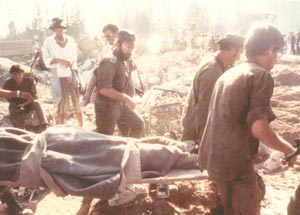 When asked how he felt on this anniversary, Dr. Zain said: "These are really wonderful moments, every time I remember them I feel a sense of pride and honour for witnessing enemy soldiers crying and wailing, I witnessed the occupation's defeat and the refraction of its muscle."


The martyr's mother only learned of his martyrdom one year later


In Deir Qanoun Annaher town, the birthplace of martyr Ahmad Qassir, the town's entrance welcomes you with a huge statue of the martyr Ahmad only a few meters away from the family home. There you are greeted by the martyr's mother who back then, did not find out about the martyrdom of her son Ahmed until after one year, and she says: "Ahmed went to Beirut to work in his father's shop. As usual I waited for him to return on Friday, but he did not return. 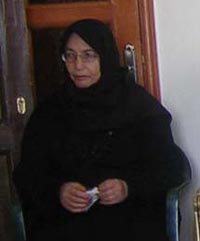 It was Sunday and still no sign of him, I immediately traveled with his father to Beirut and started asking his relatives and friends about him, but none knew anything. We went as far as placing Ahmed's photo in the ‘missing persons' column in the newspaper, without success. I lived the sufferings of the bereaved mother for nearly a year, not leaving a stone unturned searching for Ahmad, but it never occurred to me that he may have fallen martyr in an operation, because if he had I would have been informed naturally. But martyr Ahmad's will prevented me from knowing, since he had left clear instructions in his will, not to have his name mentioned until after the withdrawal of the enemy from the area in order to protect us- his family."

Martyr Ahmad's mother found out about his martyrdom by mistake through one of the sisters who quickly took back her remarks. "So I immediately went to Beirut to martyr Ahmad's brother - who was aware of his martyrdom at the time - and asked him about the fate of his brother Ahmed, but he hid any knowledge of it until I made him swear an oath on the Messenger of God
and the blood of Imam Hussein (p), when he then told me the truth."

"The martyr's mother feels that each one of the resistance fighters is Ahmed", she added saying "I am proud of the self-respect and dignity Ahmed and his ilk granted all the Lebanese."

November 11, a date the Zionists will not forget, the date the age of martyrdom operations was ushered in, other operations quickly followed respectively by martyr Bilal Fahs, Sana Mheidly, Hassan Qassir and many others, who by their blood and the blood of the martyrs and the wounded, the toil of the mujahedeen founded the beginning of the Zionists' defeat in year 2000 and the "Divine Victory" in July 2006, and created a resistance to remain as Lebanon's protective shield.

Martyr's Day embodies the anniversary of Ahmed Qassir, the harbinger of the era of martyrdom
operatives.

On the 11th of November, 1982, large parts of Lebanon were living under "Israeli" occupation only a few months after an invasion reached Beirut, the Mount, part of the Bekaa, as well as the entirety of South Lebanon.


On that date, the Islamic Resistance, still operating in secret, directed a painful blow to the enemy, the first of its kind in the enemy's occupation history, where a car packed with explosives targeted the Zionist military governor's headquarters at Jall al-Baher area in Tyre city.

A huge explosion tore through the seven storey building, occupied at the time by the occupation army including and its head the military governor, leaving hundreds of "Israelis" between dead and wounded.

"Israel" announced three days of mourning, admitting to the death of some seventy-five officers and soldiers, but remained unable to unlock the mystery behind this event, after having claimed that what happened was an accidental explosion of gas cylinders! 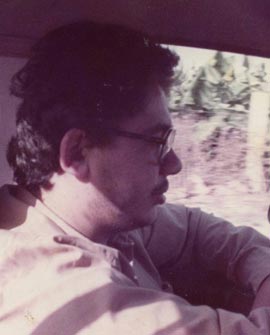 "Think not of those who are slain in God's way as dead. Nay, they live, finding their sustenance in the presence of their Lord"