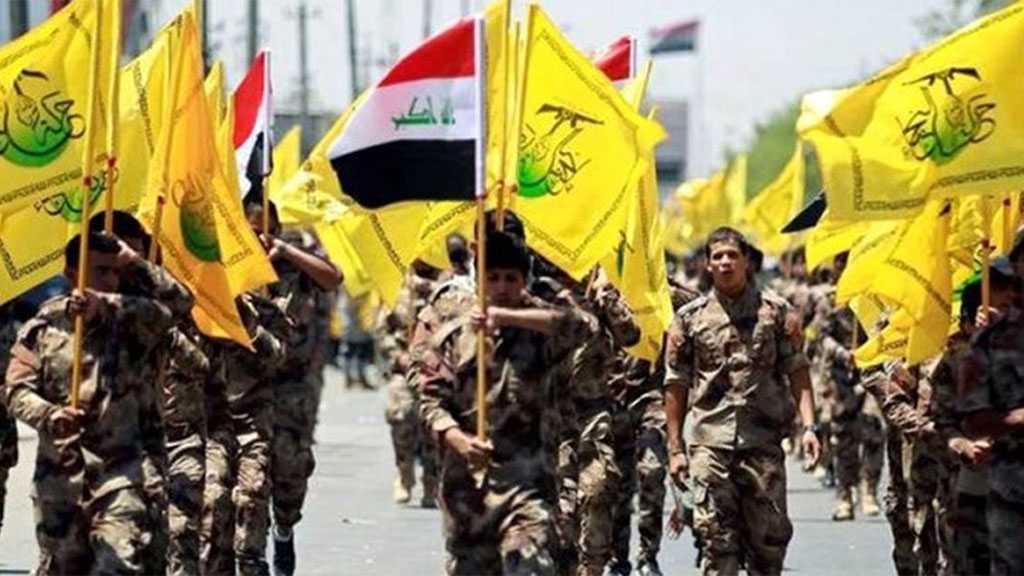 The Iraqi resistance groups targeted by US sanctions said the restrictive measures show that their counter-terrorism campaign poses a challenge to the Americans, stressing that the bans will fail to weaken their resolve to protect the homeland and restore its sovereignty.

The Asaib Ahl al-Haq and Kataib Hezbollah, both subdivisions of Iraq’s Popular Mobilization Units [PMU], better known in Arabic as Hashd al-Shaabi, said on Tuesday that they would remain impervious to the US sanctions.

A day earlier, the US State Department said it had imposed sanctions on the two Iraqi resistance factions under the so-called Iran, North Korea, and Syria Nonproliferation Act [INKSNA], which prohibits arms transfer to those targeted.

Asaib politburo spokesman Mahmoud al-Rubaie told Iraqi al-Ahad news website that the US restrictive measures against resistance groups as “a battle between right and wrong,” saying they represent the extent of the failure that successive US administrations have suffered in the Middle East.

The US sanctions did not catch Asaib by surprise since the group “expects anything from them [the Americans],” he added. “Whatever they do will not affect us because we are strong.”

Rubaie also said that the United States “is concerned about the political presence of the resistance and is therefore seeking a way to escape ... Of course, the [Iraqi] government is also weak and cannot counter US pressure.”

Washington wants a “poor Iraq,” where the youths are jobless, he said.

Similarly, Asaib politburo member Ahmad al-Mousavi said that Washington was trying to drive the resistance out of the Iraqi political equation because it had brought about the failure of US schemes in the Arab country.

“US sanctions will not affect the performance of the Asaib Ahl al-Haq and will not remove this resilient Iraqi group from the political scene,” he added.

Mousavi expressed hope that the Iraqi government would take a clear stance on the new US bans, complaining, however, about Baghdad’s silence in the face of US restrictions against resistance groups over the past year.

Meanwhile, the Kaf Telegram channel, a Kataib Hezbollah-affiliate, said, “Let them impose on us whatever sanctions they have at their disposal. It is an honor that we are still a difficult challenge in their calculations.”

“We will continue our path to restoring [Iraqi] sovereignty and dignity by relying on God,” it said.

In early 2003, the US invaded Iraq under the later debunked pretext that the regime of Saddam Hussein possessed weapons of mass destruction.

It withdrew soldiers from Iraq between 2007 and 2011, but redeployed them in 2014 along with other partners to allegedly counter the threat of Daesh.

Iraq managed to end the territorial rule of the Takfiri terrorist group in the country thanks to the sacrifices of the national army and Hashd al-Sha’abi, which had the backing of neighboring Iran.

Two days later, the Iraqi parliament unanimously approved a bill, demanding the expulsion of all foreign military forces led by the United States from the Arab country.

Since then, however, Washington has been dragging its feet on the troop pullout and targeting anti-terror groups from time to time.