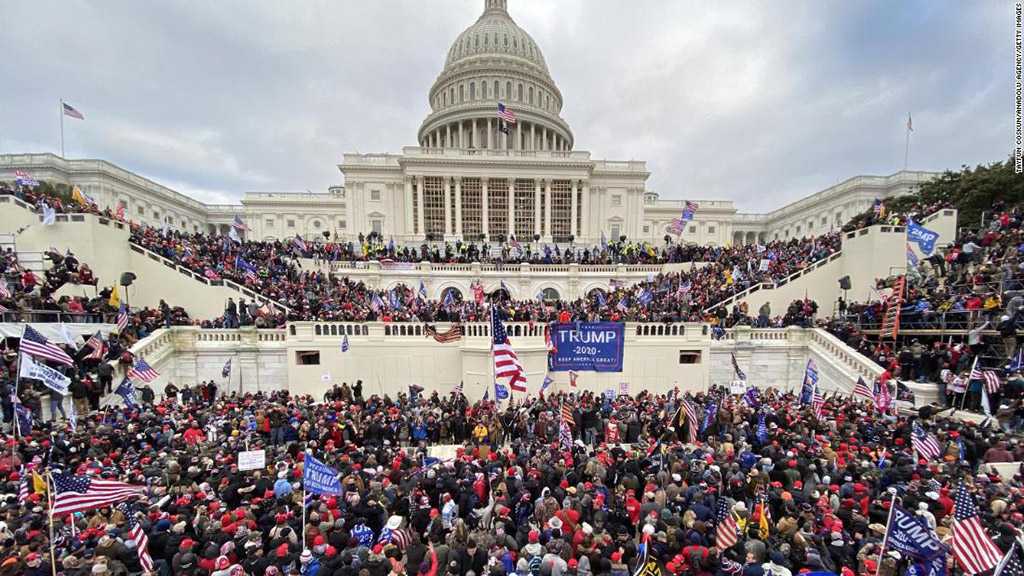 Two more police officers who responded to the Jan. 6 riot at the US Capitol have died by suicide, bringing to four the number of suicides by officers who guarded the building during the attack by Trump supporters.

Washington DC police Officer Gunther Hashida was found dead in his home, the District of Columbia's police department said on Monday. He died on July 29, one week before his 44th birthday, according to his obituary.

Hashida joined the District of Columbia's Metropolitan Police Department [MPD] in May 2003, according to media.

US House Speaker Nancy Pelosi hailed Hashida as a “hero” who “risked his life to save our Capitol, the Congressional community and our very Democracy” in a written statement.

Just hours after the MPD confirmed Hashida’s death, department spokesman Hugh Carew said in a statement that another Metropolitan Police Officer who responded to the Capitol riot, Kyle DeFreytag, was found dead on July 10.

DeFreytag’s cause of death was also suicide, Carew said. The suicide was not reported until Monday.

MPD chief Robert Contee wrote in a message to the department last month that, “I am writing to share tragic news that Officer Kyle DeFreytag of the 5th District was found deceased last evening. This is incredibly hard news for us all, and for those that knew him best.”

MPD Officer Jeffrey Smith and US Capitol Police Officer Howard Liebengood also committed suicide in the days after the riot.

Four people died on the day of the violence. More than 100 police officers were injured.

A Capitol Police officer, Brian Sicknick, who had been attacked by protesters, died the following day.

The Capitol riot led to Trump's second impeachment trial. More than 500 people have been arrested for their roles in the violence.

Last week, four police officers told a House of Representatives special committee that they were beaten, threatened, taunted with racial insults, and thought they might die as they struggled to defend the Capitol against the mob.

Republican House Minority Leader Kevin McCarthy dismissed the investigation regarding the Jan.6 Capitol attack, insisting that “Republicans will not be party to their sham process and will instead pursue our own investigation of the facts."

Trump has been accused by his critics of inciting his supporters to violence by peddling what they call "the big lie", a baseless claim that Biden won the presidency through a stolen election.

Pelosi portrayed the violence, in which rioters clashed with police and sought to hunt down lawmakers, including Pelosi, as an attempt to "overthrow" the government.