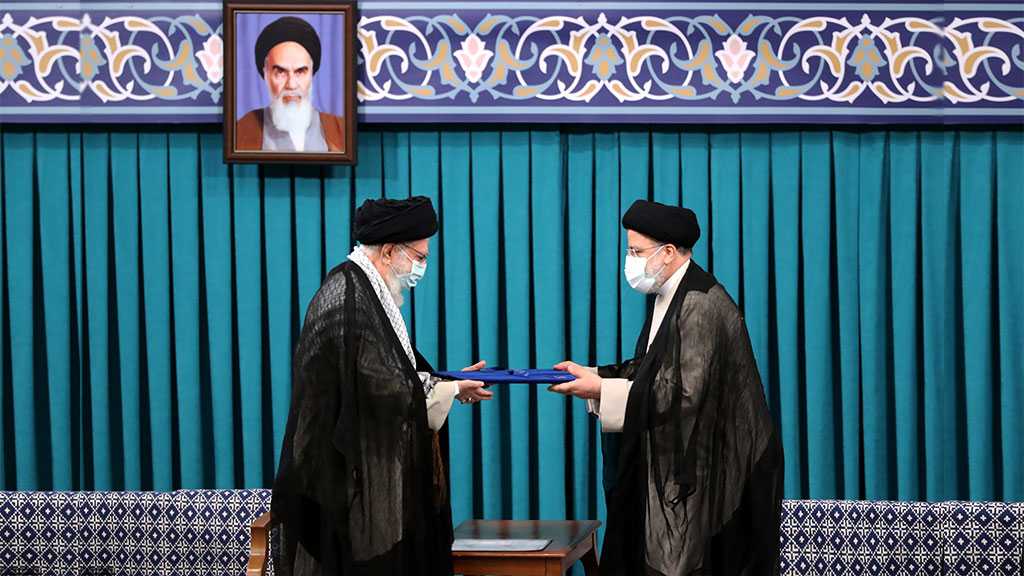 Sayyed Ebrahim Raisi is now officially the 8th president of the Islamic Republic of Iran after his mandate was endorsed by Leader of the Islamic Revolution His Eminence Imam Sayyed Ali Khamenei at a ceremony in Tehran, weeks after the ex-Judiciary chief won the country’s 13th presidential election by a landslide.

During the inauguration ceremony, the Iranian President-elect asserted the importance of religion in the various aspects of life, saying, “Let the world learn the religion can rule in the modern life”.

Raisi shed light on the achievements of the Islamic Republic and said, “In the past 40 years, Iran has achieved development and power”.

He further added, “Iranians have scored a new epic by making enemies despair”.

“The Iranian elections were held despite all circumstances and problems”, Raisi explained and added that “the people's epic has had clear messages, atop of which is transformation, change, justice, fighting poverty and discrimination”.

He went on to say, “The people's message was to change the economic situation and the inflation that exceeded 44%, in parallel with the growth of the monetary mass and the increase in the government's debts”.

Elsewhere in his inaugural speech, the former Judiciary chief slammed Iran’s enemies for the economic situation Iran has been facing, “We are suffering from hard economic circumstances because of the enemies, this situation should change and we will work to lift the unjust sanctions”.

“The people want a transformation and a change”, Raisi said, adding, “The government's program is based on this idea and we are confident that we will solve all our problems and that we are able to do this”.

At the end of his speech, Raisi asserted that the new Iranian administration has “lots of things to do” and that it has pin-pointed a number of problems that “we will solve immediately”.

“I am the servant of the people”, the president-elect concluded.

Imam Khamenei’s decree, endorsing the presidential mandate of Raeisi, was read out at the event by head of the leader's office.