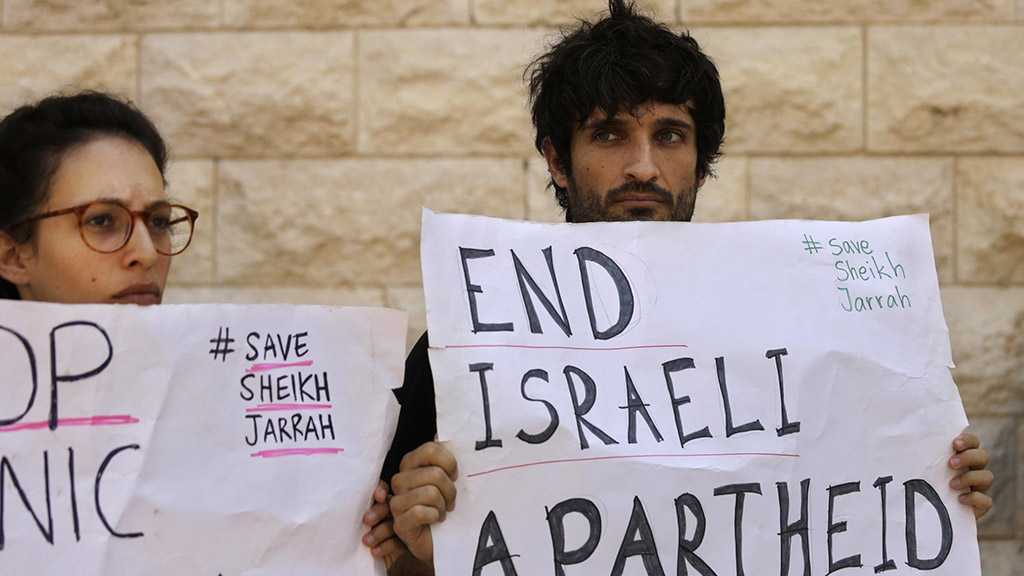 The “Israeli” entity’s so-called Supreme Court has delayed a final verdict on the expulsion of four Palestinian families from their homes in the occupied East al-Quds [Jerusalem] neighborhood of Sheikh Jarrah, saying it has not sufficiently heard arguments from both sides of the case.

On Monday, the court suggested a compromise deal stipulating that the Palestinian families would concede ownership of their homes to far-right settler organization Nahalat Shimon, the plaintiff seeking to take over the homes, in exchange for being allowed to remain in their homes as “protected tenants.”

However, no agreement was reached on the suggested deal, which notably required that the families pay rent to Nahalat Shimon.

The court decision to postpone the final verdict means it has neither accepted nor rejected the appeal of the Palestinian families.

“This means we’d have to concede ownership. This is something we definitively reject because the ownership is ours,” Alaa Salaymeh, one of the Palestinian residents of Sheikh Jarrah facing eviction, said outside the courthouse.

She added, “And we brought papers from Jordan that say the ownership is ours.”

“This entire entity [‘Israel’] was established on land theft and stealing homes from Palestinians. I don’t think this system will ever be fair or just to me,” Mohammed el-Kurd, a journalist from one of the families, told reporters.

“I have zero faith in these courts but I do have some hope. But, you know, this is an entity that has behaved for so long with such impunity that I don’t think a dozen diplomats are going to change the tide,” he added.

“Although, I hope. All I can say is that I hope. I hope things go in my favor. Who doesn’t want that?” Kurd said.

Sami Ershied, a lawyer representing the Sheikh Jarrah families, said the “protected tenants” proposal was unacceptable, but added it was “a good indication” that the judge did not reject their appeal out of hand.

“So far, we did not hear an offer that was fair enough and preserves the rights of residents. Therefore, we did not reach any compromise,” Ershied said.

He added, “We hope that the judges will continue listening to our arguments and take into consideration all the new details we’ve submitted and at the end of the day, conclude in favor of the residents of Sheikh Jarrah.”

Earlier on Monday, hundreds of people gathered outside the entity’s top court in al-Quds ahead of the decision in order to show support for Palestinian families facing eviction from the Sheikh Jarrah neighborhood.

Since the entity seized East al-Quds in the 1967 war, “Israeli” settler organizations have claimed ownership of land in Sheikh Jarrah and have filed multiple lawsuits to evict Palestinians from the area.

Earlier this year, an “Israeli” district court in al-Quds ruled the homes of the four families legally belonged to “Israeli” settlers.

Sheikh Jarrah has been the scene of frequent crackdowns by “Israeli” police on Palestinians protesting against the threatened expulsion of dozens of Palestinian families from their homes in favor of hardline “Israeli” settler groups.

The entity calls it “a real estate dispute,” while Palestinians and rights groups say the case highlights discriminatory policies aimed at pushing Palestinians out of al-Quds.

The Sheikh Jarrah protests in May coincided with a decision by the “Israeli” regime to ban gatherings in the Muslim holy month of Ramadan at the Damascus Gate of the Old City of al-Quds, and riots by far-right “Israeli” groups.

The raids prompted Palestinian resistance fighters in the Gaza Strip to respond to “Israeli” acts of aggression, and fire retaliatory rockets into “Israeli”-occupied territories.

The “Israeli” Occupation Forces [IOF] then launched a devastating 11-day offensive on the besieged Palestinian coastal enclave that martyred at least 260 Palestinians, including 66 children.