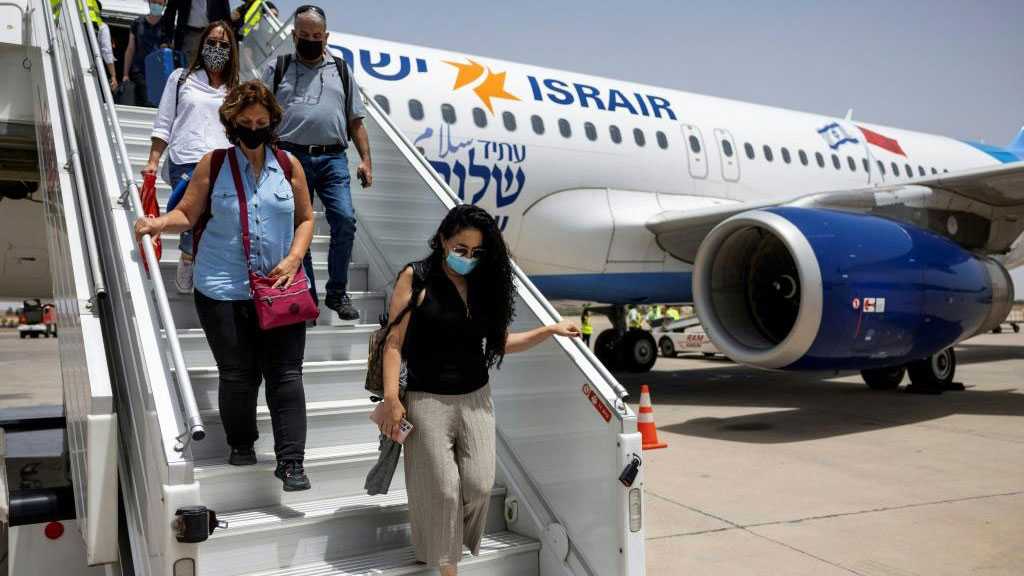 Thousands of Moroccan social media activists launched a campaign to express their resentment over direct commercial flights between the ‘Israeli’-occupied territories and Morocco’s Marrakesh, more than seven months after the Tel Aviv regime and the North African normalized diplomatic relations in a US-brokered deal.

The online activists have started various hashtags, including “Zionists are not welcome in my country” and “No to Zionists,” in protest at the Moroccan government's decision to welcome the first group of ‘Israeli’ tourists, Beirut-based al-Mayadeen television news network reported.

They firmly rejected all forms of normalization with the ‘Israeli’ regime, and voiced unwavering support for the Palestinian cause.

The Moroccan Front for Supporting Palestine and Rejecting Normalization movement called on Moroccan citizens to participate in the electronic campaign, and to emphatically reject the arrival of Israeli tourists in Marrakesh.

“I watched videos of receiving a group of [‘Israeli’] tourists, whose regime has usurped Palestinian lands, taken away the lives of Palestinians, and desecrated the sanctities of the Palestinian nation. I would like to ask those who were pleased with this overblown celebration: “How do you feel in front of hundreds of [Palestinian] victims, including women and children, and about destruction of their farming lands and buildings?” an activist wrote on his Twitter page.

“Dancing with child murderers to our music and raising the flag of an apartheid regime is DISGUSTING. Have tourists from other countries ever raised their flags? Have some integrity. It is noteworthy that Moroccans stand with Palestine,” another tweeted.

El Al, the Zionist regime’s flag carrier, said it will operate up to five flights a week to Morocco on Boeing 737 planes.

Smaller rival Israir said it would operate two flights a week on its route to Marrakesh.

The Zionist entity and Morocco agreed on December 10 last year to normalize relations in a deal brokered with the help of the administration of former US president Donald Trump, making the North African country the fourth Arab state this year to strike a normalization deal with the regime. The others were the United Arab Emirates, Bahrain and Sudan.