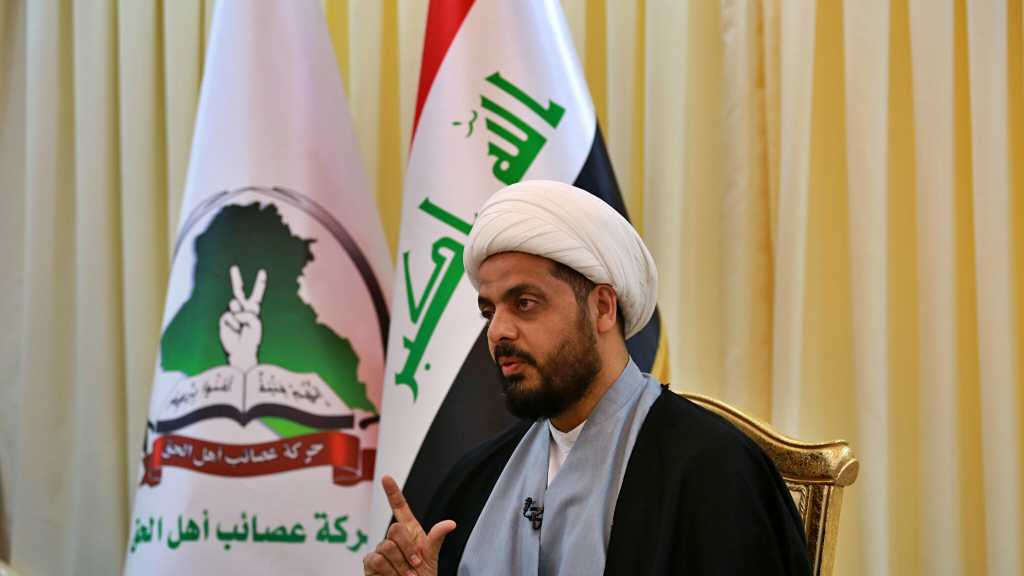 The leader of Iraq’s Asa’ib Ahl al-Haq resistance movement, which operates under the command of Popular Mobilization Units [PMU], has held the United States responsible for the loss of dozens of lives in a deadly Baghdad bombing claimed by the Daesh terror group, which he described as a creation of the US, "Israel" and their Gulf allies.

Qais al-Khazali said in a statement on Tuesday that political motives lie behind the bloody carnage in the bustling Woheilat market of Baghdad’s eastern neighborhood of Sadr City a day earlier.

He said the terror attack tooisraek place on the eve of Eid al-Adha [Feast of Sacrifice] and as Iraqi Prime Minister Mustafa Al Kadhimi prepares to visit Washington within the next few days.

“The United States is seeking justification for its overstay in Iraq through the presence of Daesh [Arabic acronym for ‘ISIS’ / ‘ISIL’] terrorists. Everyone knows that Daesh was created by the US, the "Israeli" regime and certain Gulf Arab states, and their intelligence services are in control of the group,” Khazali said.

The Iraqi PMU leader said the United States is behind the upsurge in Wahhabi Daesh terror attacks, adding that Washington is responsible for the massacre of Iraqi people and its crimes will be responded appropriately.

He added that some individuals are complicit in aiding and abetting terrorist elements to carry out the market bombing.

A bomber killed at least 35 people and wounded dozens in a crowded market in the Sadr City neighborhood of Baghdad on Monday night. More than 60 people were wounded.

The Daesh terrorist group claimed responsibility for the attack.

Hospital sources said the death toll could rise as some of the wounded are in critical condition.

The Asa’ib Ahl al-Haq resistance movement, in a separate statement, strongly criticized the performance of Kadhimi’s government and Iraqi security forces in response to the market blast in Baghdad.

“We call on the government to take immediate actions to stop criminal acts,” the group said.

The movement stressed that Kadhimi, who is also the commander-in-chief of Iraqi Armed Forces, in addition to security forces are primarily responsible for the occurrence of such bombings.

Asking for an inquiry into the failure to prevent the tragedy, Asa’ib Ahl al-Haq said intelligence measures and pre-emptive operations should be taken to destroy terrorist lairs.

The anti-terror movement also stressed that the Popular Mobilization Units, better known by the Arabic word Hashd al-Shaabi, should be given a greater role to guarantee security and that their experiences should be used.

Backed by the PMU, Iraq put an end to Daesh’s territorial rule on its soil in late 2017, more than three years after the terror group emerged in the Arab country and captured swaths of land in its western and northern parts.

However, Daesh sleeper cells have continued to launch terror attacks against security forces and civilians from time to time.

The latest bombing, one of the largest since the victory against Daesh, signaled a rise in the strength of the remaining terrorists in Iraq, which are widely believed to have the support of the United States.