The mother of the two martyrs, Ibrahim and Imran al-Masri, never forgot the moment when she separated from her two sons. She relives it even during Eid, especially since they passed away during the days of Eid al-Fitr. On that day, she left the house and headed to the market of Beit Hanoun to buy Ibrahim's Eid clothes. Her husband was supposed to take care of Imran's after breakfast.

“Ibrahim was my friend. He followed me on my way to the market, so I asked him to go back where his fate was awaiting him,” the grieving mother recalls.

"I still feel that I am in a dream. The years that Ibrahim and Imran spent in my arms are short, but the incident of their martyrdom is quick, and their farewell is quick as well. Everything went away in a blink of an eye."

"Until this moment, I feel that Ibrahim and Imran will return to my house, knock on the door, and enter."

Alaa Abu Hatab is the only survivor of a massacre in which ten members of the Abu Hatab and Al-Hadidi families perished. The feeling of loss prevented him from buying Eid clothes and toys for his daughter Maria, the only survivor of his family. However, he had to prepare a big pot of coffee to receive mourners on the the first day of Eid al-Adha. This family, whose house was bombed in Al-Shati Camp, greets the Eid with double the heartache – it lost several children on the second day of Eid al-Fitr as they played with other kids. This was an attempt by their families to help the children take their mind off the aggression.

Abu Hatab remembers that night all too well.

Just after midnight, four Al-Hadidi children were being accompanied by their mother to visit their relatives from the Abu Hatab family.

"On that day, we gathered the children with their parents to provide them with a playful atmosphere that would make them forget the horrors of war. After midnight, I left the house to buy them dinner. Moments after I left, huge explosions struck the area,” Alaa said.

“I came back, and I thought the explosion was from our neighbors' house, but I was surprised that bombs from the warplane fell on our entire house.

“Everyone who was in the house, ten people, including eight children and two sisters, perished. And I stayed with little Maria.”

The man and his only daughter aren’t thinking about visiting his family's graves on the first day of Eid, hoping to postpone this heavy task until the third day.

Meanwhile, Alaa Abu Al-Awf, who lost 14 members of his family, including his wife and two daughters, in the Al-Wahda Street massacre, decided to spend the morning of the first day of Eid visiting his family's graves.

“I find no other place to comfort my loneliness today but to be close to them,” the bereaved man said.

Abu Al-Awf’s mind wanders off as he talks in his destroyed house.

“We used to mark the morning of Eid with our special tradition: Eid prayer, the slaughter of a sacrifice [livestock], warm family quarrels – mostly between those who like to eat the liver of the sacrifice and those who cannot stand the smell of it cooking, the eidiyah, then the journey of distributing the sacrifice rations to the relatives.”

His eyes fill with tears as he continues, "Everything has become a memory. May God have mercy on them and give us patience."

In addition to the families of the martyrs, the families whose homes were destroyed live in a similar atmosphere.

“The house in Gaza is a homeland, the homeland of memories and the warm details,” says Muhammad al-Madhoun.

Today, however, the seven-member al-Madhoun family, lives in a rented house.

The young man in his twenties says, "Eid will pass as a stranger, not only because our house was destroyed, but because there are no prospects for reconstruction."

Al-Madhoun's pessimism stems from “Israel's” procrastination. The “Israelis” have tied the reconstruction of the Gaza Strip to demands for concessions from the resistance on the issue of captured soldiers and a long-term armistice understandings in exchange for easing the siege, which the resistance categorically rejects. 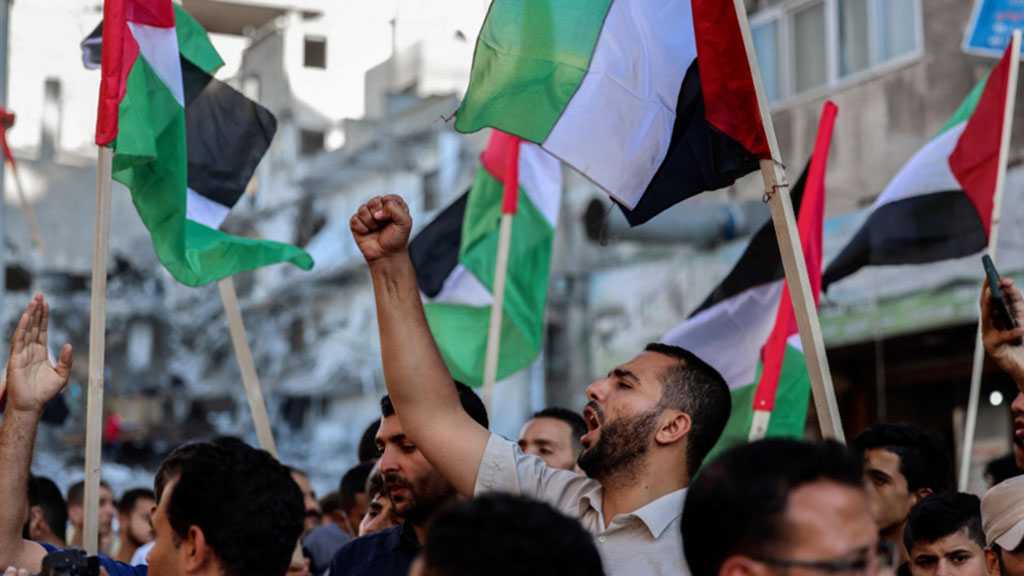