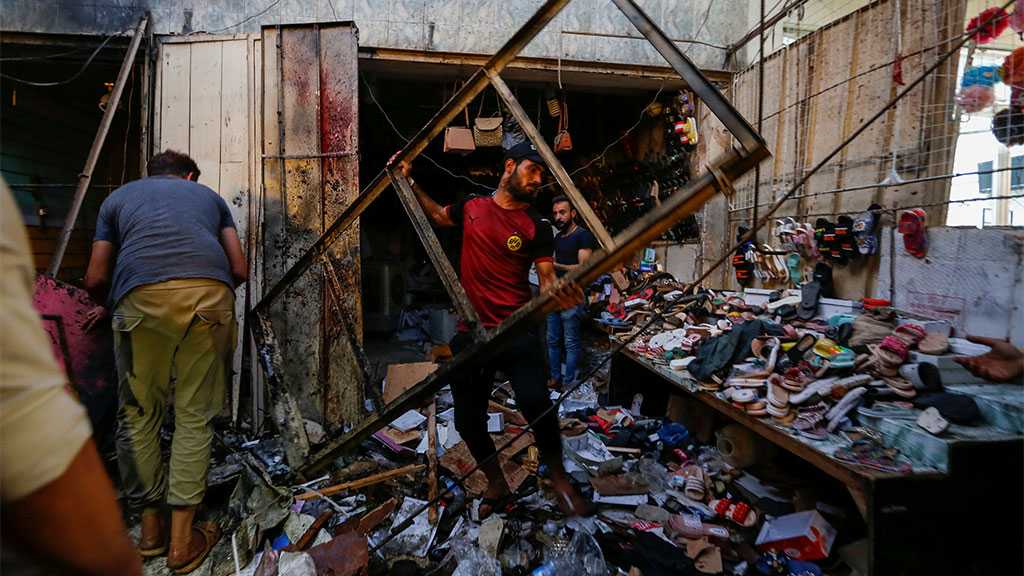 A suicide bomber killed at least 35 people and wounded dozens in a crowded market in the Sadr City neighborhood of the Iraqi capital on Monday, on the eve of the Eid al-Adha festival, security and hospital sources said.

Body parts of victims lay scattered across the previously bustling market in Baghdad, which had been crowded with shoppers buying food ahead of the Islamic festival.

More than 60 people were wounded, a police source said. Meanwhile, the death toll could rise as some of the wounded were in critical condition.

Women and children were among the dead and some shops burned down as a result of the explosion.

The targeted market in Sadr City is named Wahailat, according to an Iraqi military statement.

In a message posted to its Telegram channel, the terrorist Daesh group [Arabic for ‘ISIS/ISIL’] claimed responsibility for the attack, saying one of its terrorists blew up his explosive vest among the crowds.