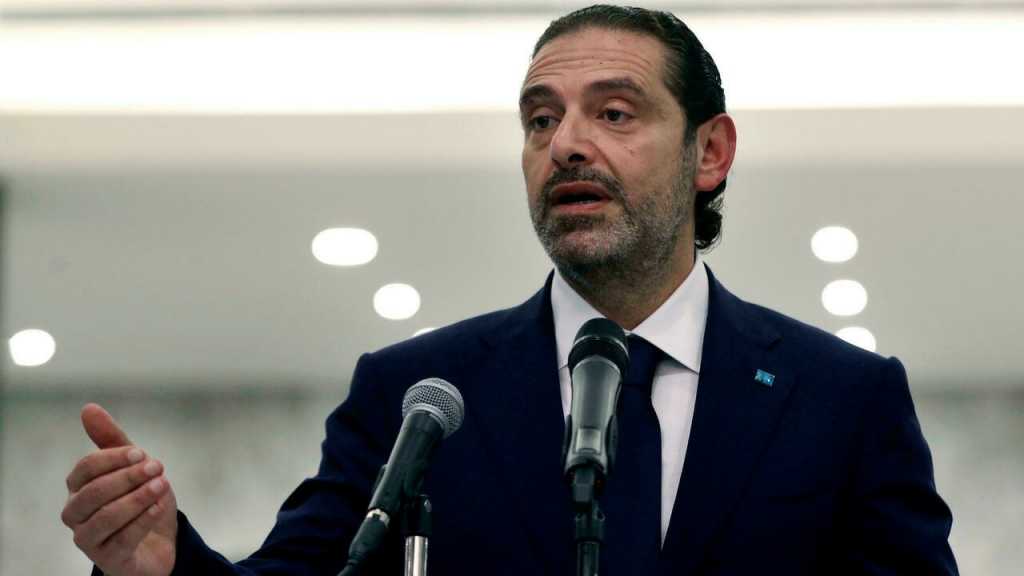 Lebanon's Prime Minister-designate Saad al-Hariri says he has abandoned his efforts to form a new government, citing differences with the country’s president.

Hariri announced on Thursday that he was unable to reach an agreement with President Michel Aoun on the formation of a new cabinet, and stepped down nine months after he was assigned to the task.

He said Aoun had requested fundamental changes to a cabinet line-up he had presented to him, and that the Lebanese president had told Hariri that they would not be able to reach an agreement.

"I met with the president, and we had consultation on the issue of the government," Hariri told reporters shortly after meeting with Aoun, adding, "There were amendments requested by the president, which I considered substantial in the line-up.”

"It is clear that the position of Aoun has not changed... and that we will not be able to agree," Hariri said.

Lebanon's prime minister-designate added that he had offered to spend more time trying to form a cabinet, but he had also been told by the president that, "We will not be able to agree."

The statement said Hariri had proposed that Aoun take one more day to accept the suggested proposal, but the president had responded, "What is the use of one additional day if the door to discussions was closed.”

The Lebanese president was said to be considering a date for parliamentary consultations as soon as possible after Hariri's decision to give up on cabinet formation.

Hariri is the second candidate to have failed at forming a government in less than one year amid political bickering between Lebanon’s leaders and the economic crisis gripping the country.

Hariri was designated to form the new government in October, after the resignation of Prime Minister Hassan Diab in the aftermath of the deadly August 4 Beirut port explosion.

Since then, Lebanese political groups have failed to resolve their differences and form a government.

The World Bank has called Lebanon’s crisis one of the worst depressions of modern history, ranking it among the world’s three worst since the mid-1800s in terms of its effect on living standards.

The country’s currency has lost more than 90% of its value since fall 2019 and more than half of the population has been rendered jobless as businesses have shut down.

According to the World Bank, the gross domestic product [GDP] of the country of six million people nosedived by about 40 percent to $33 billion last year, from $55 billion in 2018.

The double blow of the COVID-19 pandemic and the Beirut port explosion has made the difficult situation even worse in the country.

The European Union, led by France – the former colonizer of Lebanon – is also seeking to ramp up pressure on the Lebanese authorities in an attempt to force the formation of a Western-friendly government.