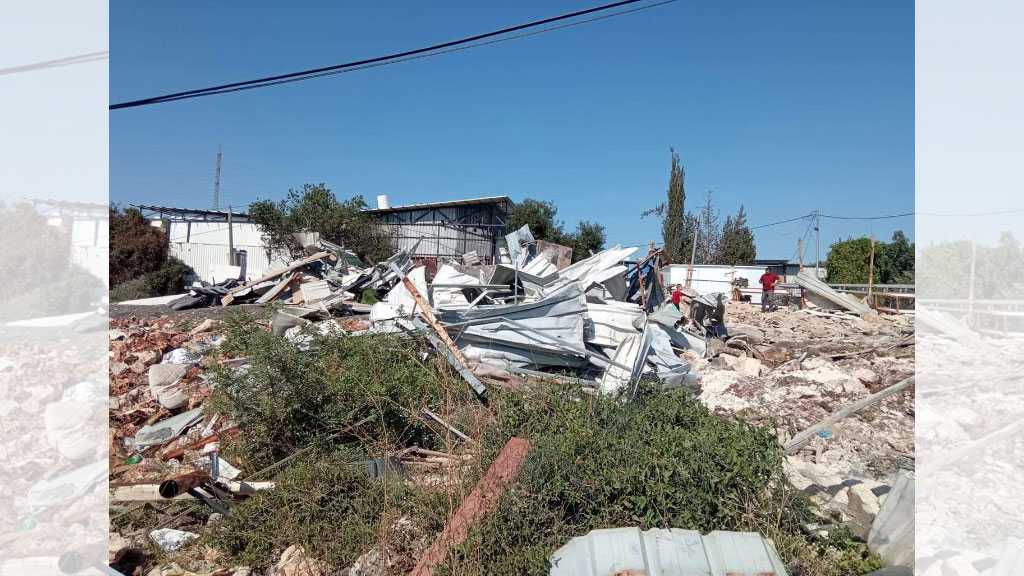 Samara said that this was the fourth time for the aforementioned structures to be completely demolished without any prior notice.

The Zionist occupation regime demolishes Palestinian houses and structures almost on a daily basis as a means to achieve so-called “demographic control” of the occupied territories.

The Tel Aviv regime, meanwhile, denies planning permits for Palestinians to build on their own land or to extend existing houses to accommodate natural growth, particularly in occupied al-Quds and so-called Area C, which constitutes 60 percent of the occupied West Bank and falls under full ‘Israeli’ occupation military control, forcing residents to build without obtaining rarely-granted permits to provide shelters for their families.