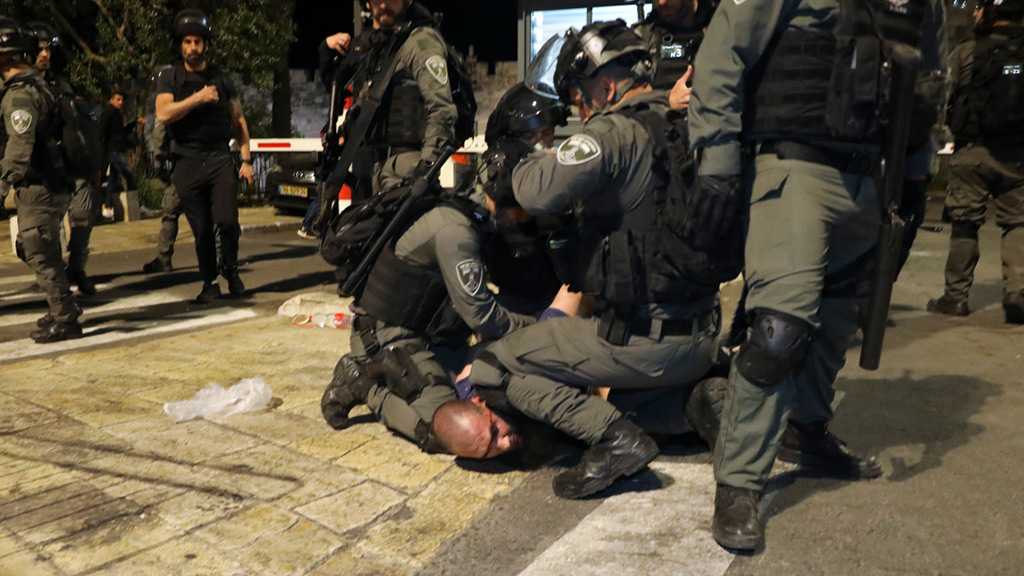 As part of the continuous “Israeli” attacks on Palestinians, occupation forces injured 411 Palestinians during clashes with anti-settlement protesters in the town of Beita and the nearby village of Qusra in the occupied West Bank province of Nablus.

According to the Palestine Red Crescent Society, 23 Palestinians were shot with live ammunition fired by “Israeli” forces during clashes on Sobeih Mountain in the town of Beita, and Qusra, south of Nablus, on Friday.

The injured also included 70 Palestinians who were hit by rubber bullets and 260 others who suffered breathing difficulties due to inhaling tear gas fired by the “Israeli” troops during the clashes.

Over the past two months, Beita has seen intensified clashes between “Israeli” forces and Palestinians protesting against a settlement outpost that has been recently established on the mountain by settlers under the protection of “Israeli” forces.

To the east of Nablus, “Israeli” forces attacked a weekly anti-settlement protest in the village of Beit Dajan on Friday, using live ammunition and sound bombs against the demonstrators.

Meanwhile, dozens of Palestinians, including children, suffered breathing difficulties due to inhaling tear gas fired by “Israeli” troops at a weekly anti-settlement rally that was held in the West Bank village of Kafr Qaddum.

Also on Friday, “Israeli” forces attacked a protest condemning the Zionist settlement expansion policy and “Israeli” settlers' repeated attacks on the Palestinians and their properties in Masafer Yatta, south of the West Bank city of Al-Khalil.

The protesters urged the international community and human rights organizations to shoulder their responsibility and protect the Palestinians from the persistent “Israeli” attacks.

Al-Ras area is threatened with seizure by “Israel” for the construction of a settlement outpost.