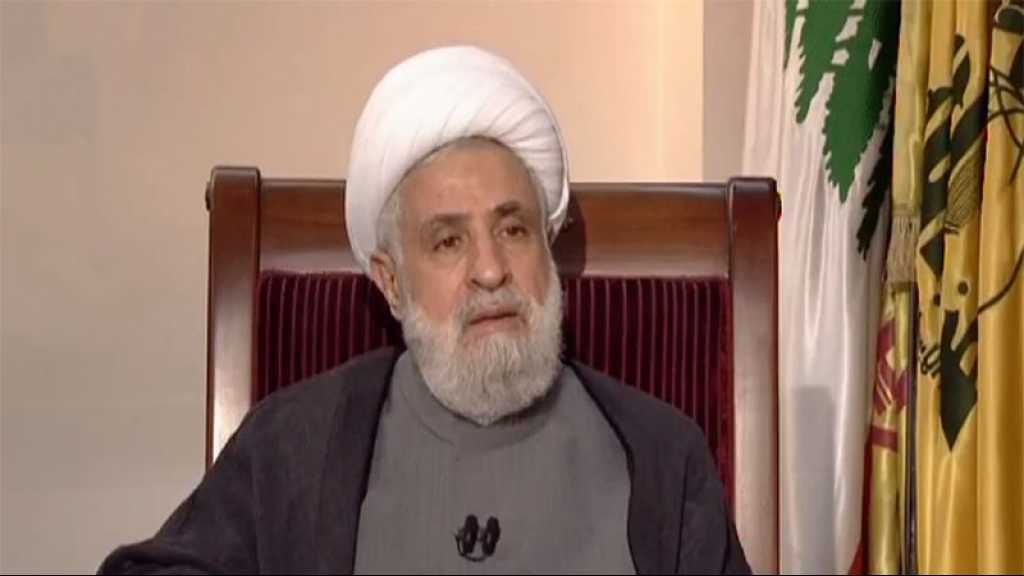 Hezbollah Deputy Secretary-General His Eminence Sheikh Naim Qassem said that July "marked a turning point towards “Israel’s” abyss, after the ‘Israelis’ themselves admitted that they had failed to achieve their goals."

In an interview with Al-Mayadeen channel, Sheikh Qassem added:"We have reached a deterrence balance that protected Lebanon for 15 years from ‘Israel's’ aggression, which fears Hezbollah's response.”

He also touched on the recent Al-Quds Sword battle, declaring that this July 2021, "Al-Quds is closer than ever."

"The July battle in 2006 was a foundational battle. As for the July 2021 battle, it is a fundamental battle in favor of the collapse that could happen to the Al-Quds front from the ‘Israeli’ side. This also highlighted that the axis of resistance is a coherent and victorious axis that recorded great progress throughout the previous stages."

He also pointed out that there was intelligence cooperation between Hezbollah and the Palestinian resistance during the Al-Quds Sword battle.

"There was intelligence information sharing, moment by moment, from inside Palestine about the ‘Israelis'’ movements, plans, and capabilities."

In parallel, he added that, “The resistance in Lebanon was providing the Palestinian brothers with very accurate information that affected the assessment of the course of the battle and how to carry out defensive operations.”

Sheikh Qassem indicated that “The most prominent incident was the targeting of tunnels by the ‘Israelis’. Following their propaganda, they thought the Palestinians would enter by land. So, they would eliminate the Palestinians inside the tunnels, but the resistance did not use the tunnels that were targeted and were unphased by the ‘Israeli’ threat.”

The deputy Hezbollah SG explained that "it later became clear that there was no ground operation, but rather an attempt to lure and eliminate the Palestinians." Sheikh Qassem stressed that "we and the Palestinians knew about this plan from the beginning via detailed, coordinated intelligence and information work."

"Al-Quds alliance must continue on the path of resistance and remember that martyr Qassem Soleimani had a real influence," His Eminence underlined.

Away from Palestine, Sheikh Qassem spoke about internal Lebanese affairs.

"Our conviction is that if the government is not formed, there is no step that can help reach a solution," he said. "Solutions in Lebanon cannot be unilateral."

His Eminence pointed out that "Decisiveness is necessary, either to proceed with the formation or to apologize and search for solutions, and next week must be decisive."

“The prime minister-designate must make up his mind,” Sheikh Qassem warned. “Any assistance conditioned on a political orientation is rejected.”

He underscored that the US can show its strength and tyranny, but it cannot stop the resistance.

"America can sabotage, punish, and create crises, but it will not be able to achieve gains."