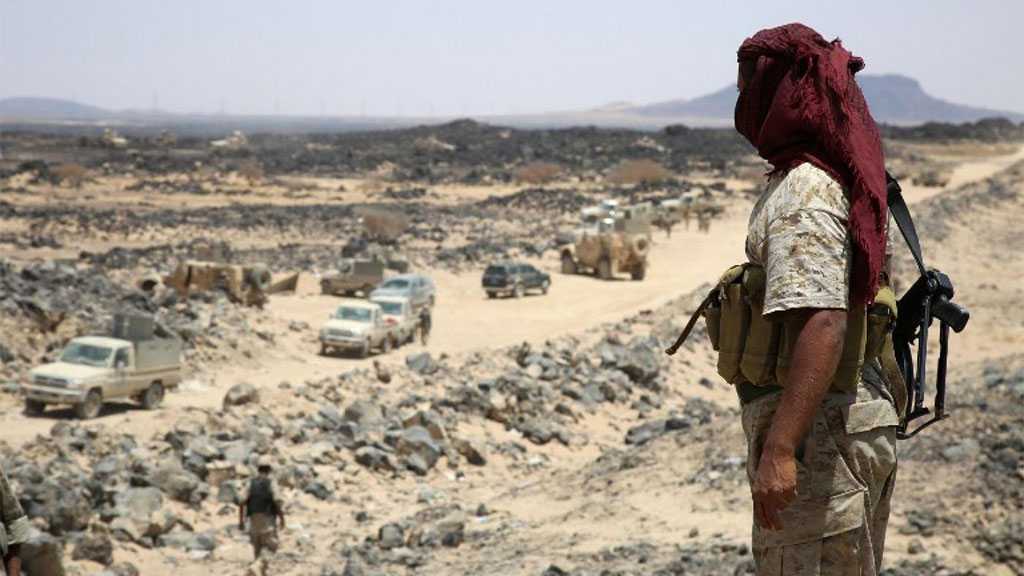 The Yemeni army and Popular Committees killed or wounded 80 mercenaries in two separate military operations in response to attacks by Saudi coalition mercenaries and al-Qaeda terrorists in Yemen's al-Bayda province.

The military source said the Yemeni Army and Popular Committees affiliated with Ansarullah revolutionary movement in cooperation with tribal forces carried out two military operations in the al-Zahir and al-Suma areas of al-Bayda province.

He added that more than 80 Saudi coalition mercenaries, including several al-Qaeda leaders, were killed or wounded in the two operations.

The source stressed that a number of positions occupied by Saudi mercenaries in al-Suma and al-Zahir were also recaptured during the two operations.

On Monday, spokesperson for Yemen's National Salvation Government Dhaifullah al-Shami said that the United States was behind an operation being carried out by the Saudi coalition in the city of al-Zahir in al-Bayda province codenamed "al-Najm al-Thaqib."