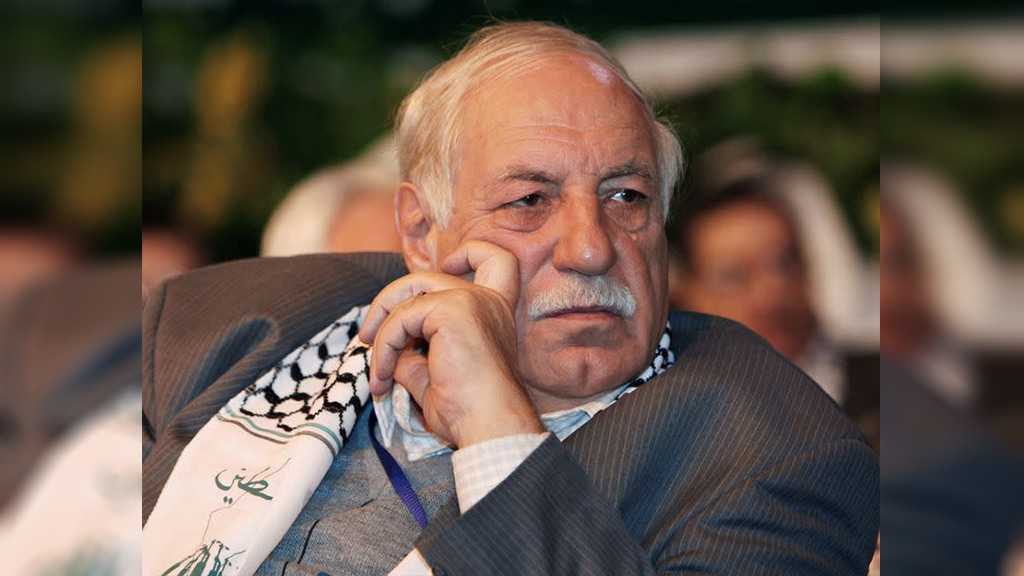 Leading Palestinian figure Ahmed Jibril has passed away at the age of 83 in a hospital in the Syrian capital.

Jibril, the head and founder of the Popular Front for the Liberation of Palestine-General Command [PFLP-GC], died of an illness on Wednesday, his son said.

"He died of natural causes after suffering from illness," Bader Jibril said.

Known as Abu Jihad, he was one of the oldest and most prominent Palestinian military leaders and he believed in the "armed struggle to liberate Palestine."

He was famous for his opposition to any Palestinian negotiations with the "Israeli" entity.

The PFLP-GC carried out several operations against the "Israeli" occupation, most notably the famous "Night of the Gliders" in 1987.

He administered two deals to swap prisoners with the entity in 1979 and 1985, according to which around 1,200 Palestinians were released from the "Israeli" jails.

He was a notable supporter of Syrian President Bashar al-Assad’s government in its fight against terrorists and militants wreaking havoc in Syria since 2011.