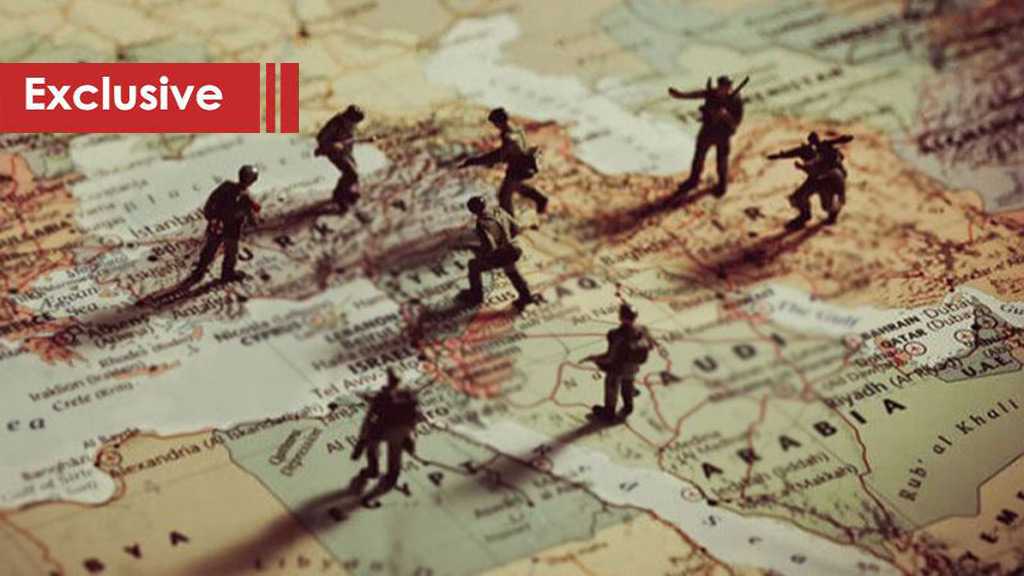 Are black clouds gathering over the region? Are we headed back to the days of Daesh [Arabic acronym for “ISIS” / “ISIL”] in Iraq and Syria in 2014 and the internal cracks in other Arab countries in 2011?

Here are some indicators that warn of new challenges:

- A tangible return to sabotage activities by Daesh in Iraq came in the form of sporadic bombings in Baghdad, daily attacks on Iraqi forces in the Anbar, Salah al-Din, Nineveh, and Diyala provinces, and the bombing of several transmission towers, which exacerbated the electricity crisis in Iraq.

In addition, there is a chronic quest to inflame the internal situation in Iraq before the legislative elections expected to be held next fall. The US administration and its assets in Iraq are exploiting a number of factors to re-establish a comfortable parliamentary majority. These factors include the worsening electricity crisis during the hot summer and the value of the Iraqi currency, which is plummeting against the US dollar, leading to higher prices.

There is a gasoline crisis in the oil-rich country [a peculiar similarity with the situation in Lebanon]. Meanwhile, the United States has not offered Iraq anything to solve its chronic problems, such as the electricity problem. Instead, Washington is preventing the German company Siemens from obtaining contracts to carry out this task, according to Iraqi sources.

This is accompanied by Washington’s refusal to withdraw its forces from Iraq and Syria. The declared objective of this occupying presence is to exert pressure for regime change in Syria – exploiting the economic blockade is the main tool in this operation. The American military presence is also designed to act as a dam between Iran and the establishment of normal relations with the countries of the region. However, there are implicit goals, including controlling the future of Iraq and Syria and their hidden wealth and establishing permanent American bases in the region.

- There is a strong resurgence of the Taliban movement in Afghanistan, as it now controls 70% of the Afghan territory, including those that were considered centers for Tajiks and Hazaras in the north of the country. This development coincided with the accelerated US withdrawal, which left the Afghan government in limbo, with little backing.

The new situation in Afghanistan can cause political and security agitation for each of the three players that challenge American influence internationally: Iran, Russia, and China. And each of these countries has its own concerns and grievances in dealing with Afghanistan, the Taliban, or groups that appeal to an extremist religious authority. Also, in the three countries, religious or ethnic groups can cause headaches due to the resurgence of the Taliban. Is the US withdrawal merely an American electoral necessity, or does it contain an element of distraction for the three mentioned countries?

Afghanistan and Iraq, by the way, were targets of an American invasion in 2001 and 2003, which opened the door to major storms in the region, the effects of which are still being felt today. However, there is an important difference between the two countries. In Iraq, there is a strong dam against the re-expansion of Daesh. This dam is Al-Hashd Al-Shaabi [or the Popular Mobilization Forces] that stands steadfast in the face of American efforts to dismantle and disrupt it, while its positions on the border between Iraq and Syria are exposed to US raids from time to time.

- In addition to the two worrying security developments in Iraq and Afghanistan and the ongoing siege on Syria to bring about a change in the hierarchy of power, there is an American effort to capitalize on the financial siege on Lebanon to impose the guardianship of the International Monetary Fund on the country as the only one option.

The US is taking advantage of the existing corruption and its local tools to provoke people's anger and direct it mainly towards the resistance, with the aim of changing the political equation in the upcoming parliamentary elections in a few months. The anti-resistance propaganda is based on the idea that Hezbollah is protecting the corrupt, a claim that has not been proven in practice [did the party prevent a judge from prosecuting a corrupt person, for example?]. That’s unless the party is required to open side battles that further complicate matters and weaken the country’s internal immunity in the face of a lurking enemy.

- On the Palestinian side, features appeared to bring back former Prime Minister Salam Fayyad [the trusted American option] to the fore, in conjunction with an intense Egyptian presence in the Gaza Strip through the gateway of reconstruction and the establishment of calm. This comes after the last round of confrontation [the al-Quds Sword], which tilted the scales in favor of the resistance and placed al-Quds at the heart of the existing equation.

We are facing an American counterattack: a withdrawal here, a strengthening of military presence there, and economic and political pressures to impose ready-made American models in the Levant: Syria, Lebanon, and Palestine. But the United States is not in the days of 2001-2003. Attempts to subjugate by sowing discord and employing ready-made American models will not change the fact that US influence is waning and is dependent on starvation and despair, not enticement, as in the American dream.

There is a counter opportunity to take advantage of the blockade in order to create new facts outside the closed game that the American tools contributed to creating. Perhaps we are beginning to perceive this by opening new supply channels to Lebanon and others, as well as strengthening the advanced al-Quds equation.