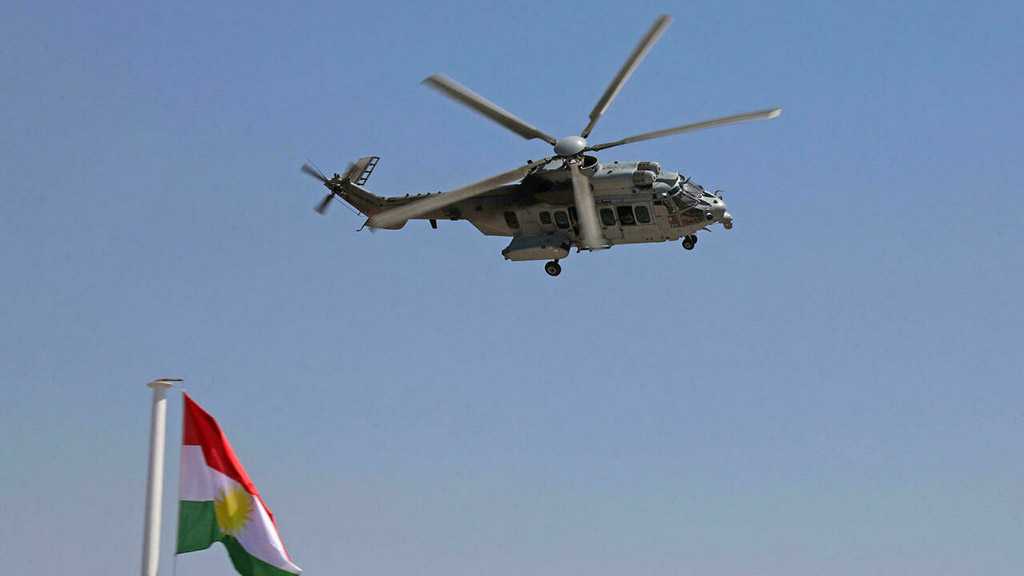 A military base hosting US-led coalition forces inside Erbil International Airport in Iraq’s semi-autonomous Kurdistan Region has come under attack by explosive-laden drones, the latest in a series of attacks on American forces in the Arab country.

Citing security sources, Iraqi media said the military base inside Erbil airport was “subjected to an attack by explosive-laden drones” late on Tuesday, with reports falling short of providing details on the number of possible casualties or the extent of damage.

The entire passengers were evacuated from the planes at Erbil International Airport, as reports indicated, and the lights were switched off in addition to closing the airspace over the airport.

Iraqi media and news agencies also quoted the Kurdistan Counter-Terrorism Service as saying that the attack on the military base was carried out by "two booby-trapped drones.”

According to Iraqi media, the attack on the US base in Erbil airport caused a huge fire that the firefighting teams were struggling to put out, but it did not leave any casualties or material damage.

Sirens were also heard blaring from the US Consulate in Erbil after the airport had been targeted.

The attack comes hot on the heels of drone and rocket attacks targeting the US Embassy in Baghdad and Ain al-Asad Air Base in Iraq’s western province of Anbar.

Early on Tuesday, several drones targeted the United States’ Embassy in Baghdad, with the weapon systems set up to fortify the facility firing at least four times to try to down the aircraft.

The incidents set off the diplomatic facility’s sirens and activated the anti-aircraft systems there so they can shoot down the aircraft.

The Ain al-Asad Air Base, where American military forces and trainers are stationed, had come under attack by a barrage of rockets a day earlier.

Iraqi media said three Katyusha rockets targeted the vicinity of Ain al-Asad Air Base, located about 160 kilometers west of the capital Baghdad, on Monday afternoon, adding that there were no casualties as a result of the attack on the military base.

No group has claimed responsibility for the attacks, which are the latest in a series of assaults that have targeted US occupation forces over the past few months.

General Soleimani, the commander of the Quds Force of Iran's Islamic Revolution Guards Corps [IRGC], and his Iraqi trenchmate Abu Mahdi al-Muhandis, the deputy head of the Popular Mobilization Units, were targeted along with their companions on January 3, 2020 in a terror drone strike authorized by former US president Donald Trump near Baghdad International Airport.

Both Soleimani and Muhandis played a key role in defeating the Wahhabi Daesh [Arabic acronym for “ISIS” / “ISIL”] terrorist, which the US has been using as an alleged excuse to prolong its illegal presence on the Iraqi soil.

Two days after the attack, Iraqi lawmakers approved a bill that requires the government to end the presence of all foreign military forces led by the US in the country.