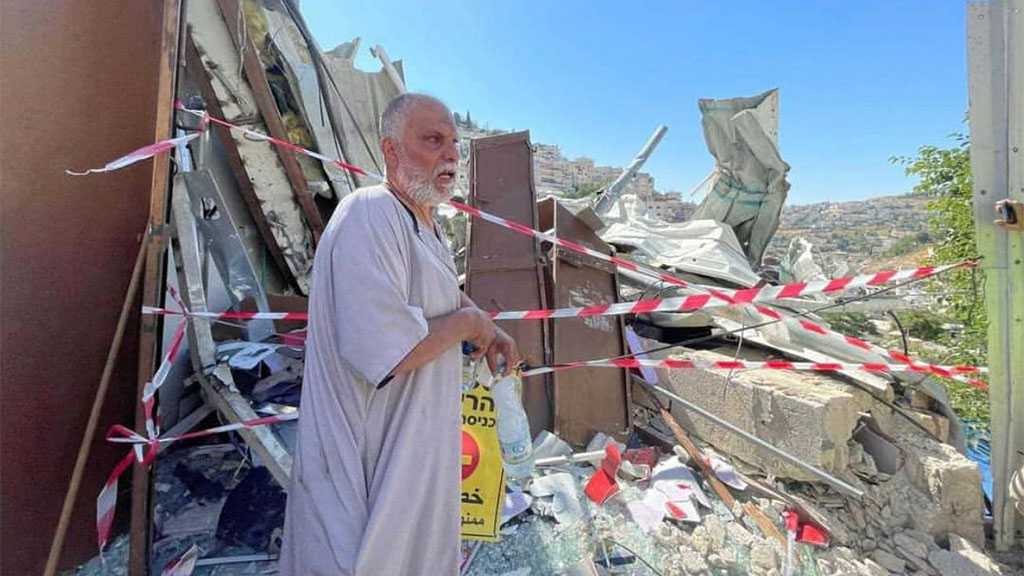 Confrontations with the Zionist military erupted after the demolition of a Palestinian business by Zionist occupation forces began in the al-Bustan area of the occupied East al-Quds neighborhood of Silwan on Tuesday.

The Zionist occupation forces accompanied by bulldozers entered the Palestinian neighborhood and destroyed a butcher’s shop in Silwan. Soldiers used tear gas and batons to push back residents and Palestinian activists as they carried out the demolition.

At least four Palestinians were injured in the confrontations, according to the Palestine Red Crescent.

On June 7, the occupied al-Quds municipality issued a series of demolition orders to residents of the al-Bustan area in Silwan.

The 13 families affected, consisting of some 130 people, were given 21 days to evacuate and demolish their houses themselves. Failure to do so would mean the occupation regime’s municipality would destroy the houses and families would have to cover the demolition costs – an estimated $6,000.

Since 2005, residents of al-Bustan have received warnings to demolish nearly 90 homes under the pretext of building without a permit, in favor of a Zionist settler organization that seeks to turn the land into a national park and link it to the archaeological so-called ‘City of David’ area.

Silwan is located to the south of al-Quds’ Old City, adjacent to its walls.

At least 33,000 Palestinians live in the neighborhood, which has been targeted by ‘Israeli’ settler organizations for years. In some cases, Palestinian landowners have been forced to share homes with Zionist settlers.

Some of these Palestinian families have been living in Silwan for more than 50 years since they were displaced from the Old City in the 1960s.