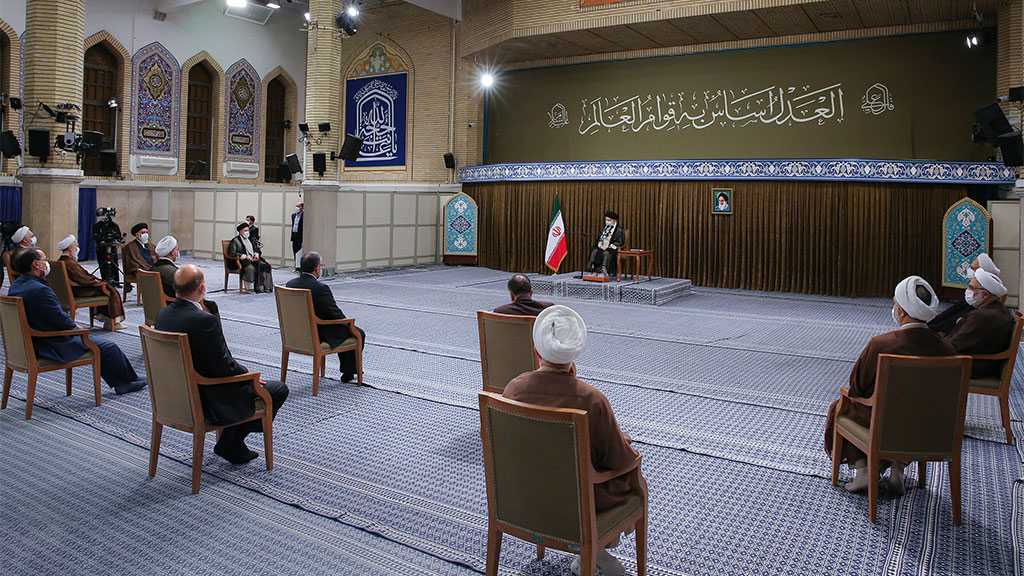 Leader of the Islamic Revolution His Eminence Imam Sayyed Ali Khamenei criticized French government and other Western states for being just so-called advocates of the human rights and said Westerners' effrontery is something strange and odd.

Imam Khamenei made the remarks in a meeting held in Tehran on Monday with Judiciary Chief, and Iran’s president-elect, Sayyed Ebrahim Raisi and staff of the office.

The meeting was held in commemoration of the June 28 martyrdom of Ayatollah Mohammad Hosseini Beheshti - the first Judiciary chief of Iran - and 72 others in 1981.

The Mujahedin-e-Khalq Organization [MKO] terrorist outfit was behind the attack.

As His Eminence noted, MKO at that time did commit a big crime against the Iranian nation.

"Members of the MKO terrorist group are walking free in France and other European countries," Imam Khamenei said.

“The French government and others shamelessly preach human rights despite hosting these killers, supporting them, and even giving them the podium in their national parliaments,” His Eminence said. “That is to say, the brazenness of these Westerners is really an extraordinary and strange thing.”

Their confession to those crimes and murders are available, Imam Khamenei underlined, noting that “however, they are freely living in and traveling to France and other European countries which are so-called supporters of the human rights.”

Imam Khamenei also thanked Judiciary Chief Ebrahim Raisi for bringing about a great change to the Judiciary since he assumed office more than two years ago.

“In these two years and a few months that he was in charge of the Judiciary, he really worked hard, he strove, and good things were achieved in the Judiciary,” Imam Khamenei said.

Elsewhere in his remarks, His Eminence hailed the June 18 presidential election as “truly an epic”, saying no one can take the magnificence of the election away from the country.

“Where in the world is it common to see that all members of the opposition propaganda apparatus get actively involved to scare people away from voting in the election,” Imam Khamenei said.

“Attempts are still made – they [the opposition] write letters and speak via the cyberspace – to deny the greatness of this election, but to no avail,” His Eminence said.

“This effort is in vain. Analysts who had their eyes fixed on this election understand what has happened.”