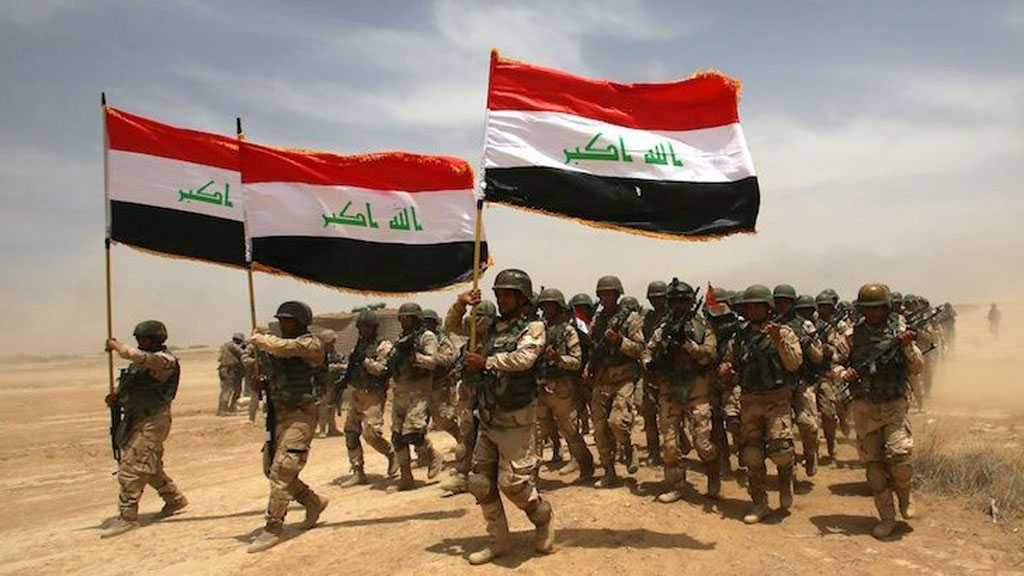 Iraqi President Barham Salih hailed unity between the army, the Popular Mobilization Units [PMU], also known in the Arabic name as Hashd al-Shaabi, and Kurdish Peshmerga forces who have enabled the country to defeat Daesh [the Arabic acronym for terrorist ‘ISIS/ISIL’ group].

“The liberation of the homeland from the defilement of terrorism was achieved by the unity between Iraqis from the army, Hashd and Peshmerga,” Salih said in a tweet on Sunday.

He stressed that “the victory won’t be completed without the consolidation of capable state and the rule of law and good governance."

Salih’s remarks came on the anniversary of the fatwa [religious decree] issued by prominent Shia cleric Grand Ayatollah Sayyed Ali al-Sistani after a number of Iraqi cities fell to Daesh, which led to the establishment of the Popular Mobilization Units.

On June 12, 2014, Daesh terrorists killed around 1,700 Iraqi air force recruits after kidnapping them from Camp Speicher, a former US base in northern Iraq. There were reportedly around 4,000 unarmed cadets in the camp when it came under attack by Daesh.

Following the abductions, the attackers took the victims to Tikrit's complex of presidential palaces and killed them. The terrorists also threw some of the bodies into a river.

The massacre was filmed by Daesh and broadcast on social media.

Iraq’s Foundation of Martyrs said on Sunday that the number of those killed in the Camp Speicher massacre has reached 2,000, noting that mass graves with remains of 1,235 people have been unearthed so far.

Former Iraqi prime minister, Haider al-Abadi, declared the end of military operations against Daesh in the Arab country on December 9, 2017.

On July 10 that year, he formally declared victory over Daesh in the strategic northern city of Mosul, which served as the terrorists’ main urban stronghold in Iraq.

In the run-up to Mosul's liberation, Iraqi army soldiers and voluntary fighters from the PMU had made sweeping gains against Daesh.