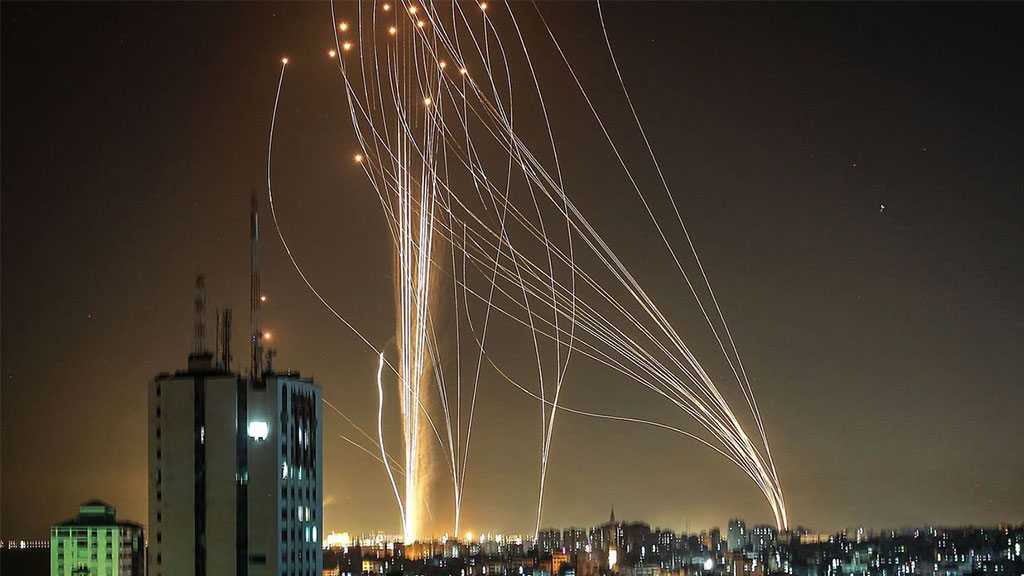 The ‘Israelis’ succumbed to the warning of the Palestinian resistance against holding their so-called ‘Flag Parade’ near al-Aqsa Mosque and the occupied holy city of al-Quds.

Shortly after member of the political bureau of Palestinian resistance movement, Hamas, Khalil al-Hayieh warned the ‘Israeli’ occupation, mediators, and the entire world from the so-called 'Flag Parade’ being held near al-Aqsa Mosque and occupied al-Quds, 'Israeli' media reported that the event that was organized by Zionist settlers in the occupied holy al-Quds has been called off.

Al-Hayieh further stressed that he hopes that this message be received clearly not to have Thursday a day similar to May 11th.

On that date, ‘Israeli’ occupation settlers ran for shelters or flattened themselves on pavements in communities more than 70 km up the coast amid sounds of explosions, with the often-boasted ‘Iron Dome’ failing to intercept most of the missiles. The Tel Aviv regime admitted that hundreds of rockets had been fired by Palestinian resistance factions.

For the occupation entity, the Palestinian resistance’s targeting of Tel Aviv, its commercial capital, posed a new challenge in the confrontation with the country’s resistance factions.

Elsewhere in his remarks, al-Hayieh stressed that all forms of anti-occupation resistance represent the only way to unite the Palestinian people.

In the same respect, Head of Religious Zionist Party Bezalel Smotrich admitted that the ‘Israeli’ occupation police commissioner is neither able to protect participants in this parade in al-Quds streets nor settlers in Lod, Akka, and Ramlah, and this makes Hamas leader in Gaza Strip, Yehya Sinwar, now in charge of al-Quds.