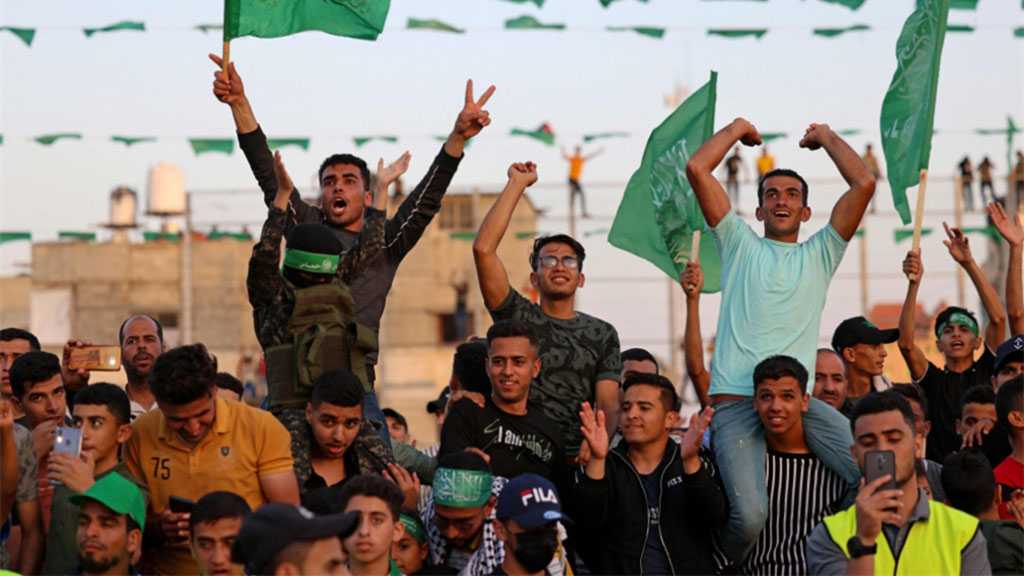 Gaza | After years of estrangement due to the crisis in Syria since 2011, and the departure of "Hamas" from Damascus, the two parties are once again preparing to bring their relations back, despite internal criticism at their bases, at a time when the Axis of Resistance is seeking to arrange this return as part of the effort to strengthen the fronts facing the ‘Israeli’ occupation.

This was finally reinforced by the great role played by the Gaza Strip as an unshakeable arena of direct engagement with the enemy, highlighting the position of “Hamas”, especially within the Axis of Resistance, after achieving the great victory of the axis against ‘Israel’, which broke many of the rules of engagement and deterrence that Tel Aviv has tried to cement it for decades.

The resistance's victory in the Battle of “Al-Quds Sword” opened the door to the return of relations between “Hamas” and the Syrian Republic, after a break of nearly ten years. This breach was demonstrated by the fact that Syrian President Bashar al-Assad sent a tribute to the movement, and the latter responded positively to it, opening up a new page that the Axis of Resistance seeks between the two parties. "Hamas" realizes the importance of the Syrian arena, as it was once a unique base for the development of its military capabilities, whether by delivering weapons to Gaza or establishing programs to develop its military arsenal, in particular missiles and drones, which have made a major leap, as well as being a base for drawing on Arab and Islamic expertise. Against this background, the voices within the movement continue to rise by the need to return to that vast arena, to further develop the capabilities of the resistance, in order to be harsher to the enemy.

With “Hamas” adopting a pragmatic path four years ago after the election of a new leadership headed by Ismail Haniyeh, Yehya Sinwar and Saleh al-Arouri, this leadership worked to re-establish a relationship with the Axis of Resistance, including Syria, with the help of parties in the axis, but the relationship with Damascus continued to have some reservations on both sides. But finally, after the renewal of confidence in the new "Hamas" leadership two months ago in the internal movement elections, and following the victory of the resistance, along with the Syrian initiative that followed, and the "Hamas" response to it, it seemed clear that reservations were breaking down, especially among Syrians. It is true that the parties have mutual reservations, perhaps internal objections to the re-establishment of the relationship, and each has its own reasoning, but the two leaders’ realization of the importance of normalization between them and the extent of their interest in it may be a powerful motivation to bridge the previous gap.

Following the positive "Hamas" response to Al-Assad's greeting, criticism emerged both within the movement and from some of its supporters, who take a negative stance on the Syrian regime against the backdrop of events in Syria, but “Hamas” has a strong tendency to re-establish relations with Syrians. The military wing of the movement and a large part of the Political Office consider it urgent to do so, on the grounds that the exit from Syria has greatly affected the movement’s interests, narrowed its options, and made it lose a strategic arena where it has been maximizing its military strength.

As soon as the signs of rapprochement finally emerged, the voices of Palestinian and other Arab figures supportive to "Hamas" and hostile to the Syrian regime rejected normalization with the latter, and these are the same voices that have been calling for the continuation of the break with the axis parties for years, based on a sectarian standpoint. On the other hand, the current leadership of the movement believes that a smooth return of relations, quietly and as a first step, would be better for it, followed by the strengthening of confidence between the parties. This leads to the return of the movement’s leaders and members to Damascus, and the closing of the page of what happened previously with some "Hamas" members who were accused by Damascus of participating in the fighting against the Syrian army, on the grounds that this was not the movement's decision and was done individually.

Al-Akhbar learned from a leading source in "Hamas" that the movement seeks to take advantage of the recent victory to strengthen its relations within the Axis of Resistance, including Syria. The source stressed that "the recent positive signals will soon be translated into practical steps, contacts and talks by the mediators in the axis, in order to bring the previous dispute to an end and to start a new phase." It also noted that there had been a number of mediators who had worked on the file during the recent period, particularly the Palestinian factions in Syria, as well as a previous initiative by Hezbollah that is still working, stressing that the movement deals positively with all initiatives.

Confirming what Al-Akhbar has finally revealed, the source points out that “Hamas” will consult with Iran and Hezbollah with which meetings will be held shortly to discuss the use of "Al-Quds Sword" output, including the issue of the return of "Hamas"-Syrian relations, which the leadership of the movement currently attaches great importance to; Praising the statements of the Deputy Secretary-General of Hezbollah, Naim Qassem, in which he said that “efforts to bring Hamas back to Syria are well under way, and that the battle in Palestine is saying that we are on the path to return the relations between Hamas and Syria."