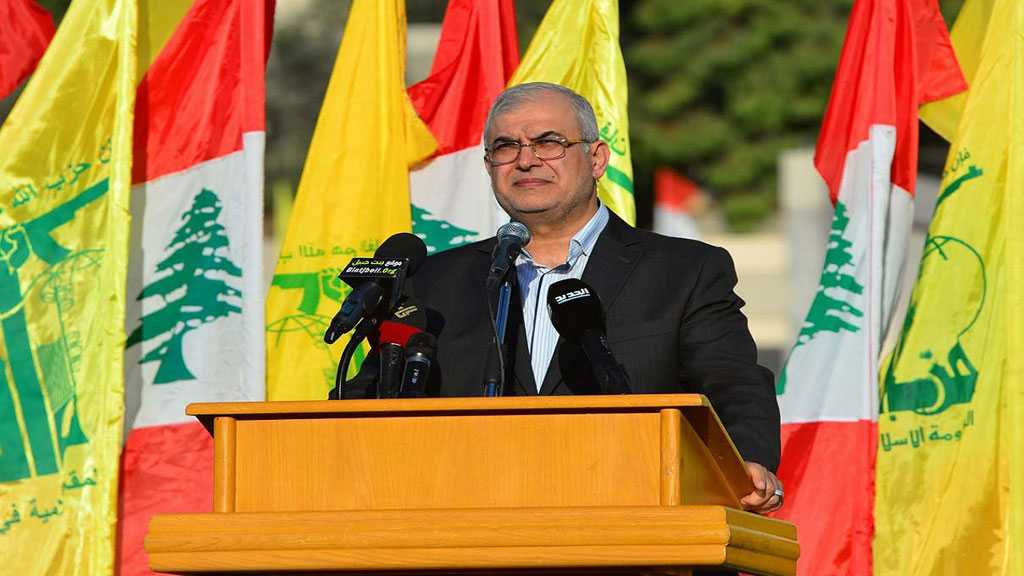 MP Raad made the remarks during the inauguration of a memorial site to honot Martyr Leader Ibrahim Mahmoud al-Hajj [Abu Mohammad Salman], which coincided with the occasion of May 2000 Liberation Day.

Addressing the resistance fighters, Raad said “The one who prepared for al-Quds Sword and its fist is you, as you have taught the world how a free person is proud, chivalrous, brave, sacrificing, resistant, and self-sacrificing, to protect his right, defend his nation, achieve his sovereignty, and protect his dignity as well as the dignity of the generations to come.”

“The victory that was made today is an extension of the victory of Martyr Abu Mohammad Salman and the resistance fighters,” Raad said, adding that “the arch of victories is growing higher, and we are awaiting one victory after the other.”

Radd also pointed to the near 3000 missiles that hit the ‘Israeli’-occupied Palestinian territories, conveying that “this is some of what the enemy would face had it committed any idiocy that might lead to a confrontation with Lebanon.”

The Hezbollah MP further emphasized that “After Operation al-Quds Sword, the enemy started to consider the existential threat against its entity, which it started to feel seriously,” noting that “the resistance is no more some scattered fighting groups but a coherent Axis of Resistance from one end to the other, whose slogan is Allahu Akbar [Allah is the Greatest!].