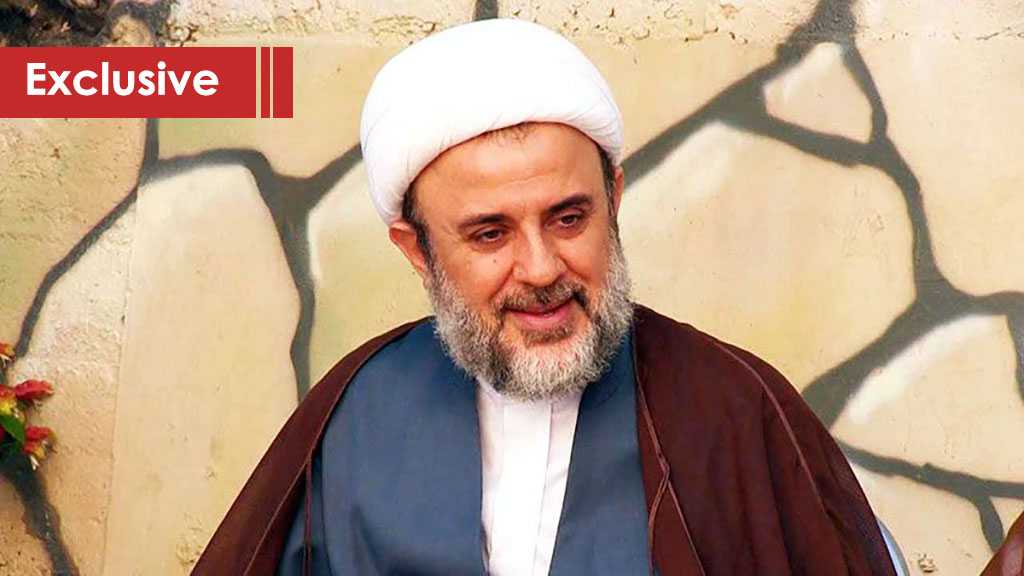 The phantom of Haj Imad Mughniyeh roaming through the liberated South, the last days of the liberation, the defense capabilities accumulated by the resistance, and the immediate hope for the liberation of Palestine; all of these are the core themes of which the member of Hezbollah’s Central Council, Sheikh Nabil Qaouk, has talked about to “Al-Ahed News” on the occasion of the anniversary of the Resistance and Liberation Day.

“Strengthening the Lebanese protection system is an ongoing day-to-day action, since the resistance doesn’t ease or rest and breaking the deterrence equation has become impossible,” Sheikh Qaouk affirms, stressing that the axis of resistance is integrated and coherent, and is now stronger and tougher than ever before. Gaza’s interference of its resistance and its missiles as a way of defending al-Quds is a historic achievement and a surprise to the ‘Israeli’ enemy and what happened confirms that the liberation of Palestine as a whole and that the end of the occupation is no longer a dream, a motto, or a wish.

Regarding the great jihadi leader Haj Imad Mughniyeh, Sheikh Qaouk reveals that “In preparation for the Victory Festival in Bint Jbeil, Haj Radwan said that the victory is incomplete without the release of prisoners and that he is currently preparing for an abduction that will ensure the liberation of all prisoners and detainees, as victory is only complete with their return.” Indeed, on Wednesday 24/5/2000, he went on a tour across the area overlooking the Shebaa farms for this exact purpose. He planned the operation all by himself and supervised its maneuver.

The full text of the interview with Sheikh Nabil Qaouk reads as follows:

-Twenty-one years have passed after the liberation of southern Lebanon; How far have the resistance's capabilities to protect and deter the enemy gone?

With every new dawn, the capabilities of the resistance are enhancing in both quantity and quality and the deterrence equation with the enemy becomes stronger. Therefore, it leads to greater protection and preservation of Lebanon's territory, people and sovereignty. Strengthening Lebanon's protection system is an ongoing day-to-day action, since the resistance doesn’t ease or rest and breaking the deterrence equation has become impossible. It was the liberation in 2000 that brought the nation into the dawn of victories. It is true that May represents the “Nakba”, however, the resistance strategy made May a symbol of victory from Lebanon to Palestine and throughout the nation.

-How does the unified Axis of Resistance face challenges?

The Axis of Resistance is integrated and coherent. It seeks common goals and is based on a strategy to confront the aggressive ‘Israeli’-American project against Palestine, the region and its peoples. It is the centerpiece of those who have refused to surrender to the enemy, humiliate their peoples and undermine their causes, existence and identity.

This Axis, today, has become stronger, tougher and more coherent than ever.

The unity of this axis is reflected in its positions, its performance and its triumph of its causes and components, thereby it moves like a single unit, so whenever someone is down, the whole group comes to the rescue.

With every victory against the ‘Israeli’ enemy, we recall the spirit of Haj Qassem Soleimani, who has strengthened and developed the resistance’s strategy and besieged the enemy with missiles from everywhere.

-What is the importance of entering the Gaza Strip today along with the popular Intifada in the West Bank and al-Quds and standing by the Maqdessis [people of al-Quds]?

The interference of Gaza’s resistance and missiles as a way of defending al-Quds is a historic achievement and a surprise to the ‘Israeli’ enemy. Gaza's resistance has dropped all attempts of division and partition that the enemy has worked on ever since the occupation. Today, from Gaza to al-Quds, along with the West Bank to the 48-lands, the Palestinians have said their one unified word, “Palestine will always be united from the river to the sea,” and all attempts to "domestication" and "Israelization" fell after decades of consolidating these attempts. Gaza’s involvement in the confrontation contributed to this historic achievement, which has exposed the enemy’s weakness and its illusion of power, and has enhanced the possibility of the entity’s downfall and the demise of its occupation.

-How does Hezbollah express its help and support for the Palestinians and the resistance today? At what level do they carry out their coordination and communication?

- There are details related to the jihadi leader Haj Imad Mughniyeh during the days of liberation: How did he move between villages? Was the idea to capture ‘Israeli’ soldiers at the time a way to get prisoners out of occupation prisons? Why was the decision to quickly destroy all the ‘Israeli’ sites after the enemy was defeated?

Haj Imad used to travel as one of the people returning to their villages. On Monday 22/5/2000 he got in the middle of a crowd of people and took the Majdel Selm-Tallousa road on foot until he reached Hula, a village on the border of Palestine. And there he stood by the fence and, for the first time, inhaled the Palestinian air. It was the most beautiful moment of his life.

Haj Imad Mughniyeh worked to pursue the enemy from village to another on the basis that the withdrawal would be under fire to highlight the enemy's defeat.

In preparation for the Victory Festival in Bint Jbeil, Haj Radwan said that the victory is incomplete without the release of prisoners and that he is currently preparing for an abduction that will ensure the liberation of all prisoners and detainees, for victory is only complete with their return. And indeed, on Wednesday 24/5/2000, he toured the area overlooking the Shebaa Farms in order to achieve this purpose, planning the operation himself and overseeing its maneuver.

Haj Imad didn’t trust the enemy as the defeat was imposed on it. And Haj Imad feared at the time that the enemy could return quickly to these sites, so he destroyed them to impede any attempt of their return, and in order not to have fortified sites adjacent to the border in the future, which the enemy could benefit from in any future war.

Every night we used to meet Haj Imad and the leaders of the resistance operation, until after midnight, to set the measures that must be taken on the next day. And before entering Ein Ebel, Debl, and Rmaysh, the procedures were strict and the resistance members were told not to enter these three villages armed. Haj Imad used to personally follow up on this report in order to ensure that there was no fear and panic among the inhabitants of these villages; since instilling fear of the resistance among the people is an ‘Israeli’ goal that ‘Israel’ has been pursuing.

He personally drove his car to Ein Ebel, where a number of men from Ain Ebel followed him with their cars. Haj Imad’s companions were worried about these men and intended to talk them, but Haj Imad refused and ordered to leave them so that they can be reassured and return to their families so they can reassure them as well, and that is what happened.

During the exit of Haj Imad from Ain Ebel and at the Bint Jbeil Junction, he saw a car filled with armed men, and feared that they would enter Ain Ebel with their weapons and cause tension in the village. So he stepped out of the car and ordered them to leave. He then asked the military intelligence officers, who were there, to prevent these men from entering the village.

Haj Imad roamed the border inch by inch from Naqoura to Jabal Al-Sheikh, as he checked all points and stepped out of his car in several places; which took a long time. And we had a congregational prayer in the presence of Haj Imad directly at the border strip with occupied Palestine.

- How did the Secretary-General of Hezbollah follow up on the details of the last days? 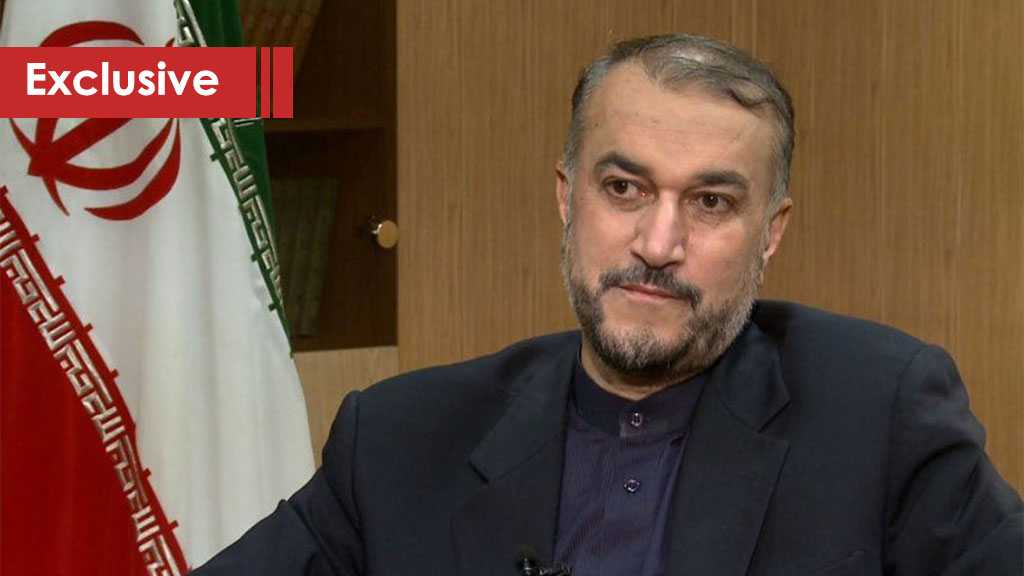 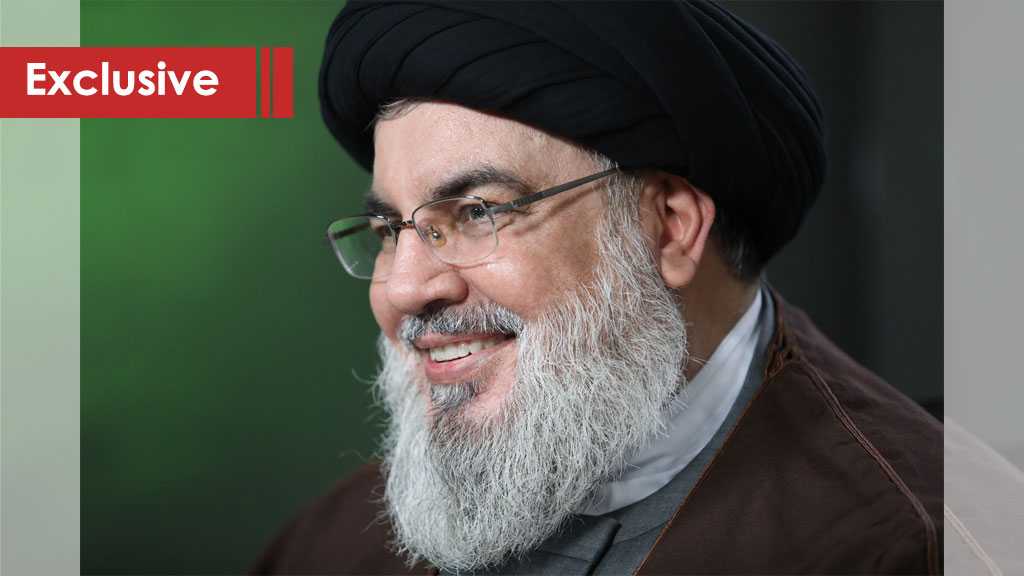 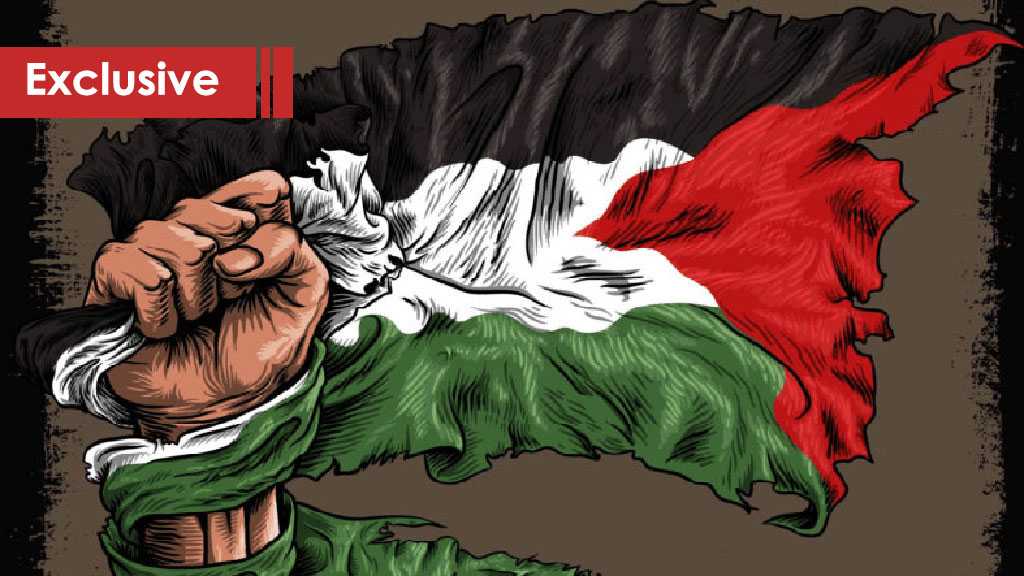