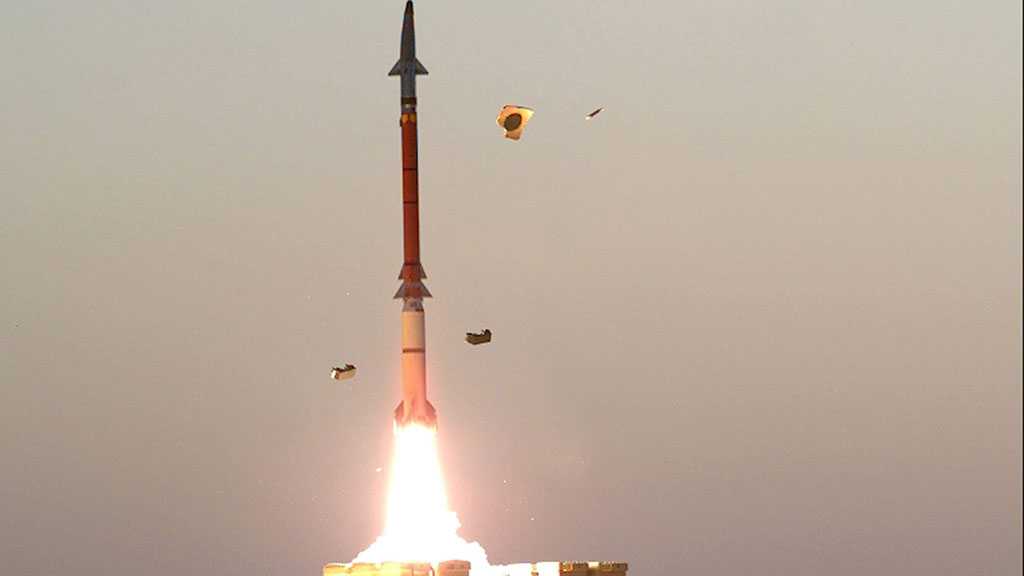 With a ceasefire announced in Gaza, it’s crucial to apply the lessons-learned to a likely future conflict with Hezbollah, and likely Iran, in Lebanon and beyond, the authors said.

Earlier, the Jewish Institute for National Security of America [JINSA] has laid out in a comprehensive report that this looming war will be unprecedentedly destructive. Hezbollah’s arsenals are an order of magnitude more potent than anything in Gaza, including at least 130,000 rockets and missiles that will overpower ‘Israel’s’ world-class multi-layered air system network.

Since July 2006 ‘Israeli’ war on Lebanon, Hezbollah rebuilt its arsenal, possessing now more firepower than 95 percent of the world’s conventional militaries, and more rockets and missiles than all European NATO members combined. As is the case resistance groups in Gaza, the vast majority of these are unguided short-range rockets, though Hezbollah likely has several times more of these than the estimated 30,000 short-range rockets and mortars in Gaza at the start of the last round of conflict.

Hezbollah also has thousands of more powerful unguided medium- and long-range rockets, many of them ranging all of the ‘Israeli’-occupied territories, compared to several hundred at most in Gaza that can reach central ‘Israel,’ including Tel Aviv, and only parts of the north. These longer ranges allow Hezbollah to disperse its arsenal throughout Lebanon, including Beirut and Beqaa Valley, covering much greater area than Gaza, according to the article.

And unlike anything in the arsenals of Hamas or Palestinian Islamic Jihad, Hezbollah wields dozens or hundreds of precision missiles, the authors went on to say. “Because Iron Dome focuses on projectiles threatening built-up areas, ‘Israel’s’ challenges will grow proportionally with the precision munition stocks of Iran and Hezbollah.”

This encircling “ring of fire” from Lebanon and elsewhere could overwhelm the Zionist entity’s multi-layered air systems with barrages larger than anything yet seen. To be sure, Iron Dome held its own in recent Gaza conflicts. It did so even as the rate of incoming fire increased from 200 rockets daily in 2014 to as many as 400-500 per day in 2021, including 130-rocket barrages, and even as fully half of the recent rocket launches threatened populated areas [up from 20 percent in 2014].

But Hezbollah will launch as many as 3,000 rockets, missiles and drones daily at the outset of the next war – nearly as many as in the entire 2006 and 2014 wars – and at a sustained rate of around 1,000 per day, threatening to oversaturate not just Iron Dome but the Zionist entity’s other air systems as well, according to the article.

Unlike Gaza resistance groups, whose threats of cross-border incursions were minimal in the last conflict, Hezbollah will deploy these assets not just defensively throughout Lebanon, but also offensively in concerted ground invasions against northern ‘Israel,’ they added.

The ensuing conflict will greatly strain the ‘Israeli’ occupation forces and the Zionist population. The Zionist military will have to prioritize countering launchers, suggesting more than 1,000 airstrikes daily in Lebanon, Syria, Gaza and perhaps farther afield, compared to roughly 200 daily in the latest bout of fighting.

The Zionist entity’s critical infrastructure and cities will depend on passive ‘defense’ measures and luck. Thousands of rockets and missiles will target industrial, electricity, water and transportation chokepoints, and the densely-populated occupied coastal heartland. The result could be mass casualties, enormous physical destruction and severe disruptions to basic services.

The damage to ‘Israel’ likely will be unprecedented.

Meanwhile, the authors advise the United States and ‘Israel’ that they must ensure sufficient co-production of Iron Dome systems and interceptors to mitigate Hezbollah’s sheer mass of unguided and short-range rockets and artillery, as well as “David’s Sling” and Arrow air defense systems to counter Hezbollah’s longer-range and precision arsenals, including drones and ballistic and cruise missiles.