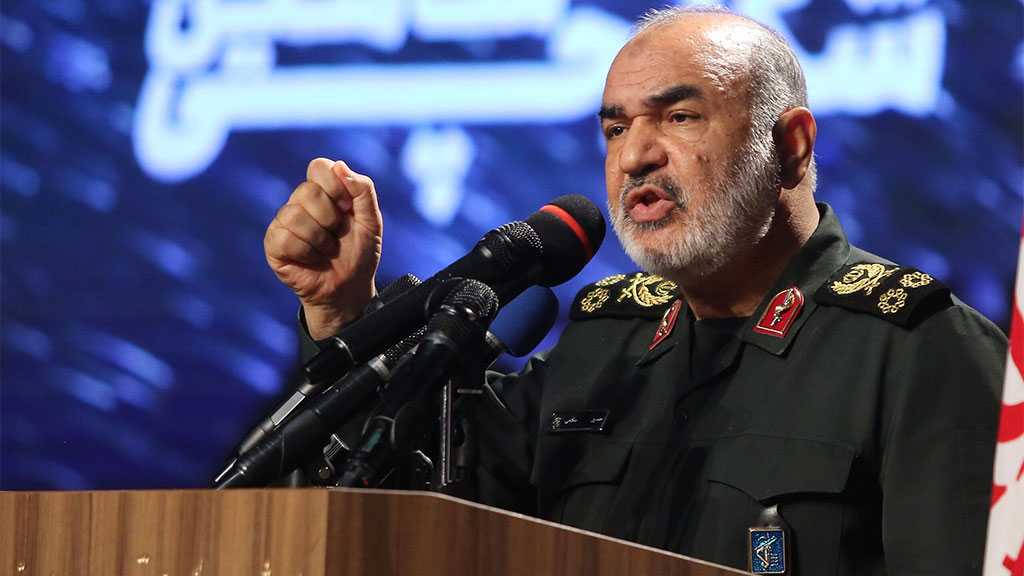 Salami greeted the Palestinian martyrs, and noted that the great victory of the resistance was a divine miracle, and it was not only the victory of Palestine, but it also revived the honor and dignity of the Muslim nation.

“It was also a terrible defeat for the usurper ‘Israeli’ entity, its supporters, and the conspirers with it,” he added.

In the two separate phone calls with the Palestinian resistance leaders, General Salami underscored: “I announce to you, in the name of the Islamic Revolution Guard, that we won’t leave the Palestinian people alone, and we will stand by their side and support them with all our capabilities until the last moment of eradicating this enemy, which is a very close moment.”

Salami also said that this Palestinian victory has proved that ‘Israel’ is really weaker than a spider’s web.

Haniyeh, for his part, appreciated the firm positions of the Islamic Republic of Iran in defending the rights of the Palestinian people and supporting the political rights of its people and resistance groups.

In another phone conversation, Ziad al-Nakhalah said that the Palestinians now believe in liberating their land from the clutches of the Zionist regime. The 11-day war of the Zionist regime against Gaza is an important and key issue in the history of battle and conflict with the Zionist enemy. It can be said that this war is part of unprecedented unity and a cohesive and coordinated axis of Palestine.

He also added that Iran was with us in all fields and it is a partner in this victory and it will be with Palestinians in the liberation of Quds.