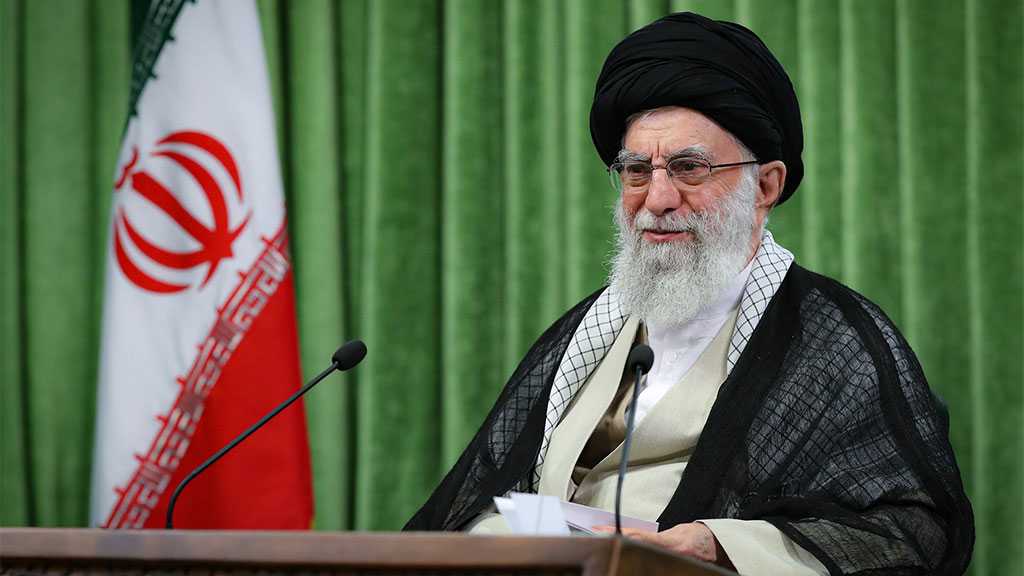 Leader of the Islamic Revolution His Eminence Imam Sayyed Ali Khamenei extended his congratulations to the Palestinian people over the historic victory of the resistance front against the Zionist regime.

In a message on Friday, Imam Khamenei said Palestine will become more powerful and the wicked and usurping regime of ‘Israel’ will become even weaker when faced with prepared Palestinian youths and power of valuable resistance groups.

Imam Khamenei added that the Palestinian people have come out honorably of the test of the recent days, saying the “savage ‘Israeli’ enemy well understood that it is incapable of facing Palestine’s united uprising.”

Over the past 12 days, the cruel ‘Israeli’ regime committed “massive crimes” mainly in the Gaza Strip, and proved in practice that due to its inability to face Palestine’s unified uprising, it carries out “shameful and insane” moves to such an extent that world public opinion is incited against the regime and more hatred towards it and Western states, particularly the US, is fomented, Imam Khamenei stated.

His Eminence added that the Zionist regime’s defeat was manifested both in its “continued crimes” and its “request for a ceasefire.” Therefore, Imam Khamenei said, “the regime was forced to admit defeat.”

His Eminence also said “senior resistance and political Palestinian officials determine when to begin and end the conflicts, but there is no end to preparedness and strong presence on the scene.”

“Muslim governments should enter the scene with sincerity to support the Palestinian nation whether [in the field of] military strengthening or financial support, which is required more than before, and the reconstruction of infrastructures in Gaza,” Imam Khamenei added.

His Eminence described punishing the Zionist regime as another significant duty of Muslim states and said all “awakened consciences acknowledge that the crime of massacring Palestinian women and children over the past 12 days must not go unpunished.”