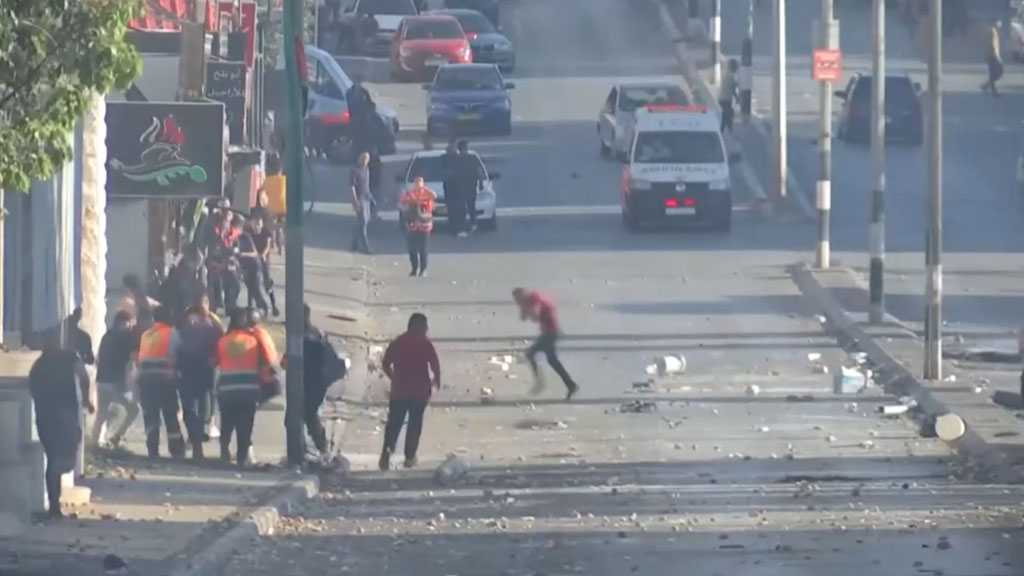 Three Palestinian protesters were martyred so far and dozens others sustained injuries after ‘Israeli’ occupation forces opened fire at a large demonstration in the occupied West Bank, the Palestinian Health Ministry reported.

The ministry identified the first martyr as 25-year-old Mohammad Hamid. It later announced the martyrdom of Islam Barnat and Adham Kashif. The number of the wounded hit 46, among which 16 who sustained bullet injuries.

Thousands of Palestinians staged rallies in the occupied West Bank on Tuesday to protest the ongoing ‘Israeli’ aggression on Gaza.

The rallies took place amid a general strike that started on Tuesday across the occupied territories, in what organizers termed as a “day of anger” over ‘Israeli’ assaults.

"The Palestinian people proved to be united against oppression, occupation and aggression," Tawfiq Tirawi, a member of Fatah’s Central Committee, said during a rally in central Ramallah.

Palestinians also staged a protest near Huwara checkpoint in Nablus for the same purpose.