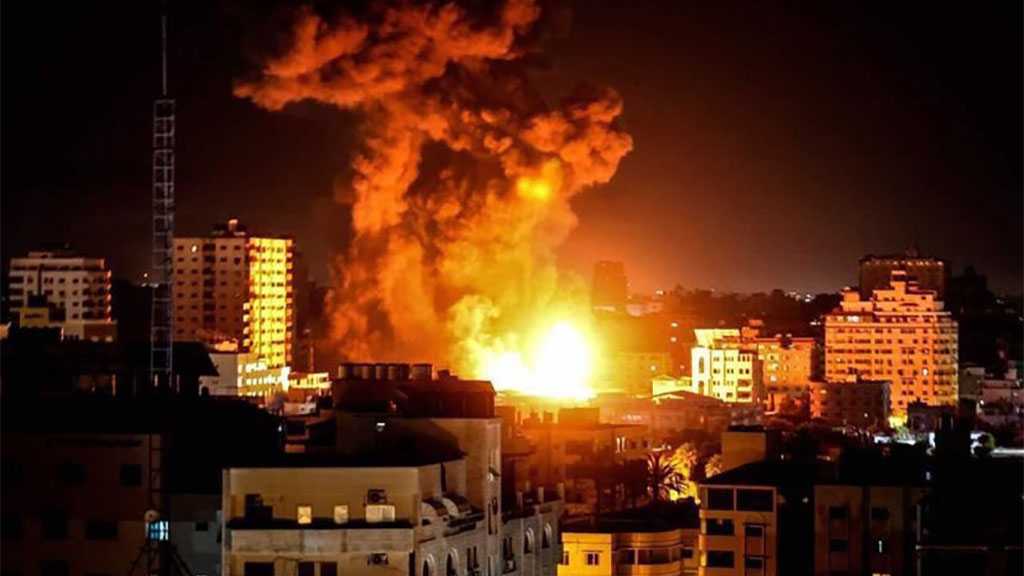 As the ‘Israeli’ aggression against the besieged Gaza Strip and the occupied West Bank enters its second week, the Palestinian Health Ministry put the number of martyrs at 218, while the number of those injured reached 5604 so far.

Amid the non-stopping attacks, the ‘Israeli’ military launched new air raids on Gaza in the early hours of Monday local time.

Dozens of attacks were carried out, media agencies reported, and the ‘Israeli’ military admitted.

At least 55 air raids were launched against Gaza early on Monday, with the targets including a four-storey building in the center of Gaza City.

However, Sunday was the deadliest day in the Zionist regime’s aggression so far, with at least 42 Palestinians martyred and dozens more wounded.

In retaliation, the Palestinian resistance has been launching hundreds of missiles towards the occupied territories, with the Zionist media admitting that the missiles killed at least 10 ‘Israelis’ so far.