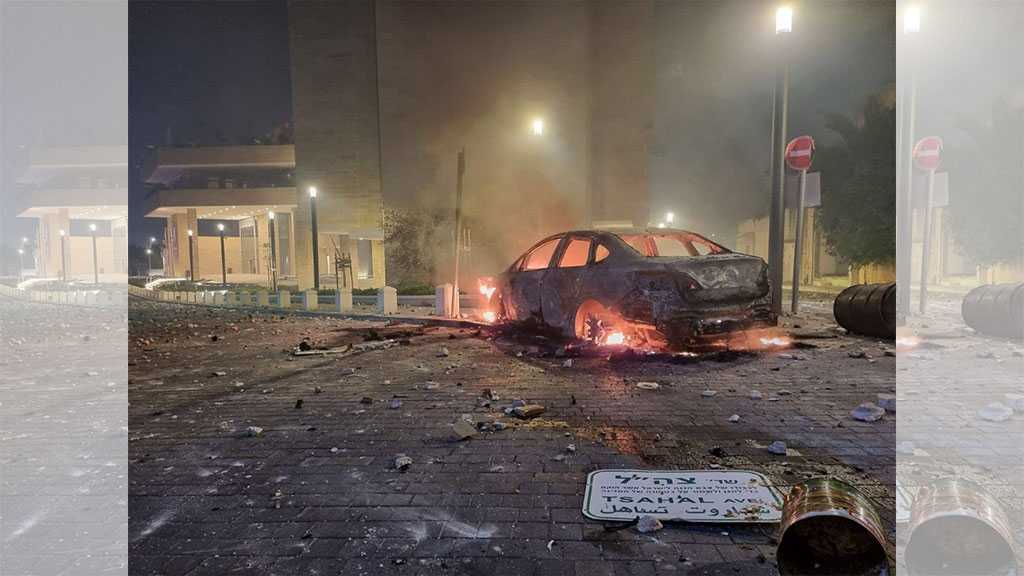 The Palestinian resistance movement Hamas launched a barrage of rockets at Zionist targets following the occupation entity’s failure to observe a deadline set by the movement to pull out its troops from occupied East al-Quds and the holy al-Aqsa Mosque compound.

On Monday evening, the Izz ad-Din al-Qassam Brigades, the armed wing of Hamas, said in a statement that it had hit the occupied part of al-Quds with several rockets in retaliation for the Zionist “crimes and aggression in the Holy City, and its harassment of our people in Sheikh Jarrah and Al-Aqsa Mosque.”

It added that this was a “message that the enemy should understand well.”

Hamas had earlier on Monday issued a one-hour ultimatum for the Zionist regime to withdraw its forces from al-Quds and to end its crackdown on Palestinians in the flashpoint holy city by 6:00 p.m. local time, or Tel Aviv would face escalation.

The rockets were launched minutes after the deadline passed.

The Zionist military claimed in a statement that at least seven rockets had been fired from the besieged Gaza Strip against the occupied part of al-Quds, adding that one of the projectiles was intercepted and the rest did not cause any casualties or damage.

Amid the developing situation, the Zionist parliament [Knesset], was also evacuated mid-session shortly after warning sirens rang across the occupied city following the rockets launching.

More than 300 Palestinians were recently injured in brutal assaults by Zionist occupation police outside the al-Aqsa Mosque.

Dozens of rockets were also reportedly fired from Gaza toward Zionist occupation settlements of Sderot, Ashkelon, and the neighboring settlements.

Hundreds of Palestinians have been injured since Friday, when ‘Israeli’ occupation forces attacked Palestinian worshipers in al-Aqsa Mosque compound.

The Palestinian Red Crescent said hundreds more were wounded in fresh confrontations on Monday that came ahead of a scheduled protest rally marking the Zionist regime’s 1967 occupation of the holy city.

The provocations took a still dangerous turn after the forces attacked Palestinian homes in Sheikh Jarrah neighborhood following a protest rally by Palestinians against a court ruling which allows Jewish settlers to take over Palestinian homes there.

Separately on Monday evening, the Palestinian Health Ministry said in a statement that at least 20 Palestinians, including nine children, had been martyred in ‘Israeli’ airstrikes on the northern parts of the Gaza Strip.

Hamas announced that a total of 100 missiles have been so far fired toward the occupied territories.

The violent crackdown by the enemy’s occupation forces on Palestinians in al-Quds and the ensuing clashes have already sparked global concern.