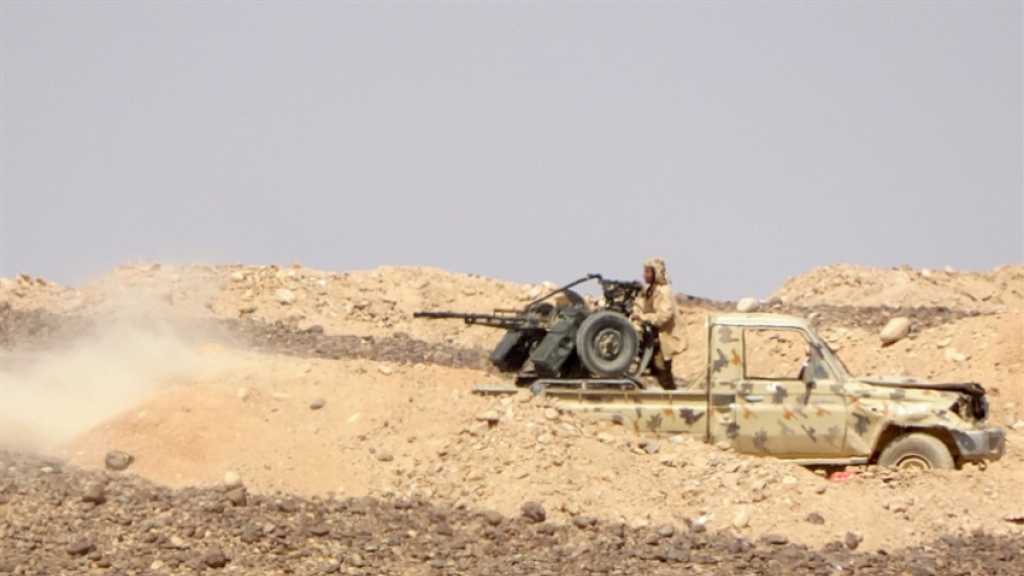 Sanaa - Taking Talaat al-Hamra, the most important and largest garrison of the city of Marib under the control of Sanaa forces, made the clocks of the city’s "liberation" hour enter a hub where there is no turning back, even if the forces loyal to the Saudi-Emirati coalition try to regroup and fortify their defenses in the remaining borders of the governorate center. The situation before taking Talaat al-Hamra isn’t the same after it, whether in terms of the terrain that will be much easier for the army and the "Popular Committees" than they have previously experienced, or the possibility of controlling strategic supply routes that will be much greater for them, or of controlling the remaining entrances in Marib's surroundings with fire.

Talaat al-Hamra, the most important and largest garrison of the city of Marib, fell under control and the latest hopes of the Saudi-Emirati coalition to regain the initiative on the fronts of the city’s surroundings fell with it. Taking control of Talaat al-Hamra is similar to when they took al-Ahmar Mountain, overlooking the city of Amran, seven years ago. Since it is the most complex garrison that gives those in control the right to control strategic supply routes, the most important of which is the Sirwah-Marib line, and places the remaining entrances around the western and north-western gates of the province center under the victor’s mercy. From Talaat al-Hamra, the Sanaa forces can shorten the distances and advance east towards al-Bas hill, and from there to the Lower Dahlah and Hammat al-Maqhawi near Hammat al-Masariya overlooking the western neighborhoods of Marib, where the road is cleared in front of the army and the "Popular Committees" towards the city's military hospital. From Talaat al-Hamra and the surrounding entrances, specifically to the east, it is possible to advance towards al-Jufina area after taking control of al-Balaq al-Qibli, since taking control of al-Talaa provides the army and the "Committees" an opportunity to advance towards Marib from more than one path, and makes all defenses of the forces of outgoing President, Abd Rabbuh Mansur Hadi, in the rest of the city’s borders, fragile and vulnerable, even if dirt mounds, trenches for archers and armored hideouts are created. This is because the terrain after taking Talaat al-Hamra is not the same as before it, and the terrain - according to the military geography in Marib - plays an important role in resolving the battle. This significant loss, usually not confessed by the Hadi forces, came a few days after the al-Mashjah Front northwest of Marib fell entirely under the control of Sanaa forces, where the field of operations moves beyond al-Mashjah and the confrontations approached al-Mil area in the northwestern outskirts of the city.

This dramatic military shift took place within a matter of hours, with the advance of the army and the "Committees" east of Talaat al-Hamra, and taking down a number of important positions on the same front following the surrender of the pro-Hadi "125th Brigade" forces, which have been under siege since dawn Saturday and have declared fighting with the army and the "Committees," to spite the "Alliance", after being subjected to "treachery" and aerial bombardment. Although the battle intensified, specifically east of the strategic al-Talaa, operations were almost parallel over the past two days after Hadi forces added hundreds of ideological elements to the fight. However, those Salafi militias, reinforced by “al-Qaeda” members, quickly collapsed under huge military pressure imposed by Sanaa forces. While attempting to retreat to the outskirts of Talaat al-Hamra, they were subjected to heavy artillery fire by "al-Islah" militias fighting in their lines. Tribal sources in Marib confirmed to "Al-Akhbar" that Hadi forces and the militias fighting east of Talaat al-Hamra were "betrayed" by their comrades in "al-Islah," after they retreated under the strikes of the army and the "Committees," explaining that most of the Salafi fighters follow the pro-Saudi leader, Hamdi Shukry, and they belong to the governorates of Lahj and Abyan [in the south]. It stated that the forces of Sanaa imposed the siege on Hadi's forces in Talaat al-Hamra, by advancing on Saturday night to al-Dahla hill overlooking al-Bas hill, and supervising the supply lines of the pro-"Alliance" formations, and then began their attack on the latter since dawn Sunday from three axes inside and around al-Talaa for more than 12 hours straight. This attack leads to massive breakdowns among Hadi forces, prompting dozens of their members to withdraw from the battle and return to Marib city, preparing for the army and "Committees" to take control of a number of ruling positions in Talaat al-Hamra, such as the Site of the Martyrs and al-Bayda hill, as well as achieving new and significant breakthrough east al-Talaa, marked by their progress east al-Shaab al-Ahmar, Umm Qabaqib, and Umm Nakharir. Close sources to Hadi forces described the incident as a "treason," noting that the commanders of some battalions had directed their combatants to withdraw from their positions and be stationed at the outskirts of Al-Talaa from an easterly direction. On the scope of control, more than one source reported that Hadi forces are still on the outskirts of Talaat al-Hamra, after the army and the "Committees" took control of nearly 80% of it, and that confrontations were still raging in the eastern outskirts of al-Talaa. However, this represents no military significance after all the highland falling in the hands of Sanaa forces, despite the fact that the "Alliance" aircraft launched more than 50 raids on the burning battlefronts in the vicinity of Marib during the past 48 hours.

The Battle of Talaat al-Hamra started with the advance of the army and "Committees" to the fronts of Melbouda, al-Attif, Wadi al-Baraa, al-Zor, al-Hamajra and parts of al-Balaq al-Qibli areas, where operations were difficult due to their garrisons, lava and high natural plateaus. Although the Sanaa forces were briefed onTalaat al-Hamra from more than one direction previously, the decision-maker of the military field had to fight a battle with minimal casualties, therefore, they took complete control of the Hailan front, and turned towards al-Mashjah to fight the fiercest confrontations with the Hadi forces, which considered this front as a strategic defense line for two years, and reinforced fortifications, dirt mounds, trenches and weapons caches. As the air support intensified with hundreds of raids on the al-Mashjah front, the army and "Committees" were able to take it down last week, so Hadi forces retreated to their outskirts, and started to rearrange their ranks during the past days and launched several attacks aimed to recover what they lost in the field, but their attempts failed. The Sanaa forces were able to move the battle northwest Marib city beyond the al-Wayt al-Mahrouq and Dishoush areas, and came close to breaking through the new line of defense of the Hadi forces in al-Mil area on the outskirts of the northwestern suburbs of the city. Likewise, the army and the “Committees” continued to take control of the upper al-Tuma, in which Maher hill is located, and their vanguards advanced to the vicinity of al-Bas hill, and they also managed to advance east of al-Hamma al-Hamra.

Despite the admission of Hadi's Defense Minister, Muhammad al-Maqdashi, in an interview with the American "CNN" channel’s team that visited the Marib fronts last week, that Sanaa forces had significantly advanced towards the city, the ministry continues to delude its loyalists that its military position remains constant. 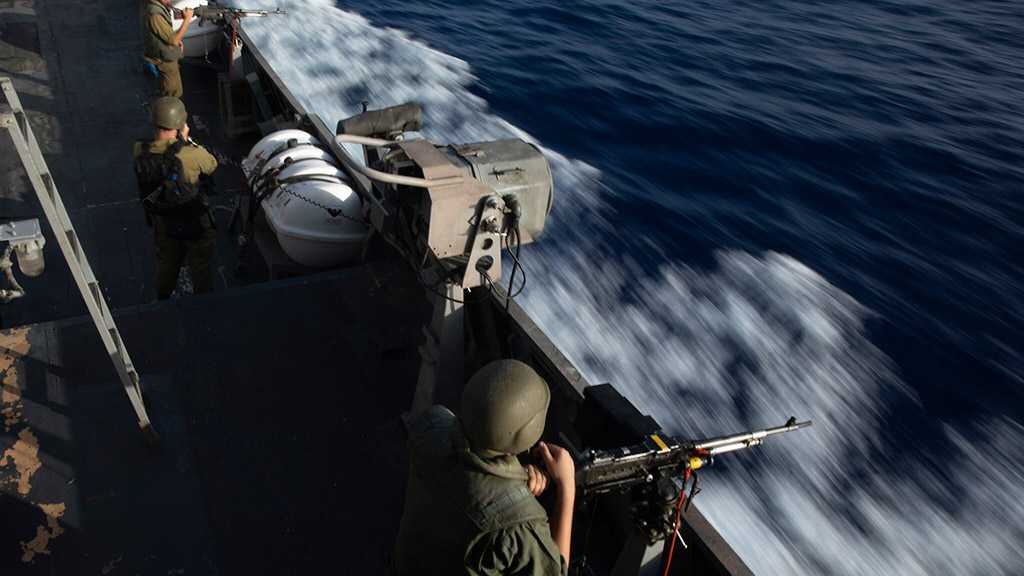 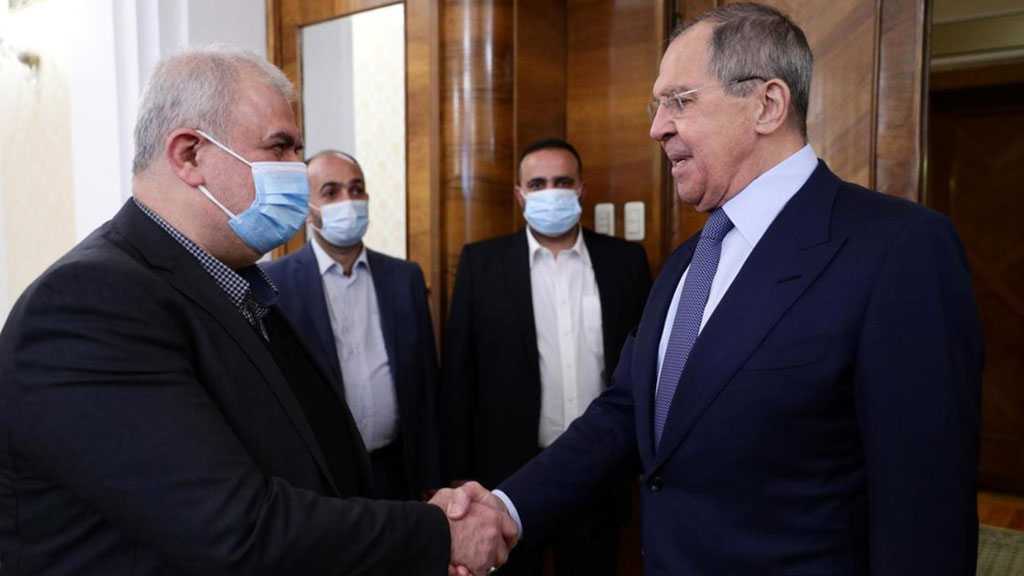 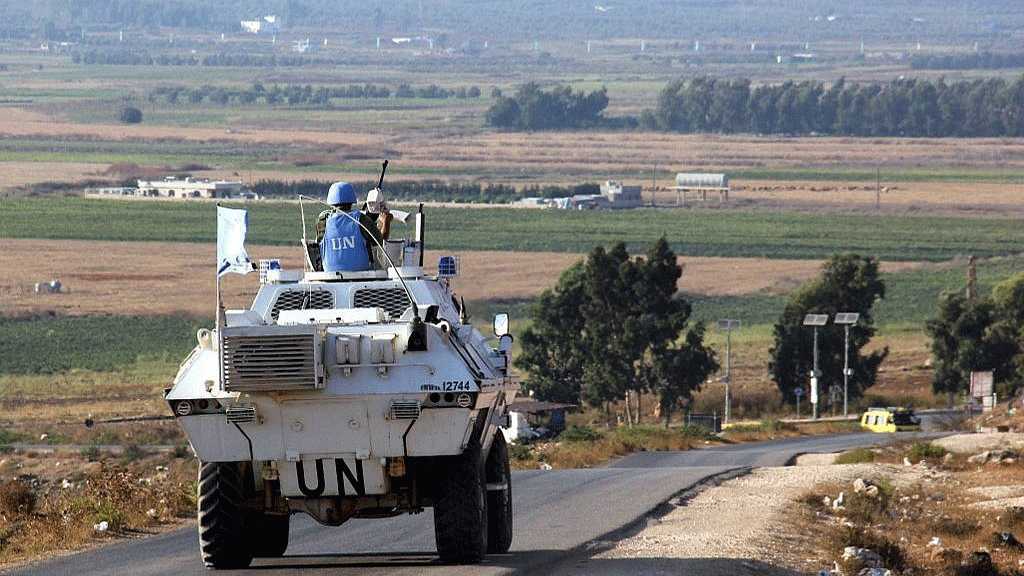