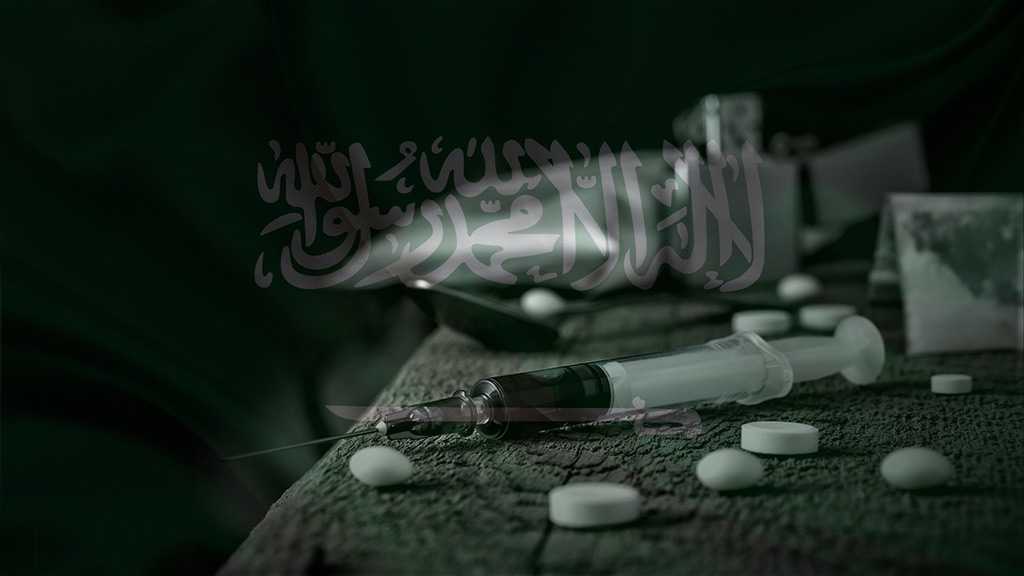 Saudi Arabia announced on Friday a ban on imports of fruits and vegetables from Lebanon, blaming an increase in drug smuggling.

The Lebanese foreign ministry said it had been informed of the ban through the Saudi embassy and the foreign minister had relayed it to top officials.

The ban will take effect from 9:00 a.m. local time on Sunday.

According to Saudi Arabia's SPA news agency, Saudi customs authorities at Jeddah had foiled an attempt to smuggle in more than 5.3 million Captagon pills, a type of amphetamine, hidden in pomegranate shipments from Lebanon, said Mohammed bin Ali al-Naim, undersecretary for security affairs at Saudi Customs.

It is a mere allegation which seems to contradict the fact that it was not autumn season, the time when Lebanon exports such produce.

Lebanese local media quoted the head of the country's fruit and vegetable exporters, Naeem Khalil, as denying it was pomegranate season in Lebanon.

Khalil said the seized cargo could not have been Lebanese but had transited via Lebanon from Syria.

There is no doubt that “the Kingdom’s security is a red line”, as Saudi Interior Minister Abdulaziz bin Saud said, commenting on the foiled smuggling attempt. However, the policy of banning imports of products should have been imposed after the seizure of 10 million and 10,000 Captagon pills at a border crossing with the United Arab Emirates [UAE] in December 2019.

However, at a time when those involved in drug trafficking, production or smuggling in Saudi Arabia are executed, their princes enjoy immunity, given that they are the widest route for the entrance of drugs into the Kingdom under the protection of the Riyadh regime.

Not long ago, Saudi princes had been involved in drug smuggling operations with a high level of professionalism.

In 1999, Saudi Prince Nayef bin Sultan smuggled two tons of cocaine from Venezuela to France. The French government accused him at the time of using his diplomatic status to smuggle drugs into a plane belonging to the Saudi royal family, but he managed to evade the verdict issued against him and he was convicted in absentia in 2007. The United States also accused him of conspiring to distribute cocaine, and it is now believed that Nayef bin Sultan is living in a legal shelter in Saudi Arabia.

Likewise, in 2015, Prince Abdul Mohsen, a member of the royal family, was arrested along with 4 other Saudis in Lebanon, after trying to smuggle two tons of drugs – Captagon pills and cocaine equivalent to 12 million pills – had been seized at Beirut International Airport in boxes with the phrase “Property of His Royal Highness Prince Abdul Mohsen bin Walid Al Saud”.

Moreover, the “Captagon Prince” revealed that members of the ruling family were involved not only in drug abuse, but also in trafficking and smuggling them from Lebanon in a plane that enjoys royal immunity.

The most prominent drug addict according to news leaks from Saudi Arabia and what the famous Mujtahidd posts on his Twitter account is Crown Prince Mohammed bin Salman [MBS], who presents himself as the Kingdom’s reformist. In 2015, Mujtahidd confirmed that MBS consumes drugs and drinks alcohol and narcotics.

Nonetheless, the American investigative journalist, Michael Wolf, revealed in his 2019 book “Siege: Trump Under Fire” that MBS is addicted to cocaine and that the US administration is aware of his addiction; and that MBS disappears for days as a result of behaviors that affect his decisions due to his drug use.

This being said, Saudi Arabia claims that it is being targeted “by drug traffickers in Lebanon or by drugs that pass through Lebanese territories”. Accordingly, Riyadh, which has a reputation as the largest “hotspot” of drug and Captagon trade in the world, stopped importing more than 50,000 tons annually of Lebanese agricultural products.