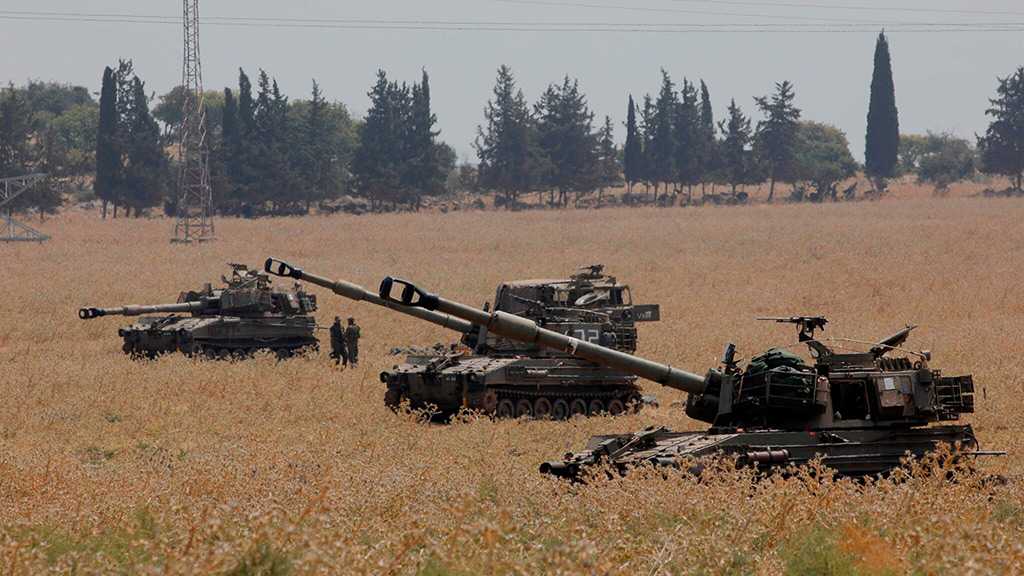 By Staff, The National Interest

The exercises last month by the “Israeli” entity’s 188th Barak [“Lightning”] Armored Brigade on the occupied Golan Heights, illustrated the wide spectrum of threats the “Israel” Occupation Forces [IOF] must prepare for: the maneuvers included conventional mechanized operations, counter-guerrilla tactics against an irregular army like Hezbollah, and destroying tunnels.

The IOF would love nothing better than to fight an old-fashioned tank battle, at which it is famously proficient. But twenty-first-century warfare is more about guerrillas and tunnels, and these are the bane of high-tech, mechanized armies.

The “Israeli” Army has had to cope with Palestinian Resistance movement Hamas infiltration tunnels dug from Gaza into the southern “Israeli” entity. Last year, the “Israelis” discovered what they alleged were several Hezbollah tunnels between southern Lebanon and the northern parts of the “Israeli” entity, stoking fears of a surprise Hezbollah operations to seize al-Jaleel [Galilee].

The problem is that tanks can’t get inside a tunnel, but a Hezbollah fighter with an anti-tank missile can pop out of one and destroy a $5 million Merkava tank. Haunting the “Israeli” Armored Corps is the debacle of the 2006 “Israel”-Lebanon War, when Hezbollah used a sprawling network of tunnels in southern Lebanon to ambush and knock out numerous “Israeli” armored vehicles.

The “Israeli” armor commanders seemed grimly determined to avoid a repeat of 2006.  “We understood there was a need for change,” Lt. Col. Yoav Schneider, commander of the “Israeli” entity’s 82nd Tank Battalion said.

If tunnels were the only threat faced by “Israel”, that would be challenging enough. But the IOF also has to prepare for a conflict with Hezbollah, a formidable practitioner of “hybrid warfare” that combines the well-trained soldiers and advanced weapons of a conventional army with the flexibility and elusiveness of guerrillas. Battling Hezbollah could encompass everything from stopping a surprise Hezbollah attack to seize “Israeli” towns, to crossing into well-fortified southern Lebanon to destroy Hezbollah rocket operations.

An advance into Lebanon will not be the timid, clumsy offensive of 2006.

The threat of advanced anti-tank weapons, such as the deadly laser-guided Russian Kornet employed by Hezbollah in 2006, had led some critics to question whether tanks are still useful. Combat in the rough terrain that guerrillas will operate from, such as hills or the numerous villages that dot Lebanon and Syria, is challenging for armored vehicles.

And there yet still more challenges the IOF must train for. And the worst part is that the “Israelis” can never be sure which threat will emerge next. This array of threats would tax even a superpower, let alone a nation of fewer than nine million people.