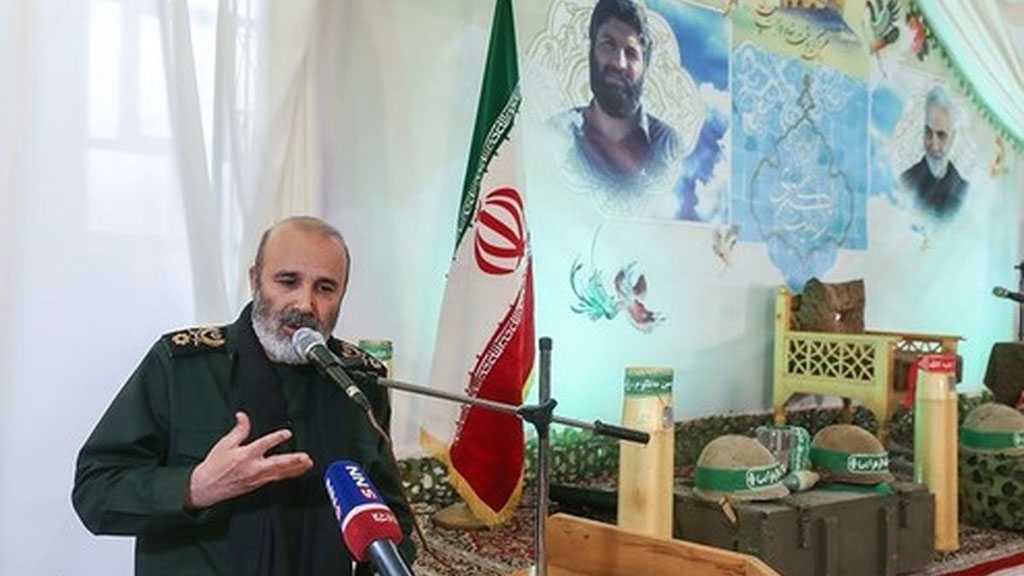 The new deputy commander of the Islamic Revolution Guards [IRG] Quds Force warned the ‘Israeli’ occupation regime that the resistance forces are in the proximity of its bases all over the world.

In an address to a conference, held in commemoration of his predecessor, martyr General Mohammad Hijazi, in Isfahan on Thursday, Brigadier General Mohammad Reza Fallahzadeh warned the “usurping Zionist regime” that the resistance groups are close to its bases all over the globe.

The resistance forces are pushing the ‘Israeli’ regime closer to downfall in every moment, the commander added.

According to the remarks by Leader of the Islamic Revolution His Eminence Imam Sayyed Ali Khamenei, the Zionist regime will not exist by the next 25 years, a number of which have already passed, Fallahzadeh stated.

General Fallahzadeh also reaffirmed commitment to follow the path of General Hijazi, who passed away on Sunday.

Upon Imam Khamenei’s approval, Brigadier General Fallahzadeh was appointed as the new deputy commander of the IRG Quds Force.