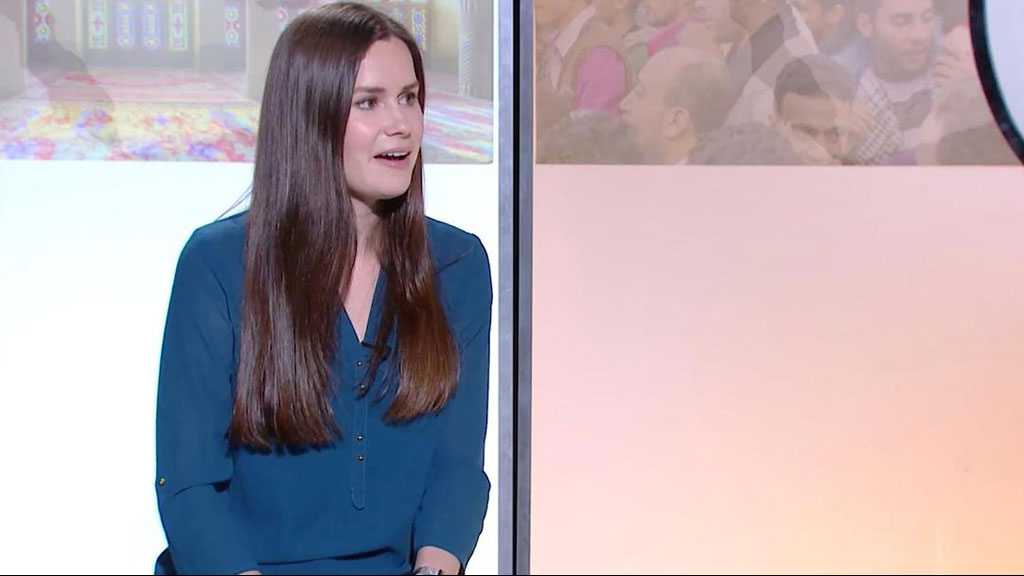 Political commentator Professor Tim Anderson shed light on the case of Kylie Moore-Gilbert, an Australian-British citizen who served a prison sentence over espionage charges in Iran, highlighting US media’s dishonesty in intentional concealing of the truth about Tehran’s assertion that the academic lecturer had passed a special training course under the Zionist regime’s direct supervision for her spying mission in the country.

Dr. Anderson, the director of the Center for Counter Hegemonic Studies [CCHS] in Australia, said in an article published on the center’s website on Friday that the American news mogul Rupert Murdoch's media outlet had spread misinformation over the convicted ‘Israeli’ spy, Gilbert, who returned home to Australia from an Iranian jail late last year.

The media outlet claimed that Gilbert had been held in a “hellhole” in Iran for no reason at all.

The British-Australian academic was freed from Tehran’s Evin prison in November after serving about two years of her 10-year jail term.

Iranian media reported that Gilbert had passed a two-year special training course in the ‘Israeli’-occupied territories for her spying mission and she had become fluent in Persian during the course and got prepared to perform espionage activities inside Iran.

Anderson said he had provided Murdoch journalist Stephen Rice with evidence that Gilbert had engaged in ‘Israeli’ “leadership training” for her spying mission in Iran through a fellowship offer in the Ein Prat ‘Israeli’ leadership academy at the Alon Shvut settlement, one of many illegal settlements in the occupied West Bank.

Anderson added that Gilbert had received a scholarship for the course from Tikvah Fund, an institution committed to supporting the intellectual, religious, and political leaders of the Jewish people.

As cited by the CCHS’s website, Anderson said, “Stephen Rice was either too lazy or too dishonest” to look at the links he had sent him, and that Rice had mentioned in one ‘Israeli’ article that the linked article said nothing about “leadership” or “training” and those words were an “invention" by Anderson.

“Murdoch's Megaphone @riceyontheroad was either too lazy or dishonest to recognize ‘Israeli’ sources backing Iran's assertion that @KMooreGilbert took ‘Israeli’ leadership training in a militarized colony at the heart of Palestine's occupied West Bank,” Anderson also said in a tweet.

Anderson also underlined that Rice pretended Gilbert’s ‘Israeli’ “leadership training” did not exist and he misled his readers.

"This willful ignorance and distortion of facts allows the Murdoch stable to keep representing the US backed regional wars in Palestine, Afghanistan, Iraq, Libya, Lebanon, Syria and Yemen as humanitarian exercises," he noted.

Gilbert traveled to different Iranian cities as part of her mission and gathered information.

Unaware that she was being watched by Iranian intelligence forces, the woman went to religious and tourist places in order to make her sojourn in Iran look normal.

She later tried to get in touch with some figures and targets to obtain economic and military information about Iran as well as the anti-‘Israel’ resistance front, but she was arrested in September 2018.

Following legal and judicial proceedings, the spy was sentenced to 10 years in prison for acting against Iran’s national security through her intelligence cooperation with the ‘Israeli’ regime.