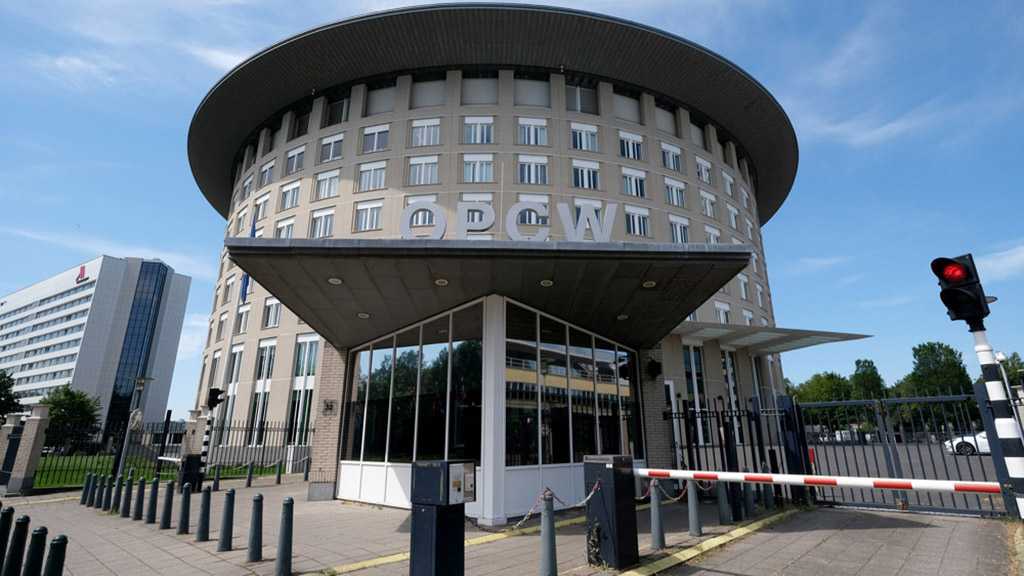 The Courage Foundation group dedicated to defending whistleblowers stressed that the Organization for the Prohibition of Chemical Weapons [OPCW] “sidestepped” concerns about its controversial investigation into the 2018 alleged chemical attack in the Syrian city of Douma, accusing the body of accepting “unsubstantiated or possibly manipulated” findings.

In a statement, the Courage Foundation highlighted instances in which OPCW inspectors involved with the probe identified major procedural and scientific irregularities.

The group said that former OPCW director general Jose Bustani had recently been prevented by key members of the Security Council from participating in a hearing on the Syrian dossier.

Recently, the group added, a draft letter falsely alleged to have been sent by the OPCW director general to one of the dissenting inspectors was leaked to an open source investigation website in an apparent attempt to smear the ex-OPCW scientist.

The “OPCW management now stands accused of accepting unsubstantiated or possibly manipulated findings with the most serious geopolitical and security implications. Calls by some members of the Executive Council of the OPCW to allow all inspectors to be heard were blocked,” the Courage Foundation said.

“To date, unfortunately, the OPCW senior management has failed to adequately respond to the allegations against it and, despite making statements to the contrary, we understand has never properly allowed the views or concerns of the members of the investigation team to be heard or even met with most of them. It has, instead, side-stepped the issue by launching an investigation into a leaked document related to the Douma case and by publicly condemning its most experienced inspectors for speaking out.”

On April 7, 2018, an alleged chemical attack hit Douma near the Syrian capital, Damascus. Western countries were quick to blame it on the Syrian government.

The OPCW’s final report on the incident, published in March 2019, all but confirmed justification for the Western act of aggression.

However, whistleblowing website WikiLeaks released several batches of documents suggesting that the OPCW may have intentionally doctored its findings, notably avoiding revelations which may point to terrorists having been behind the purported gas attack.

“The issue at hand threatens to severely damage the reputation and credibility of the OPCW and undermine its vital role in the pursuit of international peace and security. It is simply not tenable for a scientific organization such as the OPCW to refuse to respond openly to the criticisms and concerns of its own scientists whilst being associated with attempts to discredit and smear those scientists,” the pro-whistleblower group said.

It also called on the OPCW director general “to find the courage to address the problems within his organization relating to this investigation.”

“We believe that the interests of the OPCW are best served by the Director General providing a transparent and neutral forum in which the concerns of all the investigators can be heard as well as ensuring that a fully objective and scientific investigation is completed,” the Courage Foundation noted.