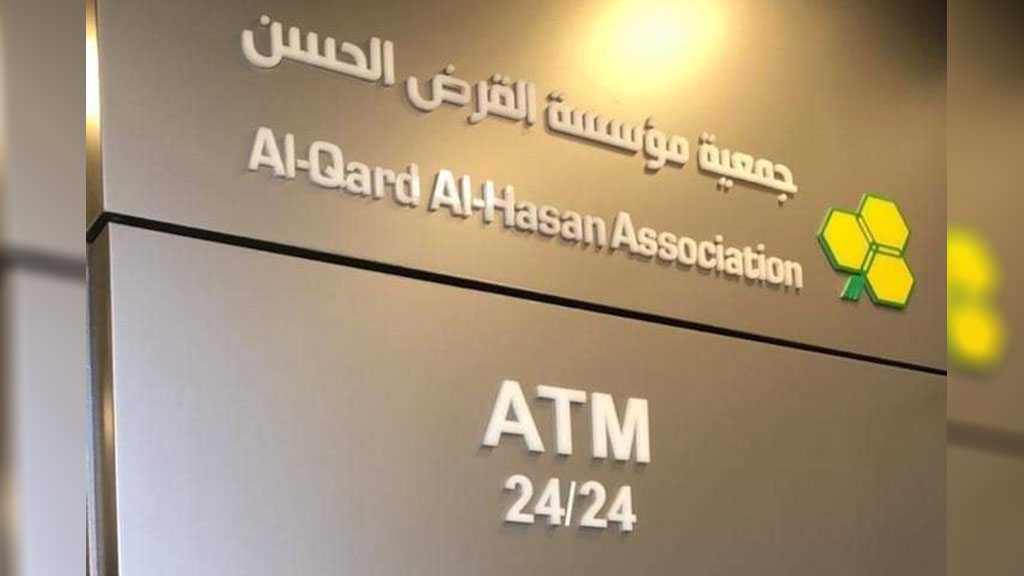 When Lebanon’s financial meltdown began in late 2019, Hassan Shoumar was locked out of his dollar savings like everyone else in the country as banks clamped down with capital controls.

But the young engineer had an alternative. He could still pull out the dollars in his account at the al-Qard al-Hasan Association, the financial arm of the Hezbollah group.

Shoumar had kept an account at the association for years, ever since he had taken a loan from it to pay university fees. Unlike Lebanon’s commercial banks, the accounts at the association didn’t earn interest. But the 28-year-old Shoumar didn’t care about that.

“What I care about is that when I want my money, I can get it,” he said by telephone from south Lebanon.

Stepping in where the state and financial institutions have failed, Hezbollah is providing a vital lifeline for some Lebanese. In the country’s wrecked economy, everyone is desperate for hard currency and liquidity as the local currency plummets in value. At commercial banks, depositors stand in line for hours and fight with managers in vain to access their dollar savings. Most banks have stopped giving loans.

But at Hezbollah’s al-Qard al-Hasan people can take out small, interest-free loans in dollars, enabling them to pay school fees, get married, buy a used car or open a small business. They can also open saving accounts there.

The association, officially a non-profit charity, is one of the tools by which Hezbollah entrenches its support among the country’s Shiite population.

With poverty rising across Lebanon, Hezbollah provides its community with low-cost schools and hospitals and distributes heating fuel to the poor. Hezbollah continues to pay its fighters and employees in its institutions in US dollars, while everyone else gets their salaries in Lebanese pounds, which lost about 80% of their value in the crisis.

Over the past year, the al-Qard al-Hasan association has seen a significant increase in clients, despite it being under US Treasury sanctions since 2007.

“People’s lack of confidence in the banking sector forced them to find other places,” said Batoul Tahini, a spokeswoman for the association.

She said the number of deposits was much higher than 2019 and previous years, though loans did not increase very much. She declined to give exact figures.

In a recent speech, Hezbollah leader [His Eminence] Sayyed Hassan Nasrallah said around 300,000 people currently are dealing with the association on loans. The association says its clients are from Lebanon’s various sects. But the vast majority are believed to be Shiite Muslims.

Al-Qard al-Hasan, whose name in Arabic means “the benevolent loan”, offers interest-free loans up to $5,000 and, importantly these days, it gives them in dollars. Active for more than three decades, it is considered Lebanon’s largest non-banking financial institution giving microloans.

Clients must put up gold as collateral or bring a guarantor. They then pay back the loan in monthly installments for up to 30 months, after which the collateral is returned. Clients can also set up accounts to deposit money, which is then used to finance the loans. The association operates under Islamic rules forbidding interest.

Lebanon’s economic and financial crisis is the country’s worst in modern history, with the economy contracting 19% in 2020. Tens of thousands around the country have lost their jobs, and nearly half the population of more than 6 million is in poverty.

The crisis shattered people’s confidence in Lebanon’s banking system, once among the most respected in the region. As banks took a hit, many people decided to keep their money at home, amounting to up to $10 billion, according to central bank governor Riad Salameh.

That has proven a boon for the al-Qard al-Hasan association, as some turned to it as an alternative to store their cash.

The risk for Hezbollah is that as poverty rises and the economic crisis worsens, many people might default on their loans, the Lebanese economist Roy Badaro said. If that happens, Hezbollah might have to use its own funds to cover deposits, he said.

The association’s prominence has also made it a target.

A hacking group calling itself “Spiderz” claimed that it broke into the association’s system and posted the identities of some clients and security camera footage from some of its branches. It warned clients to withdraw their money or else they might come under American sanctions.

Al-Qard al-Hasan confirmed there was a cyberattack in late December that it called “partial and limited”. It told clients not to worry about their identities being revealed. Tahini said the issue is under investigation.

The sight of the association’s clients getting their dollars without problems has also bred resentments over Hezbollah’s power in Lebanon.

“This shows that Hezbollah is safe and relaxed, while we are in a dilemma,” Walid Joumblatt, political leader of Lebanon’s Druze community and a Hezbollah critic, said in an interview with Sky News Arabia. He joked that he was growing his beard like conservative Muslims to get a loan from al-Qard al-Hasan.

In a speech days later, Hezbollah leader Nasrallah shot back, saying all anyone had to do was fill out an application and put up the gold collateral.

He also depicted the association as rock solid, providing $3.7 billion in loans to some 1.8 million people since it was founded. He boasted that US sanctions on Hezbollah officials only strengthened al-Qard al-Hasan, since some of them moved their accounts from banks to the association.

He revealed for the first time that during the 2006 war with “Israel”, “Israeli” warplanes struck a site where money and gold were stored. Despite that, he boasted, every client got their money.