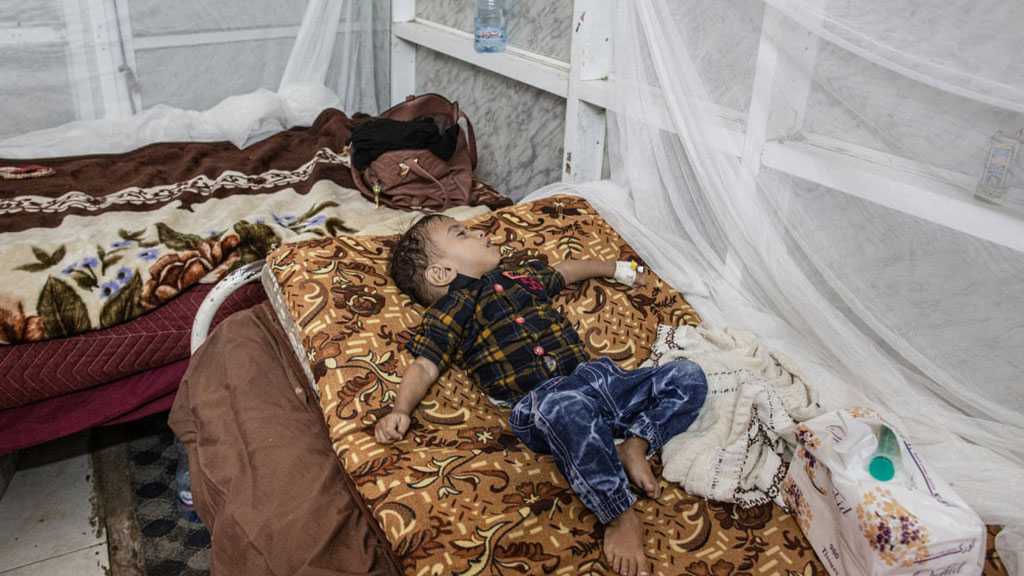 By Bethan McKernan – The Guardian

On a ward in Ataq general hospital in the dusty central province of Shabwa in Yemen, six-month-old Muna Bassam is lying on her back, eyes closed, her distended belly moving up and down with the labor of breathing.

In the corridor outside her room, a poster shows before-and-after photos of several children admitted to the ward who have managed to recover from acute malnutrition – still painfully thin, but smiling and alert. Muna’s family already took her to hospital once before. Worried about being able to pay for her treatment and fuel to return to the village, their prayers for her this time around are even more urgent.

“My wife and I had 20 children. Eleven of them died,” said the baby’s grandfather, Abdullah. “But that was a long time ago. This should not still be happening today.”

Elsewhere in the overwhelmed hospital, children are suffering with cholera, diphtheria and dengue fever, contagious diseases which have stalked Yemen since the outbreak of war six years ago. For patients and doctors here, in what the UN says is the world’s worst humanitarian crisis, the coronavirus that has upended the rest of the globe barely registers.

“We don’t have a neurosurgeon. We don’t have a maternity ward. We treat 20 children a month for malnutrition and now we are admitting more and more people severely ill with complications from dengue fever, more than 3,000 cases so far this year. The generator doesn’t always keep the equipment on,” said Dr. Ali Nasser Saeed, the hospital director. “Coronavirus is nowhere near our biggest problem.”

Shabwa’s population has swollen from 600,000 to an estimated one million, and concrete and cinder block building sites on the outskirts of Ataq have begun to encroach on the sand. Silk Road caravans used to traverse the table-top mountains that tower above Shabwa’s plains in search of frankincense; today they have been replaced by oil pipelines and convoys of tankers.

Shabwa’s governor, Mohammed Saleh bin Adyo, appointed in 2018, has invested millions in local security forces and infrastructure projects to try and lure foreign oil companies back to the area.

Famine on the horizon

For ordinary Yemenis, the impact of war can only be blunted up to a point. The currency, the rial, has lost two thirds of its value since the war began and continues to slide, making it harder and harder to put food on the table. A rise in food prices, coupled with devastating aid cuts, means that the prospect of widespread famine is once again on the horizon.

Serious malnutrition in southern Yemen, including Shabwa, has risen 10% this year and is up 15% among under-fives, according to a study conducted by UN agencies.

In Ataq’s market square, everyone is selling, but no one is buying. By 11am glum honey traders and shepherds were sat around still waiting to make their first sale of the day.

At a sesame oil shop nearby, owner Khaled was despondent. “Even if the electricity worked, I’ve run out of money to pay for it,” he said.

Half of the country’s healthcare facilities have already been destroyed, hundreds of doctors have died or fled the country, and public sector salaries often go unpaid, putting unsustainable pressure on the hospitals and clinics that remain.

At the beginning of 2020, as Covid-19 began to spread from China across the rest of the world, health workers and aid agencies predicted that the virus’ impact on Yemen’s vulnerable population would be catastrophic, forecasting a 90% infection rate.

Yet despite its other afflictions, so far, the war-torn country appears to have emerged relatively unscathed by the global pandemic, reporting just 2,124 cases and 611 deaths to date.

Testing facilities and comprehensive data are almost non-existent, so it is highly unlikely the official statistics reflect the coronavirus’s true impact. But according to several doctors and healthcare officials, in Shabwa at least, the virus is not a pressing concern.

A gleaming new Covid-19 testing, treatment and quarantine center on the edge of Ataq city – regarded as the best facility in the country – hasn’t received a single patient since August. Staff in head-to-toe protective gear milled around the state-of-the-art testing machine, absent-mindedly dis-infecting surfaces for lack of anything better to do, during the visit of a group of foreign journalists earlier this month.

The center has conducted nearly 4,000 tests so far, only 90 of which came back positive, and Shabwa province as a whole has recorded 46 deaths.

Asked why the number of Covid-19 cases in Yemen appears to be so much lower than elsewhere, despite the absence of social distancing and extra hygiene measures, the center’s director Dr. Hisham Saeed said “high morale” and a population that skews young have kept Yemenis safe from the coronavirus.

He worried, however, that the growing stigma associated with the disease and the difficulty of travel meant people in need of treatment were just staying at home.

“It is very hard to tell what the impact is,” he said. “People think it’s a normal fever. Sometimes they ask me whether coronavirus is all just a big lie.”

Satellite imagery analysis of graveyards in the southern province of Aden, where Covid-19 appears to have hit hardest, suggests otherwise. A study from the London School of Hygiene & Tropical Medicine found that the number of new burials in the area had nearly doubled since the first case of Covid-19 was confirmed in April, to 2,100 excess deaths, against an expected baseline of about 1,300 by the end of September.

Analysis by medical charity MedGlobal published in July also found that at least 97 Yemeni healthcare workers had already died of the disease, suggesting that the true caseload and mortality figure is far higher than recorded.

For now, the peak of the coronavirus pandemic in Yemen – or at least, its first wave – appears to have subsided, allowing healthcare workers to focus on the country’s other urgent health crises… 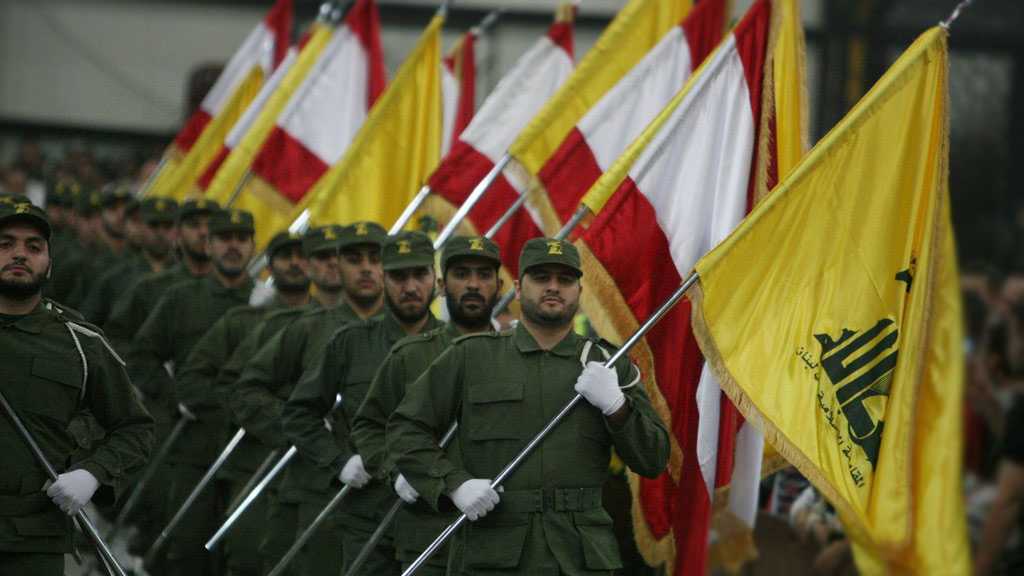 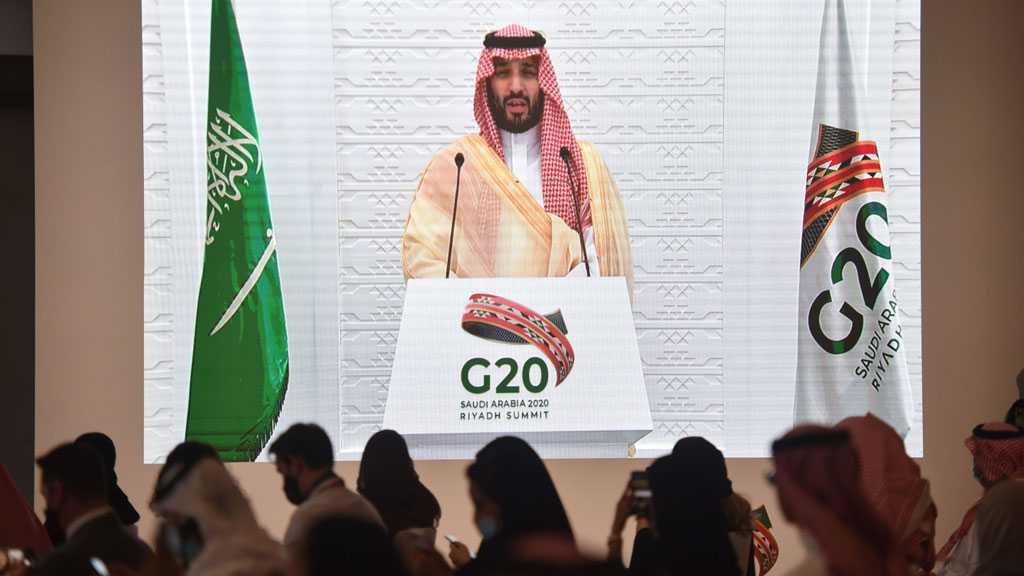 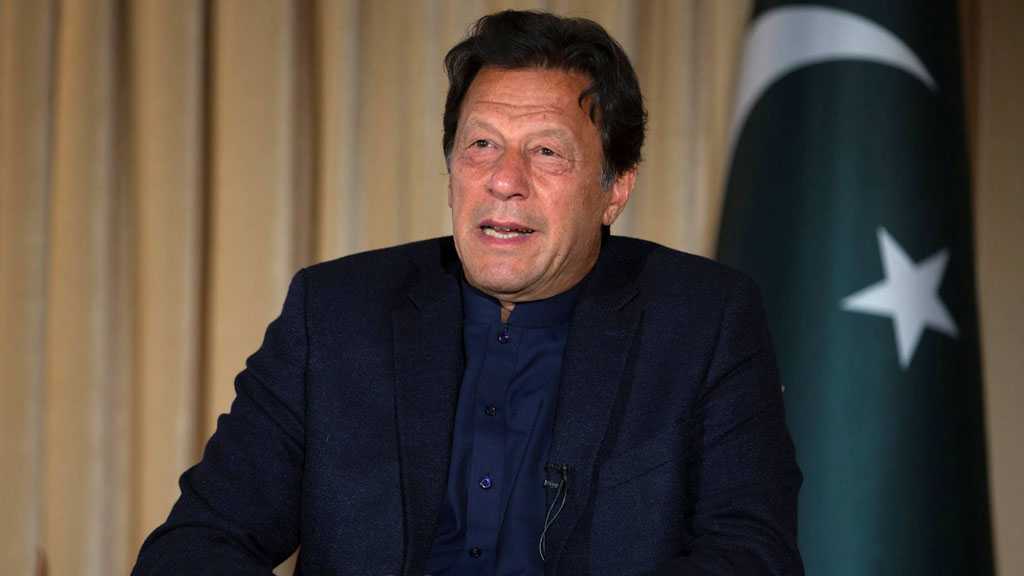