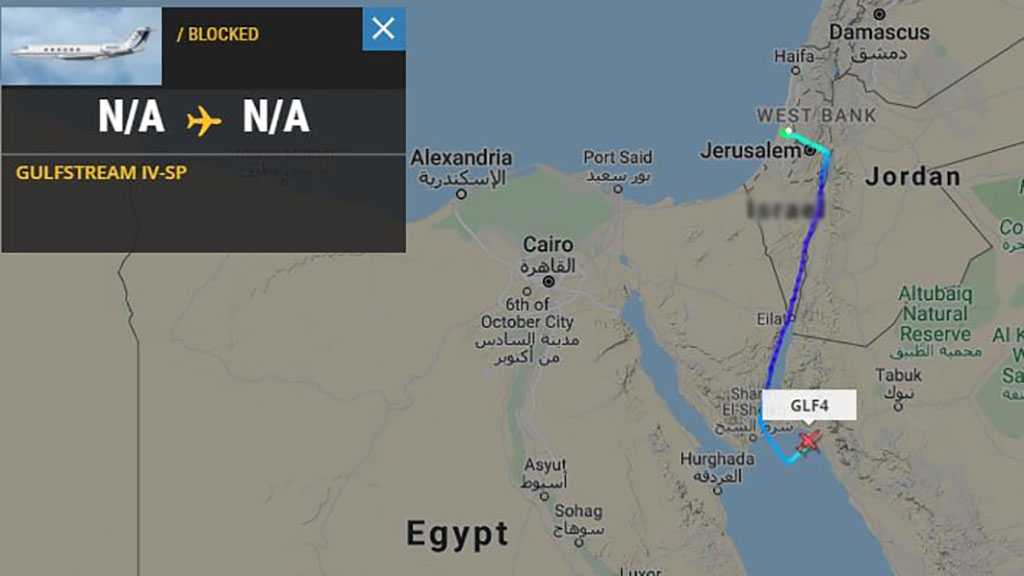 Netanyahu's office had no immediate comment on the report.

According to the a flight tracker website, a Gulfstream IV jet, which Netanyahu used several times on flights to Moscow, took off from the entity’s Ben Gurion Airport yesterday [Sunday] and landed in NEOM megacity in the Tabuk Province of northwestern Saudi Arabia.

The flight tracking data indicated that the plane took off from Tel Aviv at 5 p.m. local time on Sunday and took off back to the “Israeli” entity in roughly five hours.

At a press conference at the White House last August, US President Donald Trump said that he expects Saudi Arabia to join other Gulf states like the United Arab Emirates [UAE] in normalizing relations with the “Israeli” entity.