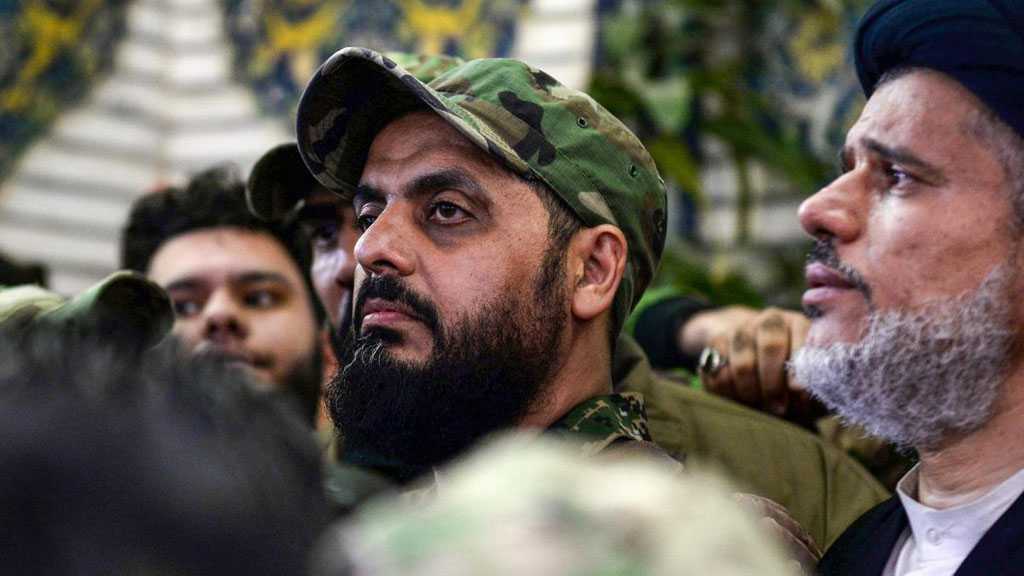 A senior Iraqi leader vowed that the Islamic resistance forces will not lay down their arms as long as Iraq is under threat.

Sheikh Qais al-Khazali, leader of Asa’ib Ahl al-Haq movement, said the Iraqi government is entitled to having a monopoly on carrying and using weapons in order to restore stability to the country.

However, he noted that the Iraqi resistance forces will continue carrying arms as long as the country is in danger.

In interview with the Al-Iraqiya TV, Khazali said resistance forces carry weapons for a specific goal and reason.

“Once that goal is achieved, they will lay down their weapons,” he noted.

He said he is opposed to rocket attacks against the US embassy, and so are many other groups, as it is a diplomatic site.

“Resistance groups are opposed to [the US] occupation; we do not approve of rocket attacks against diplomatic centers,” he added.

The heavily fortified Green Zone in Baghdad, which hosts foreign diplomatic sites and government buildings including the US embassy, has been frequently targeted by rockets and explosives in the past few years.

Washington, each time, has been quick to point the finger at popular anti-terror groups, which are now integrated into Iraq's armed forces.

The US has time and again targeted positions of Iraq’s anti-terror Popular Mobilization Units [PMU], also known in Arabic as Hashd al-Shaabi, after blaming the major anti-terror force for the rocket attacks.

The popular group and other resistance forces have strongly denied any involvement in the strikes. They even agreed last month to stop military operations against US and foreign forces in Iraq to allow them to leave the Arab country.

Khazali, however, said the ceasefire announced by Islamic resistance groups has come to an end as two conditions for the truce have not been met.

“The two conditions included Iraq’s control over its airspace and setting up a timetable for the withdrawal of American occupying forces from Iraq,” he said in the Thursday interview.

“We will establish the principle of our full right to confront alien forces militarily,” he added.

The US has refused to withdraw its troops, with US President Donald Trump balking at the idea with the threat to seize Iraq's oil money held in bank accounts in the United States.

Iraqi resistance groups have pledged to take up arms against US forces if Washington fails to comply with the parliamentary order.

The US announced on Tuesday that it would slash troop levels in Afghanistan and Iraq to 2,500 in each country, their lowest levels in nearly 20 years of invasion.

Washington still has some 3,000 troops stationed across Iraq.