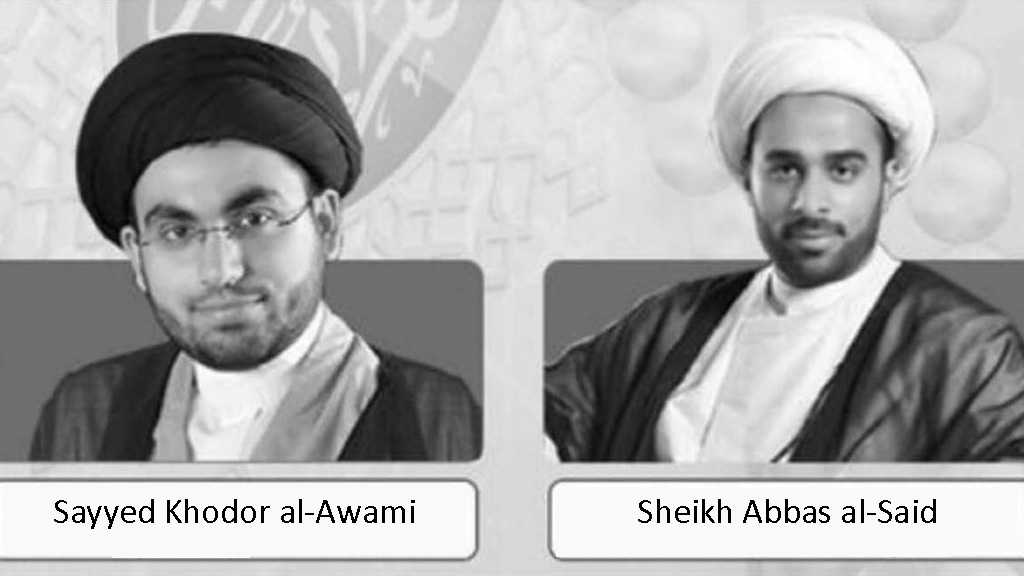 Out of the blue, without any reason, the Saudi regime security personnel detained religious scholars Sheikh Abbas al-Said and Sayyed Khodo al-Awami after raiding their homes in the town of Awamiah, in Saudi Arabia’s Qatif eastern province.

According to the Deputy Chief of the European Saudi Organization for Human Rights, Adel al-Said, who is the brother of Sheikh Abbas, the two detainees have been repeatedly investigated over the past ten years. However, their arrest was probably aimed at causing fear and terror among everybody.

In parallel, the Saudi regime authorities reported that Ashura mourning reciter Mohammad Bou Jbarah was transferred to the Dammam General Prison where he is set to be tried along with eight other youths who were arrested on October 4th for filming an artwork commemorating Imam Hussein’s [AS] Arbaeen anniversary.

According to Mirat al-Jazeera website, the nine men spent three weeks inside the Dammam Investigations Prison without being allowed any visit, and families and lawyers contacts.

The website also uncovered that the Saudi regime authorities are practicing a new arbitrary policy that violates the privacy of the released detainees, in which the prison’s administration chase them with electronic bracelets they have to wear so it can spy on them. This comes as a revenge for their endurance in front of the jailer, in which the regime insists to keep them under surveillance despite achieving their freedom.

Relatively, the Saudi regime sticks to violating the human rights of the people in Qatif and al-Ahsaa without any deterrence. It is also clinging to its dark record of torturing detainees behind bars and after their release to lay more sufferings upon them and increase their psychological stress via different invented and individual methods of taking revenge and practicing oppression.