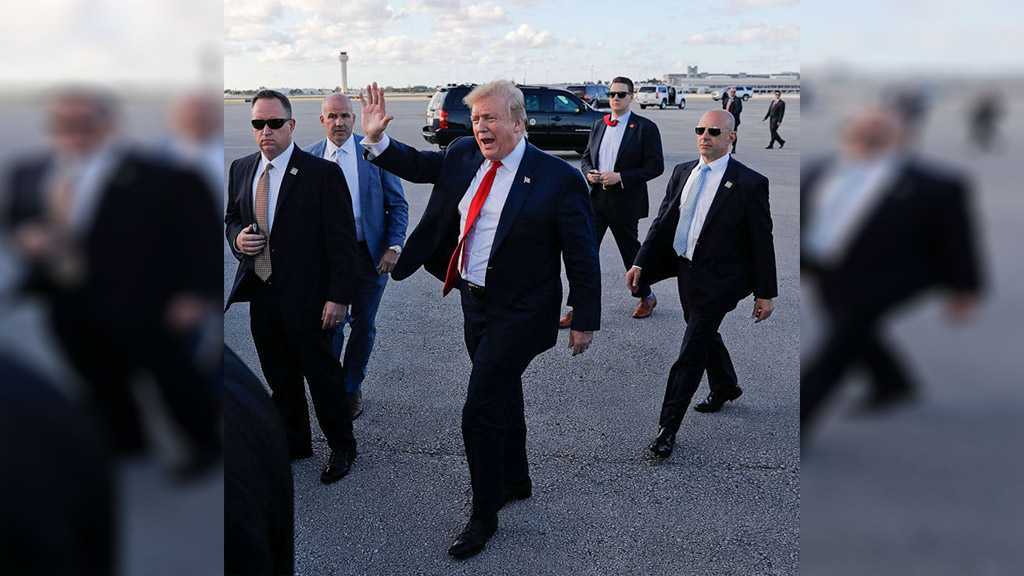 In a year of tragic firsts for the country, the unthinkable is always a possibility.

As an early lead began to slip on election night, President Donald Trump prematurely declared victory, even as former Vice President Joe Biden appeared set to win thanks to an influx of mail-in ballots, received early but counted last in key states.

Trump has since claimed the race was rigged and shows no sign of conceding, leading the Biden campaign to consider outcomes previously thought to be only the most radical.

"As we said on July 19th, the American people will decide this election," Biden's team said in a statement Friday. "And the United States government is perfectly capable of escorting trespassers out of the White House."

And the Secret Service would be the ones to do it, one former US official and two experts told Newsweek.

The scenarios Newsweek discussed with its sources are hypothetical. No network has called the race and the votes are still being counted. Trump has a narrow path to victory in the Electoral College. He has never said or implied that he would continue to occupy the White House after exhausting any legal challenges to the vote.

Still, this is what happens when a sitting president doesn't stand up to pass the baton to his or her successor. It's never been seen before in the United States and there is no imminent threat that it will happen in January, but there is a plan in place to prevent a transition in power crisis.

The 20th Amendment has it that Trump, or any other lame-duck leader, loses his presidential mandate January 20 at noon, and, if he tries to stick around after that, the very guard once tasked with protecting the nation's top officeholder now has to evict him.

"The Secret Service would escort him off, they would treat him like any old man who'd wandered on the property," one former official involved in the transition process between former President Barack Obama and Trump told Newsweek.

And whether or not Trump actually attends the Inauguration Day ceremony is irrelevant to the actual transfer of authority – in which Trump would also lose privileged modes of transportation such as the presidential Air Force One and his iconic, fortified limousine, the Beast.

The system is intentionally built to work independently of the whims of whoever happens to be in the White House at the time.

"The transition process is automated. There is no 'do-it yourself' move," Nance said. "So if he doesn't have a designated place, they'll decide for him. Basically, the systematic things will happen whether he's a willing participant or not."

Trump also loses his commander-in-chief status, meaning the Pentagon cannot and will not come to his aid should Biden be sworn in.

It's not the military's place to intervene, however. Like the former official Newsweek spoke to, Nance also indicated it would be the Secret Service to remove the president, physically if need be.

"If he says he will not physically leave the White House, they will physically remove him," he added. "They may have to put hands on him to remove him. They may tell him if he doesn't make his flight, he may have to contract his own flight."

Such a scenario would be unprecedented. Of the 43 men who preceded Trump in the presidency, 35 have willingly ceded power either because their two-term limit expired, they lost an election or chose not to run again. Eight died and one quit.

Trump managed to unwillingly make history last year by being only the third president to be impeached, but – like Andrew Johnson and Bill Clinton before him—the Senate saved Trump from being ousted.

Overstaying his Oval Office welcome after an election, however, would truly be unparalleled.

"No sitting president has ever refused to leave office or vacate the White House in the course of American history," the White House Historical Association told Newsweek.

Even if Trump managed to somehow vacate the vote itself, the outcome would likely be unfavorable for him. No avenue exists for him to prolong his administration nor appoint his deputy, Vice President Mike Pence.

Rather, the first ever undetermined US election would result in the third-in-line assuming the presidency. In this case, that's Speaker of the House Nancy Pelosi, an influential Democrat often targeted by Trump's rhetoric.

"There is no constitutional provision to extend the term of office," the White House Historical Association said. "If no president has been chosen by January 20, 2021, then the statutory line of succession begins, which means the Speaker of the House ascends to the presidency. The Vice President's term similarly ends at noon on January 20."

Many outlets project Biden is most likely to pull through based on the current count, however, and Berggruen Institute Vice President of Programs Nils Gilman said he cannot see Trump participating in the formalities of his predecessors.

"It's hard to imagine Trump graciously welcoming Biden to the White House on the morning of January 20th, then doing the traditional ride with him down Pennsylvania Avenue, then sitting behind him on the podium and politely clapping as Biden gets sworn in," Gilman told Newsweek. "Presiding over the ceremonial celebration of his own political failure doesn't seem at all in character."

Trump's absence, Gilman argued, would not only fuel more partisan bickering but also introduce dangerous new precedents for future leaders who potentially would not conceive of such a break in tradition.

"This would indeed be yet another example of how Trump is systematically breaking the norms that make felicitous governance and cooperative policymaking possible – in this case by traducing the symbolic performance of the idea that the US government is a government of all Americans, not just the government of a single party," Gilman said.

2020, a year defined by the COVID-19 pandemic, civil unrest and economic turmoil, has painfully demonstrated the limits of saying "never," and opened up an array of discourse on a number of doomsday scenarios.

In fact, an incumbent Trump unwilling to walk away has already been imagined by Gilman and other experts concerned about the potential for a break in the United States' so far uninterrupted democracy.

These involved Biden winning the electoral and popular votes by a healthy margin, Biden winning the two metrics by a narrow margin, Trump winning the former but losing the latter and a too close to call case where the victor is not established the following day.

Needless to say, the final scenario has become reality, as did predictions of widespread efforts by the Trump campaign and friendly media to amplify "stolen election" and "voter fraud" narratives.

This hypothetical series of events quickly turns ugly, with Trump refusing to concede and mass nationwide demonstrations potentially turning violent as a new uncertainty grips an already tumultuous country. Trump presents himself as the "law and order" option.

Despite these attempts to overturn his rival's victory through propaganda and social media smears, officials and even some Republicans quietly begin to discuss backing Biden and, by the time the president-elect is certified by lawmakers on January 6 and Inauguration Day arrives two weeks later, it's clear that Trump no longer has the backing of the US government.

"Biden's electoral victory was certified but Trump refused to leave the White House. He began to burn documents and potentially incriminating evidence, and continued to launch attacks against the legitimacy of the election. President Trump released a series of pardons for members of his administration as well as himself before the Secret Service escorted him out of the White House," the scenario goes.

"But the Secret Service demonstrated its 'culture of professionalism' [as one member of the Federal Government Team indicated] by indicating that it would be 'loyal to the office, not to the person' and therefore it would escort Trump out of the White House on January 20," it continued.

Speaking to Newsweek in light of recent events, Brooks stood by this assessment.

"If Biden is projected to win and is then formally certified as the winner in the Joint Session of Congress on Jan 6, he is officially going to be the next President, whether Trump concedes or not," she said. "Once Biden is sworn in on inauguration day, power transfers to him, and the Secret Service will indeed escort former President Trump out of the White House."

"As to Trump refusing to leave the White House physically, I must say that I find this to be an exceedingly unlikely turn of events," he told Newsweek. "At some point the Secret Service will simply escort him out."

The White House and Secret Service did not respond to Newsweek's request for comment.