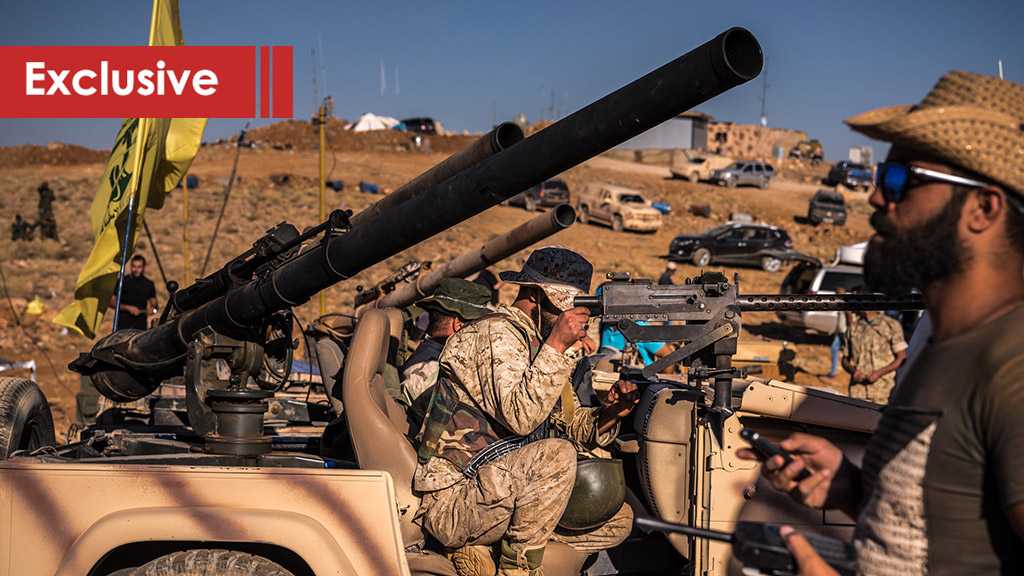 Lebanon – The Hezbollah model in Lebanon terrifies “Israeli” leaders. These fears aren’t confined to Lebanon but include anxiety over a possible regional expansion. This concept doesn’t stem from a marginal commentator in the “Israeli” media. It doesn’t come from a figure who wanted to outbid Netanyahu, or from an obscure expert who wanted the spotlight.

Rather, it was issued by the head of the Military Intelligence Directorate's Research Division [Aman], Brigadier General Dror Shalom, in two consecutive interviews.

The first interview was with the Yedioth Ahronot newspaper and the second with the Saudi website, Elaph. Shalom made clear that "Israel’s" goal was to prevent a second Hezbollah in Syria.

However, this was originally articulated over a year ago by the head of the political hierarchy, Benjamin Netanyahu, who clearly declared on the anniversary of the 2006 war that "Israel" would not allow "a second Lebanon in Syria."

What does this mean exactly at a time like this? What messages regarding the previous stage and the reality in the region does it carry? And what are the indicators involved in the equation of the conflict with "Israel"?

Raising this slogan reveals the enemy’s priority at this stage of the conflict, both at the political and security levels. It outlines the objectives of the steps that are being pursued by Tel Aviv’s allies in the region. It also affirms that the top concern of the “Israeli” entity’s national security institutions is preventing the replication of the Hezbollah model in any regional arena, and of course, an attempt to depose this model in Lebanon.

This slogan, which carries many messages, did not materialize until an assessment of the situation in which the enemy's leaders concluded that the regional threat posed by Hezbollah to “Israel’s” future imposes on them the urgency to prevent the recreation of the Hezbollah model.

It comes 14 years after the last direct military confrontation was launched by the “Israeli” army to eliminate Hezbollah. This confirms the extent of the defeat it suffered during the war and the subsequent stages that the region went through.

This slogan also reveals the magnitude of the deterrent force that Hezbollah was able to impose on the “Israeli” entity. Hezbollah succeeded in engraving into the conciseness of the political and security decision-makers that any aggressive initiative will be met with a response that will give them two options: Either deterrence or a rolling response towards a broad military confrontation.

It is clear that this vision has kept pace with the enemy’s decision-making establishment in recent years in which Hezbollah has succeeded in accumulating and developing its capabilities.

This slogan is an acknowledgment of the failure of all options and bets that defined policy throughout the last decade. Tel Aviv had hoped to remove the threat posed by Hezbollah without paying the price it knew it might not be able to withstand. But it found itself confronted by Hezbollah. What is new is that Hezbollah’s model of resistance, with all its tactics of response, defense, and deterrence has become a regional model.

Thus, Shalom and Netanyahu’s announcements represent a tacet admission that Hezbollah was a useful and effective model in confronting an entity the size of "Israel", and that the entity’s concern is now to besiege this model and prevent its recurrence.

In the same context, the positions of the enemy's leaders also reveal the truth about the objective behind "Israel’s" continuous attacks on the Syrian arena. This means that it aims to prevent the building up and development of Syrian capabilities, based on its experience in Lebanon.

Nevertheless, the “Israeli” leadership’s reactions to the Hezbollah model reveal their deep awareness that it represents a viable alternative for the peoples of the region in facing the threat posed by "Israel".

The danger posed by this alternative is that it destroys one of the most important pretexts that are falsely marketed to justify normalization with the “Israeli” entity, as the balance of international and regional powers dictates acceptance of facts.

The fact is that the resistance movement in the smallest Arab country surrounding Palestine succeeded in imposing its will on the occupier in both liberation and deterrence.