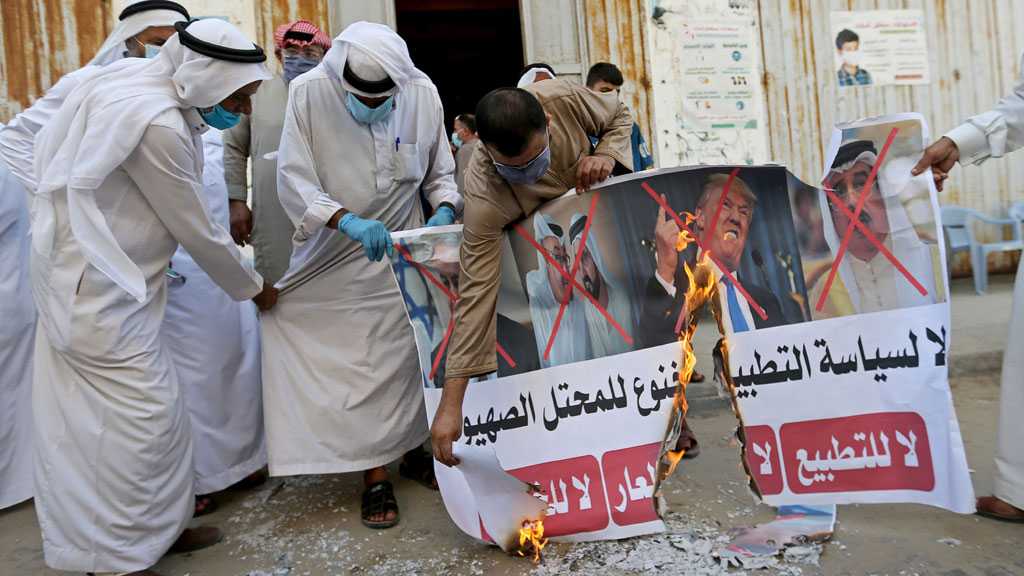 Bahrain’s main opposition group, the al-Wefaq National Islamic Society, has once again condemned normalization of ties between the Manama regime and Tel Aviv, stressing that the normalization deal with the Zionist entity lacks the Bahraini nation’s support and runs counter to the kingdom’s constitution.

In a series of tweets on Tuesday, al-Wefaq said its Deputy Secretary-General Sheikh Hussein al-Daihi had contacted senior leaders of various Palestinian factions to assure them of the Bahraini people’s unwavering support for the Palestinian cause in the face of the ‘Israeli’ occupation.

The al-Wefaq leader denounced the ruling Al Khalifah regime’s actions and termed them as invalid and contrary to the principles of Bahraini people.

Daihi further said that the Manama regime’s steps “lack popular and constitutional acceptance” and are “beyond the popular will and approval.”

He said there is “a national consensus” on the rejection of any normalization with the occupying regime.

They said they were fully aware of the genuine position of Bahrainis, who oppose normalization with ‘Israel.’

Relatively, al-Wefaq has called for nationwide rallies in Bahrain on Friday in protest at the US-brokered normalization agreements with the Zionist entity.

Over the past weeks, several anti-normalization demonstrations have been held in Bahrain, which has harshly suppressed dissent since 2011.