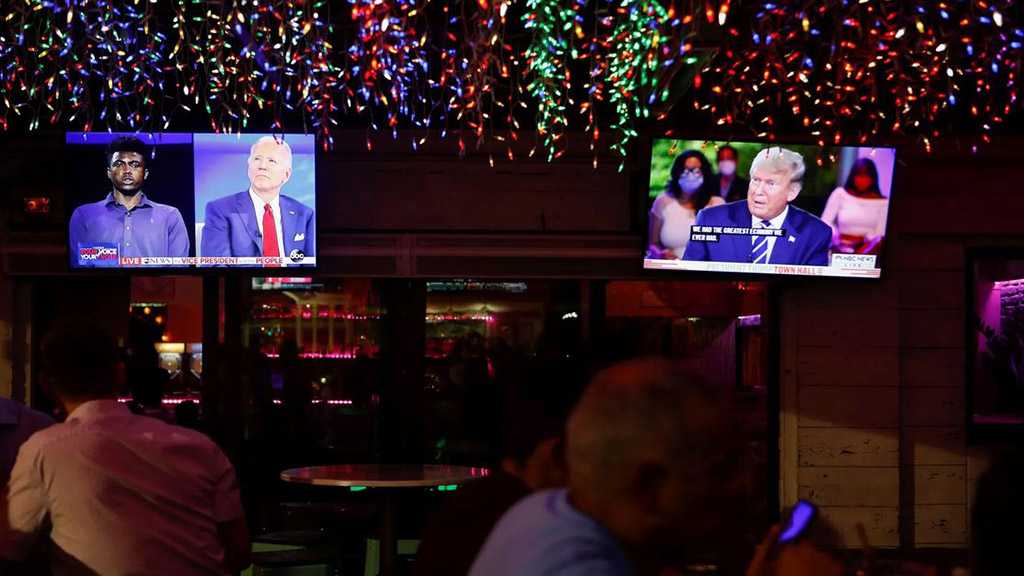 The United States is often described as a “split screen nation”, bitterly divided between two political tribes dwelling in echo chambers. But Thursday night at 8pm was a bit too on the nose.

For political geeks, it required a nimble finger on the remote control, like toggling between two unmissable sports games. Anyone who took that trouble discovered, not entirely unexpectedly, that the candidates for the American presidency are not merely from different parties but apparently also from different planets.

Trump’s town hall on NBC had a slicker introduction with more bells and whistles. At the open-air event in Florida, there was a giant white star in a red circle on the floor, reminiscent of Captain America. Biden, in Philadelphia, made a more low-key start in an auditorium dominated by blue and the words of the constitution.

The president perched awkwardly on a stool, sweating under studio lights, and rambled feverishly like “someone’s crazy uncle”, as host Savannah Guthrie put it. Biden, by contrast, looked relaxed in a white armchair like a grandfather with pipe, slippers and twinkle in his eye.

Guthrie also challenged Trump over his longtime refusal to wear a mask and America’s high death rate. The president became defensive: “Look at what’s going on in Europe, massive spikes. They’ve done a very good job, but now you take a look today at the UK, you take a look at Spain and France and Italy, there’s tremendous spikes.”

What was happening in Bidenworld over on ABC? He was reminding host George Stephanopoulos that Trump had advocated “crazy stuff” like injecting bleach in your body.

By 8.13pm, the president was being asked about white supremacy. He became agitated.

“I denounced white supremacy for years but you always do it. You always start off with a question. You didn’t ask Joe Biden whether or not he denounces antifa.”

Guthrie moved on. “Let me ask you about QAnon. It is this theory that Democrats are a satanic pedophile ring, and that you are the savior of that. Now can you just once and for all state that that is completely not true and that –”

Let’s check in with ABC again. Biden said: “The words of a president matter. No matter whether they’re good, bad or indifferent, they matter. When a president doesn’t wear a mask, or makes fun of folks like me when I was wearing a mask for a long time, then people say it mustn’t be that important.”

Guthrie, meanwhile, demanded to know why Trump retweeted a conspiracy theory suggesting that Osama bin Laden was not, after all, killed by navy Seals in 2011. Trump said: “That was a retweet, I’ll put it out there. People can decide for themselves.”

Guthrie: “I don’t get that. You’re the president. You’re not, like, someone’s crazy uncle who can just retweet whatever.”

The host also questioned Trump on another sore point: his refusals to commit to a peaceful transfer of power if he loses the looming election. As usual, he defaulted to his baseless complaints about mail-in voting: “When I see thousand of ballots dumped in a garbage can, and they happen to have my name on it – I’m not happy about that.”

At the same moment, Biden was talking about America’s multiple crises “happening all at once” and his plan to make big investments in infrastructure. It was soothingly, reassuring Old Politics but also, one had to grudgingly admit, less gripping than the horror show unfolding on NBC.

Cedric Humphrey, an African American student, challenged Biden over his past remark that “you ain’t Black” if you vote for Trump. The Democrat discussed criminal justice and education policy. The student was not entirely satisfied. Biden added: “There’s a lot more. If you hang around afterwards, I’ll tell you more.”

Biden outlined a plan to bring all parties to the table to deal with racial injustice. “Most cops don’t like bad cops ... You can ban chokeholds, but beyond that you have to teach them how to de-escalate circumstances. So instead of anybody coming at you and the first thing you do is shoot to kill, you shoot them in the leg.”

Shooting in the leg was a bizarre proposal but unlikely to get much scrutiny when compared to a QAnon-adjacent, virus-minimizing commander in chief. Not all echo chambers are created equal; not all split screens are symmetrical.

As the clock neared 9pm, Biden again ducked a question on expanding the Supreme Court, while a voter gushed to Trump: “You’re so handsome when you smile.” The president looked truly gratified. If he got higher ratings than Biden, he may declare himself effectively re-elected already. But if Big Brother over on CBS won, it was of course rigged. 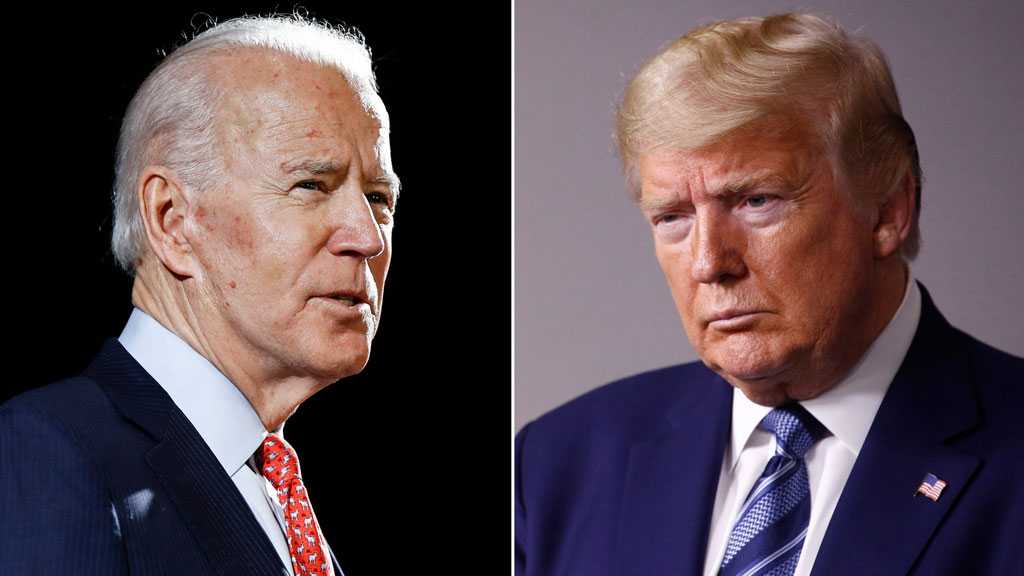 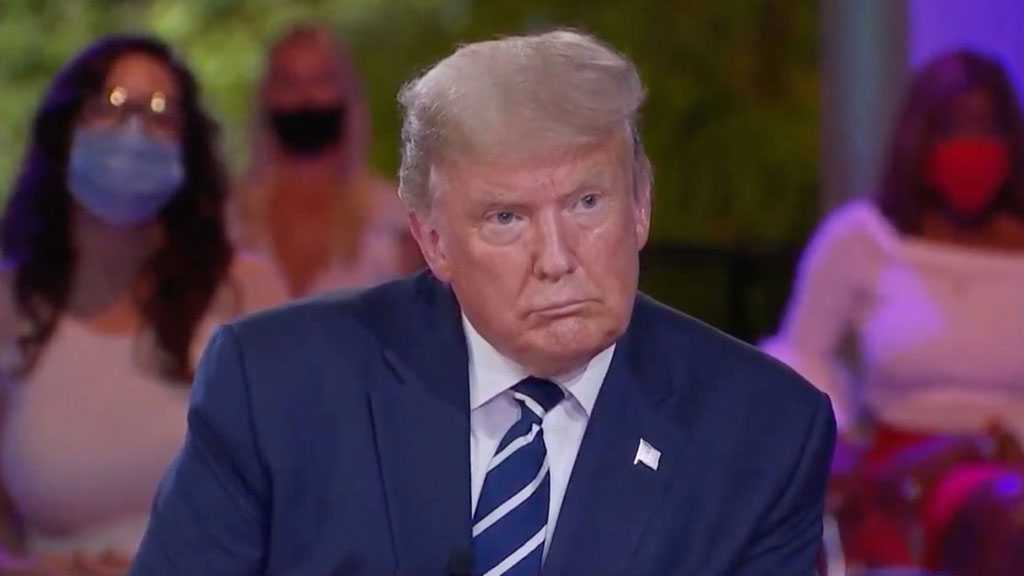 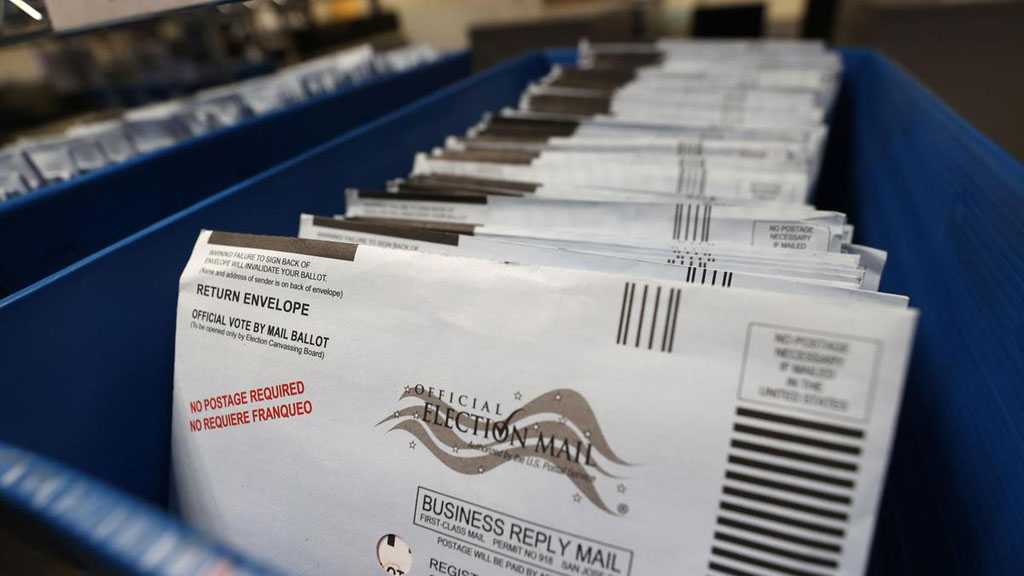