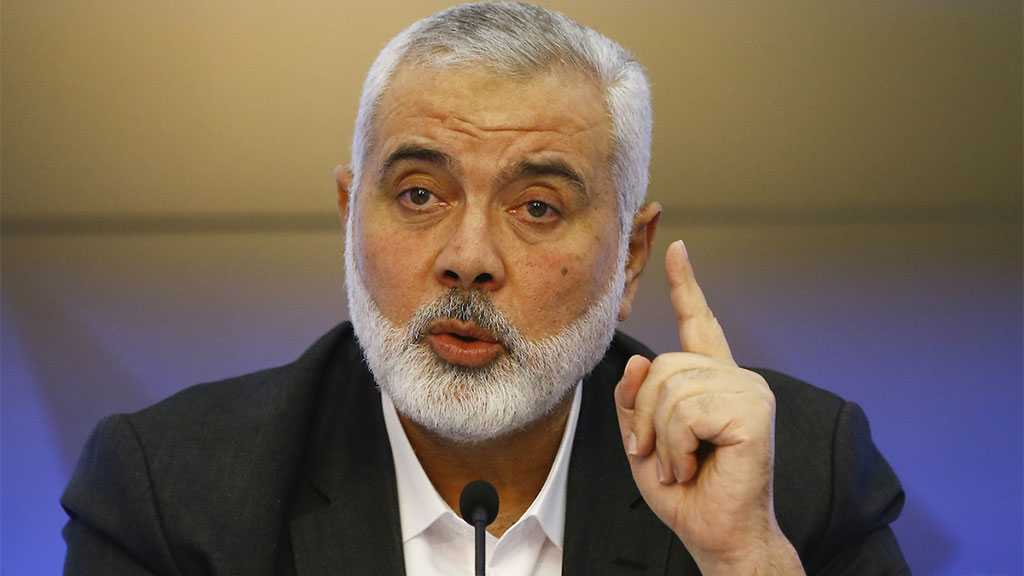 Head of Hamas resistance movement’s political bureau Ismail Haniyeh has once again condemned the US-brokered deals that the United Arab Emirates [UAE] and Bahrain signed last month to normalize ties with ‘Israel,’ warning that history will show “no mercy” towards the Arab states that betrayed fellow Palestinians.

In an interview with the Middle East Eye [MEE] news portal published on Monday, Haniyeh said that the Arab countries that normalized ties with ‘Israel’ will be losers as the occupying regime will eventually threaten them.

“The Zionist project is an expansionist project. Its objective is to create a greater ‘Israel.’ We don’t want to see the Emiratis or the Bahrainis or the Sudanese being used as vehicles for this project. History will show no mercy, the people will not forget, and humanitarian law will not forgive,” he said.

In mid-September, US President Donald Trump presided over the signing of the normalization pacts between Tel Aviv, Abu Dhabi and Manama. During a ceremony at the White House, Trump said “five or six” other countries were close to making similar agreements with ‘Israel,’ but did not name them.

Meanwhile, reports suggest that Sudan and Oman could be next in line to normalize with the ‘Israeli’ occupation regime.

“We know ‘Israeli’ leaders better than them. We know how they think. We would like to tell our brothers in the United Arab Emirates that they will lose as a result of those agreements because ‘Israel’s’ only interest is to seek a military and economic foothold in areas close to Iran,” Haniyeh said.

“They will use your country as a doorstep. We don’t want to see the UAE being used as an ‘Israeli’ launchpad,” he added.

Elsewhere in his remarks, Haniyeh stressed that Hamas had been vindicated by the collapse of the 1990s Oslo process between the Palestine Liberation Organization [PLO] and ‘Israel.’

“From the day it was announced, Oslo bore the seeds of its own destruction… Oslo was a failure from day one because it was a security agreement, not a political one,” he said.

Additionally, Haniyeh enumerated the factors that had forced Abbas to rethink his approach towards the resistance group and deliver a “positive response to the initiative by Hamas.”

Moreover, the Hamas leader said the resistance group was prepared in case of any ‘Israeli’ attack on Gaza, warning that any future war would be costly for the Tel Aviv regime.