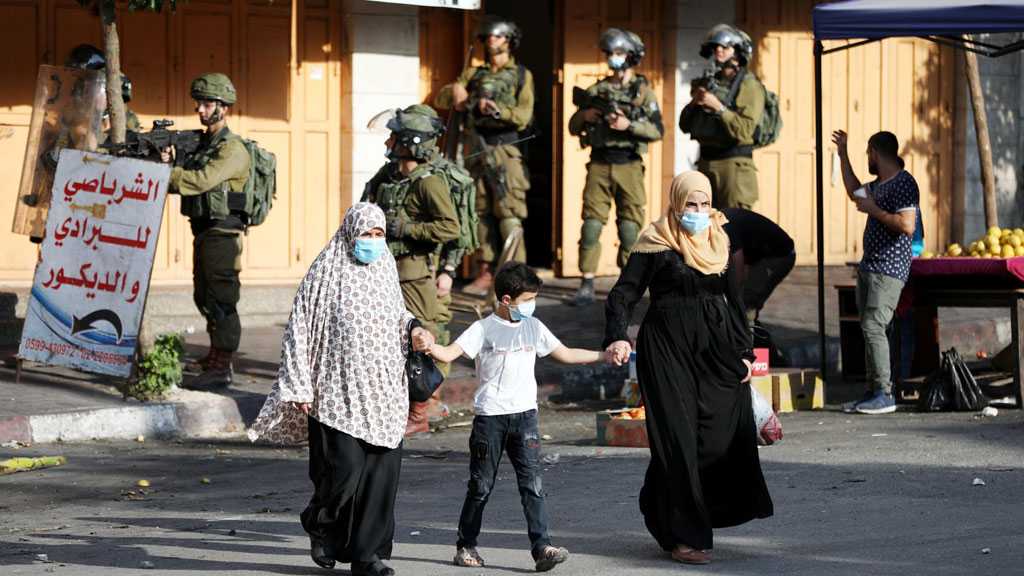 By Raja Shehadeh – The Guardian

More than a quarter of a century after Yitzhak Rabin and Yasser Arafat shook hands on the White House lawn, ‘Israel’ has managed to turn its occupation of Palestinian territory from a burden into an asset. What was for so long a liability – the flagrant violation of international law – has now become a valued commodity. Understanding this development is key to explaining why the ‘Israelis’ are making ‘peace’ with two distant Gulf states but not their closest neighbors, the Palestinians – without whom there can be no real ‘peace.’

The evidence to support this claim is easily found in ‘Israel’s’ own archives. Two days after the occupation began, ‘Israel’ passed military order number three, which referred to the fourth Geneva convention relative to the protection of civilian persons in time of war – mandating that military courts apply the provisions of the convention to their proceedings. Four months later, this portion of the order was deleted.

In September 1967, the legal counsel to the ‘Israeli’ foreign ministry, Theodor Meron, was asked by the prime minister, Levi Eshkol, whether building new settlements in the occupied territories would violate the Geneva convention, which prohibits an occupying power from transferring its civilians into the territory seized in war. He answered in the affirmative. But his advice was rejected and the government proceeded from that moment to establish illegal Jewish settlements in the occupied Palestinian territories.

Over the following months, ‘Israel’ began a process that would continue for many years: amending laws governing Palestinian land – from the periods of Ottoman, British mandate and Jordanian control of the territory – to construct a false “legal” basis for the acquisition of land and other natural resources for the establishment of Jewish settlements.

I spent much of my working life, from 1979 until 1993, investigating and resisting ‘Israel’s’ abuses of law in the occupied territories, and warning about the implications of building illegal settlements, all to no avail.

Yet it was not the legal transformations alone that enabled settlements to be built and to flourish. The militant Zionist thinker Vladimir Jabotinsky had written, in the 1920s, that “settlement[s] can … develop under the protection of a force that is not dependent on the local population behind an iron wall which they will be powerless to break down”. And so it was.

There was an added component to the transformation of the laws to enable the settlement project and that was sheer violence by settlers: vigilante actions that seemed to go against the law ‘Israel’ had put down and bound itself to. In the early 80s Al-Haq, a West Bank-based human rights organization that I was then directing, worked hard to document incidents of settler violence.

At the time we naively believed that if only ‘Israelis’ knew what was taking place and the failure of law enforcement to stop it, they would take action to prevent it. We were unaware that it was all part of the ‘Israeli’ struggle for the land. The agents of the orderly ‘state’ can stay within the boundaries of their rewritten laws while the unruly settlers do the work of intimidation and violence to achieve the desired goal. It is all part of the same scheme.

Since the start of the coronavirus pandemic, settler violence in the West Bank has become an almost daily occurrence. It is all out in the open and the government and the courts are on the same page in supporting the settlers and working to achieve the goal of greater ‘Israel.’ The Knesset has passed the regularization bill, which “legalizes” settlements built on privately owned Palestinian land via de facto expropriation.

While Jewish settler violence against the Palestinians rages – preventing Palestinians from working their land or using it as their own, with no real attempt by the ‘Israeli’ military or police to prevent this – ‘Israel’ declares any and all Palestinian resistance to occupation to be terrorism.

When Palestinians began to organize non-violent resistance to the occupation, ‘Israel’ redefined attacks by the army on these unarmed protesters to bring them under the category of “combat operations”. Recently, the villagers of Kafr Qaddum were staging weekly demonstrations against the blocking of a road, which prevented access to their village, because it was claimed that the road passes through a new part of the settlement of Kedumim. The army planted explosives on roads used by the villagers – but the soldiers who took this decision would be immune from prosecution for any injuries caused to the villagers.

With all these “victories” on ‘Israel’s’ part, it has now decided that it can manage the occupation rather than end it. The occupation even began to be seen as an asset. ‘Israel’ has turned the occupied territories into a laboratory for testing weapons and systems of surveillance. ‘Israelis’ now market their crowd control weapons and systems of homeland security to the US, based on testing in the occupied territories. Yet all this financial investment in the occupation – and all the twisting of domestic laws to protect the illegal settlement project, all the political contortions to cultivate authoritarian allies, from Trump to Orban to Bolsonaro – is rotting ‘Israel’ from the inside, turning it into an apartheid ‘state’ that rules over millions of Palestinians without rights.

In Arundhati Roy’s novel The Ministry of Utmost Happiness, one of her characters, Musa, says that if Kashmiris have failed to gain independence from India, at least in struggling for it they have exposed the corruption of India’s system. Musa tells the book’s narrator, an Indian: “You’re not destroying us. It’s yourselves that you are destroying.” Palestinians today might say the same of our struggle with ‘Israel.’