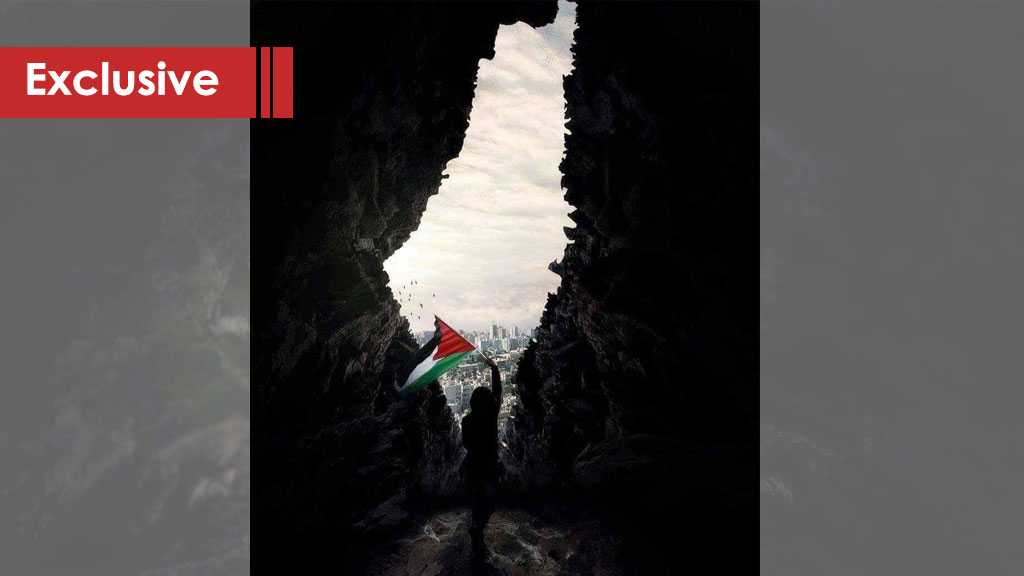 Life has taught many that it is the weaker who always suffers from the repercussions resulting from the mistakes of the stronger. However, this shouldn’t be a rule nor even the exception!

It is more questionable that: Who has the right to classify the levels of people’s strength and label them as it suits him? In several Arab countries, rulers mar their people with acts of betrayal they have nothing to do with.

What does it mean if a bunch of rulers decided to normalize ties with ‘Israel’? Does it necessarily reflect their peoples’ will? Here is the point, and this is our discussion.

Bahrainis has a long history of supporting the Palestinian cause and its people. Although little is known about this, they’ve indeed sacrificed martyrs in this path. However, once the regime of Bahrain announced a few days ago official and public normalization with the Zionist regime, the occupier of Palestine and the killer of Palestinian children, Bahrain was marred by shame.

It is indeed only the regime’s rulers who deserve this disgraceful view, while Bahrainis deserve, as usual, praise and respect. To comment on the ‘high treason’, Head of Beirut Political Bureau of Bahrain’s February 14 Youth Coalition, Dr. Ibrahim al-Aradi cemented the popular stance, and uncovered for al-Ahed News the coalition’s response in the making.

Tel Aviv Way May Be the Shorter

Commenting on the timing of the ‘high treason’, as he preferred to describe, Dr. al-Aradi explained that the Al Khalifah rulers were racing against time, especially after Bahrain’s February 14 Revolution, to close the issues of the ongoing popular protests and political rejection at any cost.

“They’ve chosen Tel Aviv and the Zionists’ path to remain on top of their thrones, make more gains and cement their children and grandchildren in power.”

The timing, he stressed, is not decided by the Al Khalifah ruler, it is instead decided by the American ruler who sets it. US President Donald Trump, al-Aradi added, has announced that all countries agreed on this ‘high treason normalization’, and he is just reading their names.

Beside their problems at home and abroad, the Al Khalifah rulers wanted to rescue themselves via normalization, and prove to Trump that they support him and are very responsive. They’ve sold the rest of their honor, if ever existed, Dr. al-Aradi pointed.

He went on to explain that Trump threatened the Bahraini rulers with their thrones, and told them that he can topple them in one day as he knows that they don’t have any popular legitimacy. This explains their quick submission.

Pointing to that the price for this deal discredits Hamad Al Khalifah, al-Aradi stressed that the people of Bahrain are suffering of injustice, falsehood and insanity. He urged via al-Ahed News website clarifying to the public opinion the following truth: “There is nothing called Bahrain normalizes. It is the Al Khalifah entity that normalizes. The people of Bahrain has never and will never normalize, and this is the point of focus.”

Voicing disappointment at killing the values, history, present and future of the Bahraini people and identity, Dr. al-Aradi stressed that the price they want to pay is unpayable no matter how much they colluded.

The Bahraini people are raged and won’t settle their anger. “This reaction won’t be just incidental, it is rather a strategic job, and a duty of an entire nation, not a sole people only,” Head of Political Bureau of February 14 Youth Coalition stressed to al-Ahed.

The ‘Israeli’ Gulf and Ruling Puppets

As for the prepared ploy for turning the Gulf region to the ‘Israeli’ Gulf, Dr. al-Aradi explained that Bahrain is always dealt with as the laboratory mouse to what happens in the region. They’ve all signed and accepted this normalization deal, but they wait to see what would happen with Bahrain and how would the Saudi regime take advantage of it in its future policies.

“They don’t make the decisions, neither the Riyadh kings, nor those in Manama. They are all mercenaries and tools to implement such agendas in the region.”

They don’t care who comes first and who comes next, he stressed, adding that the Zionist entity’s plot for the ‘Great Israel’ is to name the Gulf region by the ‘Israeli’ Gulf. “They want to besiege the entire Arab region under the Zionist control via dirty tools that are represented by the tyrant rulers.”

Palestine at the Core of Bahrain’s Revolution

To clarify the Bahraini people’s stance toward the ruling regime’s practices, al-Aradi stressed that the people of Bahrain are suppressed by the Trump and UK government-backed regime.

“One of the most important reasons behind attacking the February 14 revolution was that its core and principles support the Palestinian cause.”

The Bahrainis are outraged. Social media platforms were stormed by hashtags that support Palestine despite all kinds of suppression, threats and fear. The snow has broken and it won’t be an incidental reaction, it is a rather a full track, Dr. al-Aradi affirmed.

He also insisted that all peoples must learn well that “The Al Khalifah regime is the one who normalized, but the Bahraini people has never and will never do. We share injustice with the Palestinian people, but we shouldn’t feel that we’ve been left alone here. All peoples must support us and back us to resist this most dangerous scheme to ‘Israelize’ the region.”

Upon a question about the steps to be taken in face of the Bahraini regime’s normalization with the ‘Israeli’ enemy, Dr. al-Aradi stated that the February 14 Youth Coalition has never stopped supporting the Palestinian people whether in the field, where they are shot in their chests, detained or exiled, or via its events held abroad by its political bureau.

“We’ve dedicated all our personnel for the sake of Palestine, and we’ve held events in Beirut, South Lebanon, and London. We will hold all possible events to voice support and solidarity with the Bahraini people,” he emphasized.

In an exclusive piece of news, Dr. al-Aradi uncovered via al-Ahed News that “The February 14 Youth Coalition is set to carry out a new escalating revolutionary action, which has been left to be decided by the brothers on the ground. We will have a new media track through which new platforms will be opened to resist this dangerous scheme.”

All our personnel are sacrifices for Palestine, he noted, confirming that this is a central and cemented decision for the coalition.

“We’ve never rested, and we will never do. The steadfast Bahraini voice in support of Palestine will shake the world, and Palestine and the Palestinian people will never be abandoned.”

In Bahrain There Is A Coward Regime but A Valiant People

The irony is that the rulers of Bahrain do announce normalization cowardly, and silence their paid tools not to criticize their actions, while the people, despite suppression, raise their voice high, reject and condemn.

“The Al Khalifah regime is coward. It only observes what is happening in the region under an American-Zionist-Saudi-Emirati protection. The rulers know, however, that the Bahraini streets won’t be empty, and that people, not only in Bahrain, but the entire region, won’t be calm,” Dr. al-Aradi told al-Ahed.

He also didn’t rule out any new possible act of treason by the King of Bahrain: “All options are expected from this betrayer who wants to exit the swamp of February 14 revolution at any cost, whether through participating in the war on Yemen, normalizing with the Zionists, revoking Bahrainis’ citizenships, or torturing and raping their men and women.”

Nevertheless, Dr. al-Aradi made clear that “Our Bahraini people have nothing to do with all their deeds.”

He then concluded that the coalition is united with all brothers inside Bahrain and all other forces to confront this destructive scheme that doesn’t target Manama and Riyadh alone, but they aim at letting it pass through Sanaa, Baghdad, Beirut and the entire region as well.

For us, it is our duty to preserve the Bahraini people’s right by shedding light on their true face.

The so-called ‘peace’ deal is something they don’t accept. The real peace the Bahraini people know is when the pigeons spread their wings over the holy al-Aqsa Mosque in the holy city of al-Quds the moment it will be liberated.