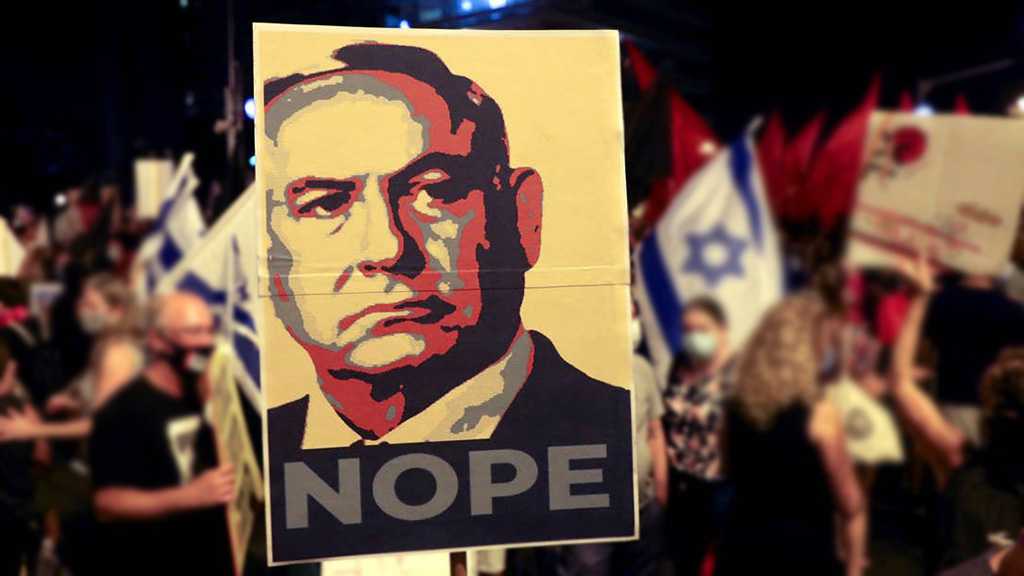 The Zionist entity is divided, and the ‘Israeli’ leadership rides the divisions in the name of its own political survival at the expense of good governance and the occupation entity’s future.

You don’t need to go too far down the ‘Israeli’ entity’s current crash trajectory to understand what awaits ‘Israel’ in the future. Although the Zionist leaders promised to turn ‘Israel’ into the top, in practice it is going in the opposite direction.

The coronavirus exposed all of ‘Israel’s’ weak spots. The ‘Israelis’ live in divided communities, and the government doesn’t function.

All of the troubles that have plagued the ‘Israeli’ entity for decades, issues that were irresponsibly neglected by all governments but particularly by the ones led by Zionist Prime Minister Benjamin Netanyahu, are now exploding in their faces. The chaos is so great that even the last tool at our disposal – a full lockdown – is not even necessarily implementable anymore.

There’s no question about who is responsible for this: Netanyahu is going to go down in the history books as one of the worst prime ministers in ‘Israel’s’ history. For 11 years, Netanyahu did everything to bow to every destructive dictate from the ultra-Orthodox community, to undermine Arab trust, to turn government bureaucrats into enemies, and to undermine the public’s faith in institutions, including the courts system, the police and the gatekeepers, Haaretz added.

Netanyahu will end his role in shaping ‘Israel’ in shame, and one can only hope that it’s not too late. The Zionist entity’s loss of control over the coronavirus is a wake-up call.

So far, the Tel Aviv regime has not managed to carry out localized lockdowns, and it’s not clear if it would be able to carry out a full lockdown, either. The government ministries are standing by helplessly, and lack of obedience is putting ‘Israel’ on one of the world’s worst sickness trajectories.

This isn’t the only issue that’s stuck due to either political failures or a blind eye to anything that isn’t the coronavirus. ‘Israel’ also hasn’t yet set a 2021 budget for which medications will receive funding for HMO members – referred to as the “medicine basket” – and senior Health Ministry posts such as directors of regulation, digital health services, and strategy and planning have been unoccupied for extended periods. Likewise the HMOs haven’t received additional funding to account for population growth and an aging population.

In everything that has to do with employment, the ministries’ actions seem like an arm-wrestling match. The ministers and their bureaucrats sit at two ends of the table and try to improve their own position while wearing out their opponent.

The Zionist entity currently has some 500,000 settlers out of work, according to Central Bureau of Statistics data, but it’s failed in creating tools to help them out of the crisis. It offers no alternative to letting them stay on unpaid leave and receiving unemployment pay.