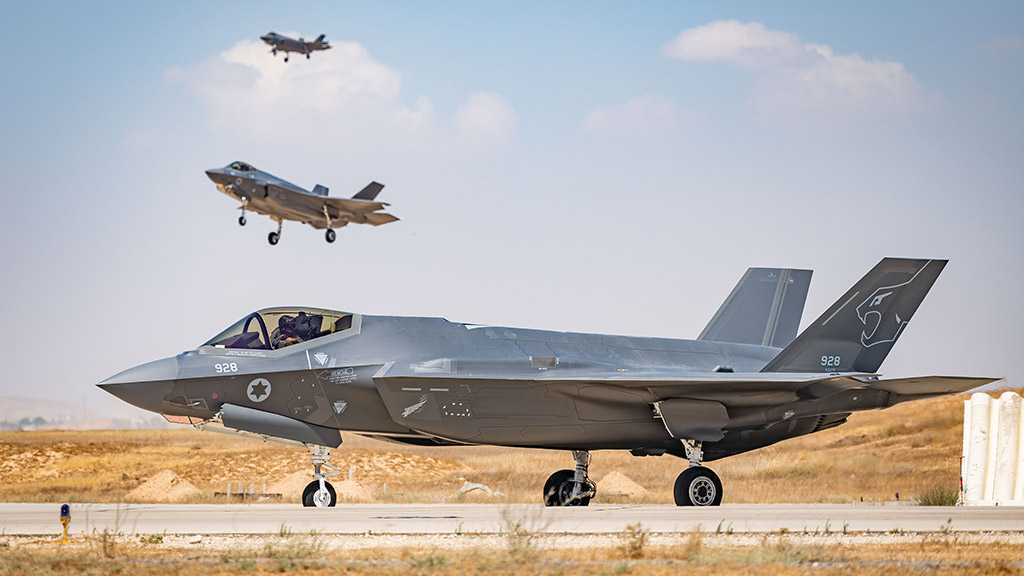 The “Israeli” entity’s so-called intelligence minister on Friday said Tel Aviv would firmly oppose the sale of F-35 fighters and other advanced weaponry to the United Arab Emirates, while continuing to deny the “Israeli” entity had given its approval – tacit or otherwise – to such a deal.

Eli Cohen told the “Israeli” Kan TV news: “We oppose [it]. We will not agree to any sale… We will act against the sale of any weaponry that will hurt ‘Israel’s’ qualitative military edge, including the F-35.”

His comments came as the entity’s Channel 12 news reported that the entity and the UAE were gearing up for a signing ceremony of their normalization agreement in Washington within the next 10 days.

But the report also said that before such a signing takes place, the UAE is demanding that “Israeli” Prime Minister Benjamin Netanyahu stop making public comments against the potential arms sale.

The prime minister on Friday denied a New York Times report that again claimed he had given his okay to the weapons deal, which Washington appears keen to carry out.

Cohen backed the premier, telling Kan: “I was at the cabinet meetings. Today I spoke with the prime minister who said unequivocally that there is no agreement and he didn’t give an okay.”

Cohen asserted that such reports were concocted by “people on the left who find it hard to see 'Israel' manage to make an agreement of peace for peace” rather than in exchange for security concessions.

Asked if “Israeli” would seek to oppose the passage of such an arms deal when it comes to the US Congress for approval, through lobbyist groups such as the American “Israel” Public Affairs Committee [AIPAC], Cohen answered in the affirmative.

As for the signing ceremony, the Channel 12 report said one date floated as a possibility is September 13 – the 27th anniversary of the White House signing of the 1993 Oslo Accords between the entity and the Palestinians. Such timing could serve Netanyahu’s narrative of changing the paradigm of land for peace.

This week saw and “Israeli” delegation make a historic trip to Abu Dhabi on an El Al flight to continue work on the normalization agreement. But it also saw continued controversy over the US-UAE weapons deal that appears according to multiple reports to be part of the package.

Netanyahu again denied Friday that he had removed opposition to the sale, after a New York Times report on Thursday said the premier privately stopped opposing the sale of the planes to Abu Dhabi, despite repeated public assurances that he is against the deal.

“Repeating a false allegation against Prime Minister Netanyahu does not make it true,” Netanyahu’s Office said in a statement. “At no point in the talks with the United States leading to the historic breakthrough with the United Arab Emirates on August 13 did the prime minister give ‘Israel’s’ consent to the sale of advanced weapons to the Emirates.”

Yesh Atid-Telem MK Moshe Ya’alon, a former minister of war under Netanyahu and “Israeli” Occupation Forces [IOF] chief of staff, asked for the Knesset “Foreign Affairs and Defense Committee” to discuss the UAE’s purchase of F-35s.

“I intend to demand close parliamentary oversight of the strategic dialogue between ‘Israel’ and the US. This dialogue can’t be managed any longer by Netanyahu and the national security adviser [Meir Ben-Shabbat] because there’s a heavy suspicion that the decisions being made are tainted with considerations not in line with the strategic interests of ‘Israel’,” Ya’alon was quoted saying by the “Israeli” Walla news site.

The New York Times report, which cited unnamed sources involved in the talks, claimed that along with the ultra-advanced jets and Reaper drones, the deal also includes radar-blocking EA-18G Growler jets, which could erode the effectiveness of “Israel’s” air defense capabilities and put the UAE at a considerable military advantage.

The centerpiece of the deal, however, are the F-35 fighter jets, which the UAE has sought to purchase for several years. The sale has seemingly been held up due to a US commitment to protect the “Israeli” entity’s military edge in the region, which would preclude selling weapons of the same caliber to both the entity and Arab states without an okay from Tel Aviv.

A recent announcement that the UAE is normalizing ties with the entity has brought the weapons deal back to the fore, though after an “Israeli” report that linked the forging of ties with the lifting of the entity’s objection, Netanyahu insisted that he still objects to the sale and that he has repeatedly informed Washington of his opposition.

But officials told The New York Times that Netanyahu’s statements were “false.”

The report also quoted Hussein Ibish, a researcher at Washington’s Arab Gulf States Institute, who said officials from the US, UAE and the “Israeli” entity all told him Netanyahu gave the weapons deal a green light.

Netanyahu told the Emiratis that “there would not be substantive and categorical opposition,” he said.

While the Emirates initially reacted angrily to Netanyahu’s comments against the deal, US officials have since made clear to them that the sale remains on the table and Netanyahu’s comments were intended to soothe a public outcry over the sale, according to the report.

Among those who have expressed concern over the weapons deal is Minister of War Benny Gantz, who was kept out of the loop on normalization efforts with the UAE, but has since spoken out strongly against the sale. His ministry would normally be given the task of vetting any proposed sales to determine the entity’s position.

US officials and some Netanyahu allies insist that the jets would not erode the entity’s edge as they would be used to defend against the common enemy of Iran, as well as the fact that the UAE and the “Israeli” entity are now moving to cement their alliance. But others fear that the planes could be passed to another country or be used against the entity by Abu Dhabi should the region’s complicated network of alliances and enemies shift significantly.

Media commentators have noted that with US and “Israeli” officials touting further potential normalization deals with Oman, Bahrain, Sudan and even Saudi Arabia, a sale of advanced weapons to the UAE could set a precedent for further such regional deals, eroding the entity’s military advantage.

Abu Dhabi has indicated that while there is no direct link between the diplomatic initiative and the arms sales, normalization with the “Israeli” entity should make it easier to push the deal through.

Netanyahu has touted the UAE’s decision to establish open ties with the entity as the crowning achievement of his years of diplomatic work aimed at opening up the Gulf to the entity. “Israelis” have generally welcomed the deal, which came with an “Israeli” promise to suspend plans to annex parts of the occupied West Bank.